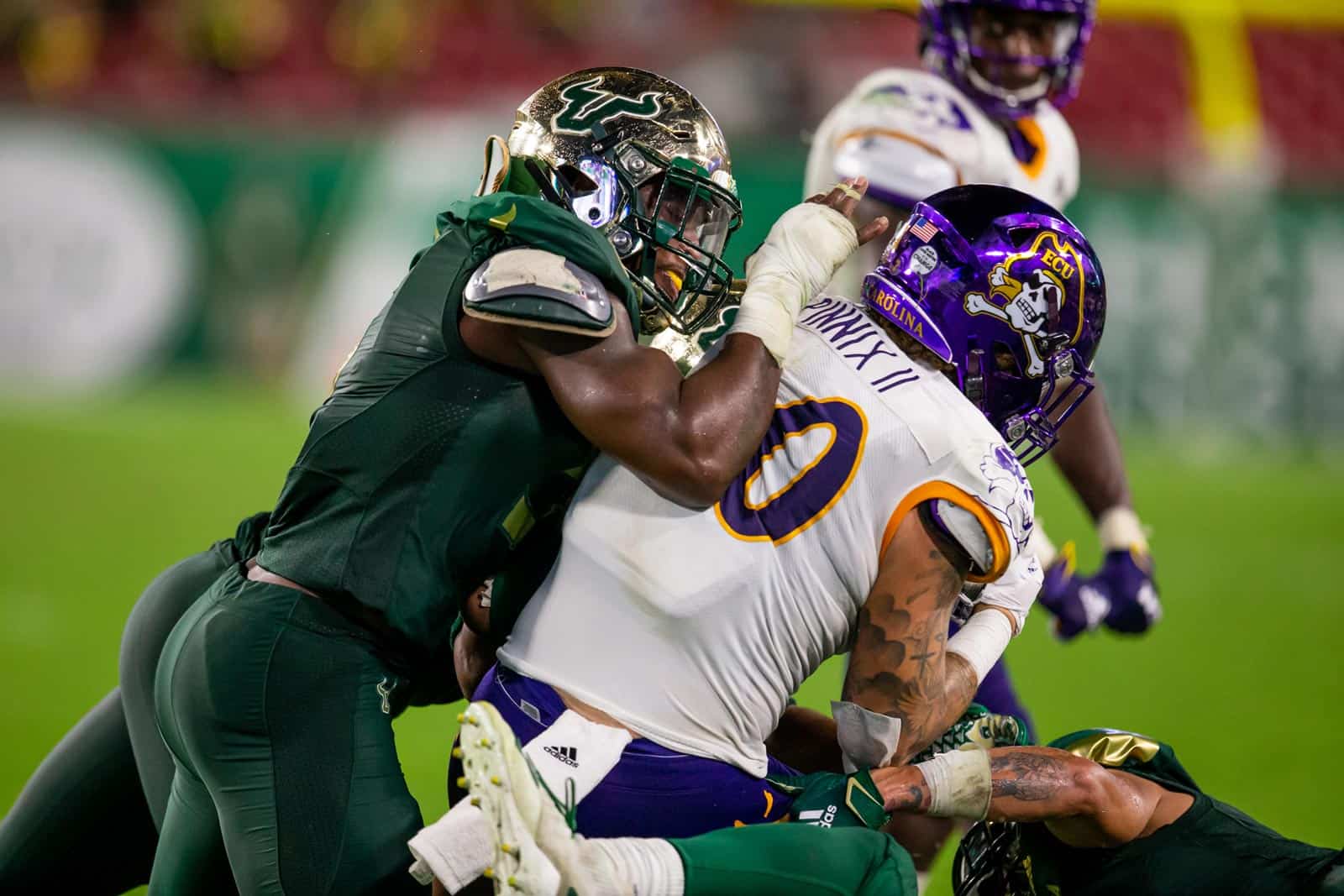 The American Athletic Conference has announced two date changes on the 2021 football schedule which affects a total of three teams.

The USF Bulls at East Carolina Pirates football game, originally scheduled for Saturday, October 30, will now be played on Thursday, October 28. The game will be televised in primetime on one of the ESPN networks.

USF and East Carolina last met during the fall 2020 season in Tampa, Fla. The Pirates won that contest 44-24, but the Bulls still lead the overall series 9-2.

The second and final date change also involves the East Carolina Pirates. Their home game against the Temple Owls, originally scheduled for Thursday, November 4, will now be played on Saturday, November 6.

The Pirates and Owls last squared off on Nov. 21, 2020 in Philadelphia, Pa., with the Pirates coming out on top 28-3. Temple currently holds a one-game advantage in the overall series at 9-8.

Three American football teams are scheduled to begin their seasons on Thursday, Sept. 2. East Carolina is slated to face Appalachian State at Bank of America Stadium in Charlotte, N.C., while Tulsa plays host to UC Davis and USF travels to take on NC State.

American Athletic Conference play in 2021 begins on Saturday, Sept. 25 with Navy at Houston.

Please do a piece comparing the results of the PAC12 and the AAC for the last few years.