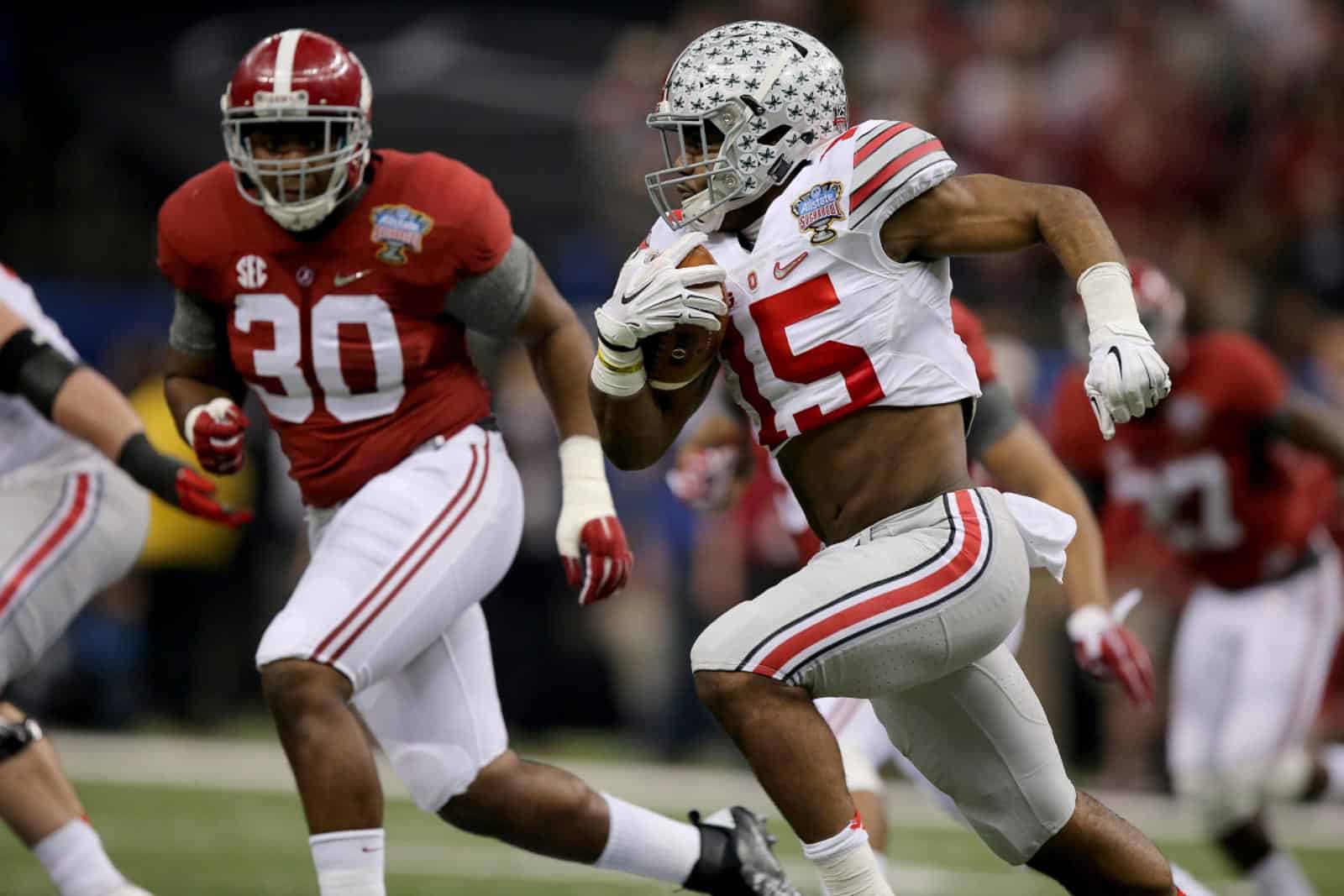 The Alabama Crimson Tide and the Ohio State Buckeyes have scheduled a home-and-home football series for 2027 and 2028, both schools announced on Thursday.

In the first game of the series, Alabama will travel to take on Ohio State at Ohio Stadium in Columbus, Ohio, on Sept. 18, 2027. The Crimson Tide will then host the Buckeye at Bryant-Denny Stadium in Tuscaloosa, Ala., on Sept. 9, 2028, which will conclude the series.

“This series with Ohio State adds another outstanding non-conference opponent to our future football schedules,” said Alabama Director of Athletics Greg Byrne. “We are thrilled at the progress we’ve made in securing such quality home-and-homes that will provide tremendous opportunities for our team and an exciting game day atmosphere for our fans in the coming years.”

“The addition of Ohio State to our future non-conference schedule shows the commitment our program and administration has to creating the best possible games for our players and fans,” Alabama head football coach Nick Saban said. “I have coached a lot of years in the SEC and Big 10 and Bryant-Denny Stadium and Ohio Stadium are two of the very best environments in college football. Non-conference series like Alabama-Ohio State are so important to the health of college football, and we are very pleased that we could get this series completed.”

Alabama and Ohio State first met on the gridiron in 1978 in the Sugar Bowl. The two schools have only met once during the regular-season, which resulted in a 16-10 Alabama victory in East Rutherford, N.J., back in 1986. The Crimson Tide currently lead the overall series 3-1.

Ohio State is the second scheduled non-conference opponent for Alabama for both the 2027 and 2028 seasons. The Crimson Tide are slated to host West Virginia on Sept. 4, 2027 and play at Notre Dame on Sept. 2, 2028.

The Buckeyes’ only other game scheduled for that time period is Boston College on a date to be announced in 2027.

OSU missed a huge opportunity to schedule their home game in this series the week before they visit Ann Arbor.

Never happy are you Z? Got to find a way to get something negative from a positive.

Excellent. This will be a great series. This kind of series is great for the game.

High Five, Spike the Ball, Got to stay in shape so I live long enough to see these two games!

Every year the top teams should play another top team out of conference. If they go to 8 teams in the playoff this will be just and important to win, and losing might not be as bad.

Agree with you, Tom (except for wanting Bama and OSU to be in the playoffs). Only four teams make the playoffs. The regular season lasts 13-14 weeks. The game and fans of the game can only benefit from more quality matchups during the regular season.