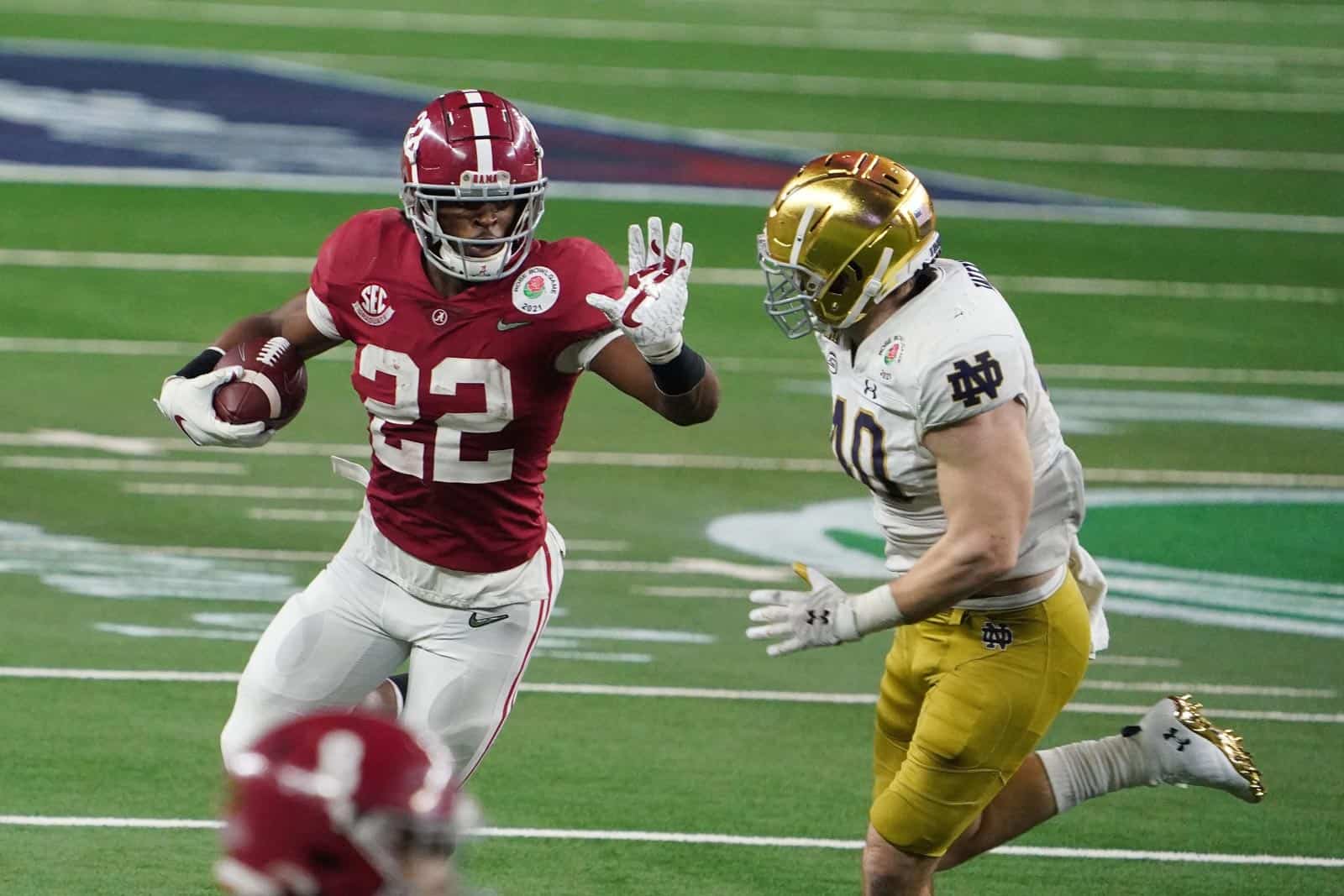 The Alabama Crimson Tide and the Notre Dame Fighting Irish have rescheduled their future home-and-home football series for the 2029 and 2030 seasons, it was announced on Tuesday.

The series was originally scheduled to begin with Notre Dame hosting Alabama at Notre Dame Stadium in South Bend, Ind., on Sept. 2, 2028 and conclude with the Crimson Tide hosting the Fighting Irish at Bryant-Denny Stadium in Tuscaloosa, Ala., on Sept. 1, 2029.

Notre Dame will now host Alabama in South Bend on Sept. 1, 2029 and will travel to face the Crimson Tide in Tuscaloosa the following season on Sept. 14, 2030.

The series was rescheduled in order for Alabama to schedule a home-and-home series with the Oklahoma State Cowboys in 2028 and 2029, which was also announced on Tuesday.

“It doesn’t get more tradition-rich than Alabama and Notre Dame when it comes to college football,” Alabama Director of Athletics Greg Byrne said when the series was originally announced.

Alabama and Notre Dame first met in 1973 and the two schools have played eight times overall. The Crimson Tide won the last meeting 31-14 in the College Football Playoff Semifinal at the Rose Bowl Game on Jan. 1, 2021. However, the Fighting Irish still hold a 5-3 edge in the series.

“We are excited to be able to add a home-and-home series with a team like Notre Dame,” Alabama head coach Nick Saban said, also when the series was first announced. “Alabama and Notre Dame represent two of the most storied programs in college football history. What a great opportunity for our team and our fans to be able to witness these teams play in two of the sport’s most iconic venues in Tuscaloosa and South Bend.”

I’m thinking he will be there.