Alabama to Host Arkansas State in 2018 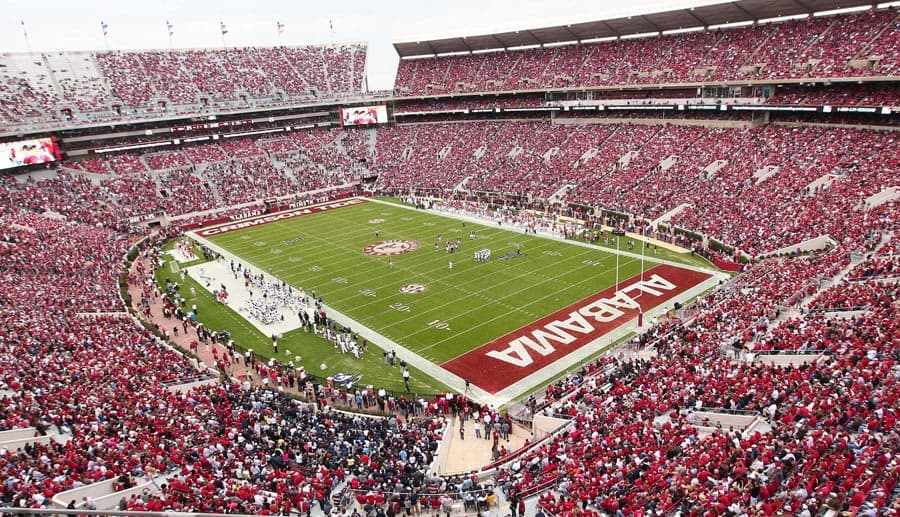 The Alabama Crimson Tide will host the Arkansas State Red Wolves in 2018, the Arkansas Democrat-Gazette has reported.

Alabama will host Arkansas State at Bryant-Denny Stadium in Tuscaloosa on Sept. 8, 2018. The Red Wolves will received a $1.7 million guarantee for the game, according to a copy of the contract obtained by the Gazette.

The Crimson Tide now have two non-conference games set for the 2018 season. Alabama opens the season vs. Louisville at Citrus Bowl Stadium in Orlando, Florida on Sept. 1.

In SEC play in 2018, Alabama is slated to host Auburn, Mississippi State, Texas A&M, and Missouri and travel to Arkansas, LSU, Ole Miss, and Tennessee.

Arkansas State now has three announced non-conference games for the 2018 season. The Red Wolves are also scheduled to host UNLV on Sept. 1 and travel to Tulsa on Sept. 15.

According to A-State Athletic Director Terry Mohajir, their final non-conference game in 2018 will likely be at home vs. a team from the Football Championship Subdivision (FCS).

So, Alabama still has a shot to host Central Arkansas, or Abeliene Christian, for $450K…

Here is how you not be lost, get in your car and drive toward the rising sun for 2,000 mile.

The Red Wolves have been a fairly solid team as of late, not exactly a cupcake but certainly no P5.