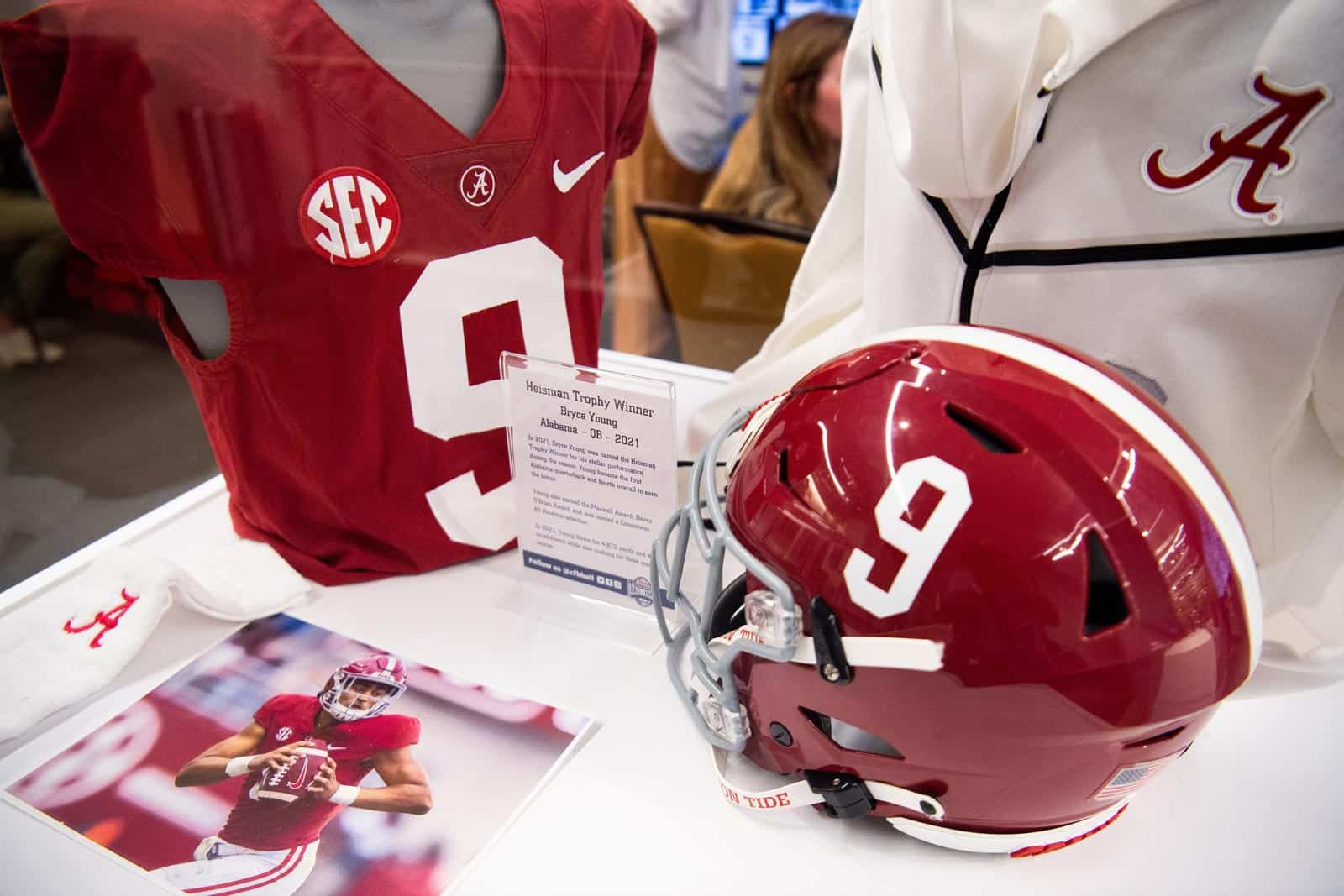 The Alabama Crimson Tide have completed their 2023 football schedule with the addition of the Middle Tennessee Blue Raiders and Chattanooga Mocs, AL.com has reported.

AL.com obtained copies of the football game contracts from the University of Alabama via a state public records request.

Alabama will host Middle Tennessee at Bryant-Denny Stadium in Tuscaloosa, Ala., on Saturday, Sept. 2, 2023. The Crimson Tide will pay the Blue Raiders a $1.6 million guarantee for the game, according to the report.

The Crimson Tide have also added a home game against the Chattanooga Mocs of the Southern Conference in the Football Championship Subdivision (FCS). Alabama will host Chattanooga in Tuscaloosa on Saturday, Nov. 18, 2023 and the Crimson Tide will pay the Mocs a $600,000 guarantee for the contest.

Alabama and Chattanooga first met on the gridiron in 1908 and have played 13 contests overall. In their most recent matchup in 2018, the Crimson Tide defeated the Mocs 50-17 to extend their unbeaten record in the series to 13-0.

In other non-conference action in 2023, Alabama will host the Texas Longhorns in Tuscaloosa on Sept. 9 and will travel to face the USF Bulls in Tampa, Fla., on Sept. 16.

In SEC action in 2023, Alabama is scheduled to host Arkansas, LSU, Ole Miss, and Tennessee and will travel to face Auburn, Kentucky, Mississippi State, and Texas A&M.

I still can’t wait for Alabama’s next home and home series announcement, Greg Bryne has confirmed the team is having discussions with other teams apart from the confirmed ones like Ohio State, Arizona and Boston College.

Imagine if one of those teams is a previously unplayed one.

Good for these smaller programs and their athletic budgets

what a couple of heavyweights Bama fans LOL

Good to see the Tide booking tougher teams from Tennessee than that cupcake they play the third Saturday of every October!