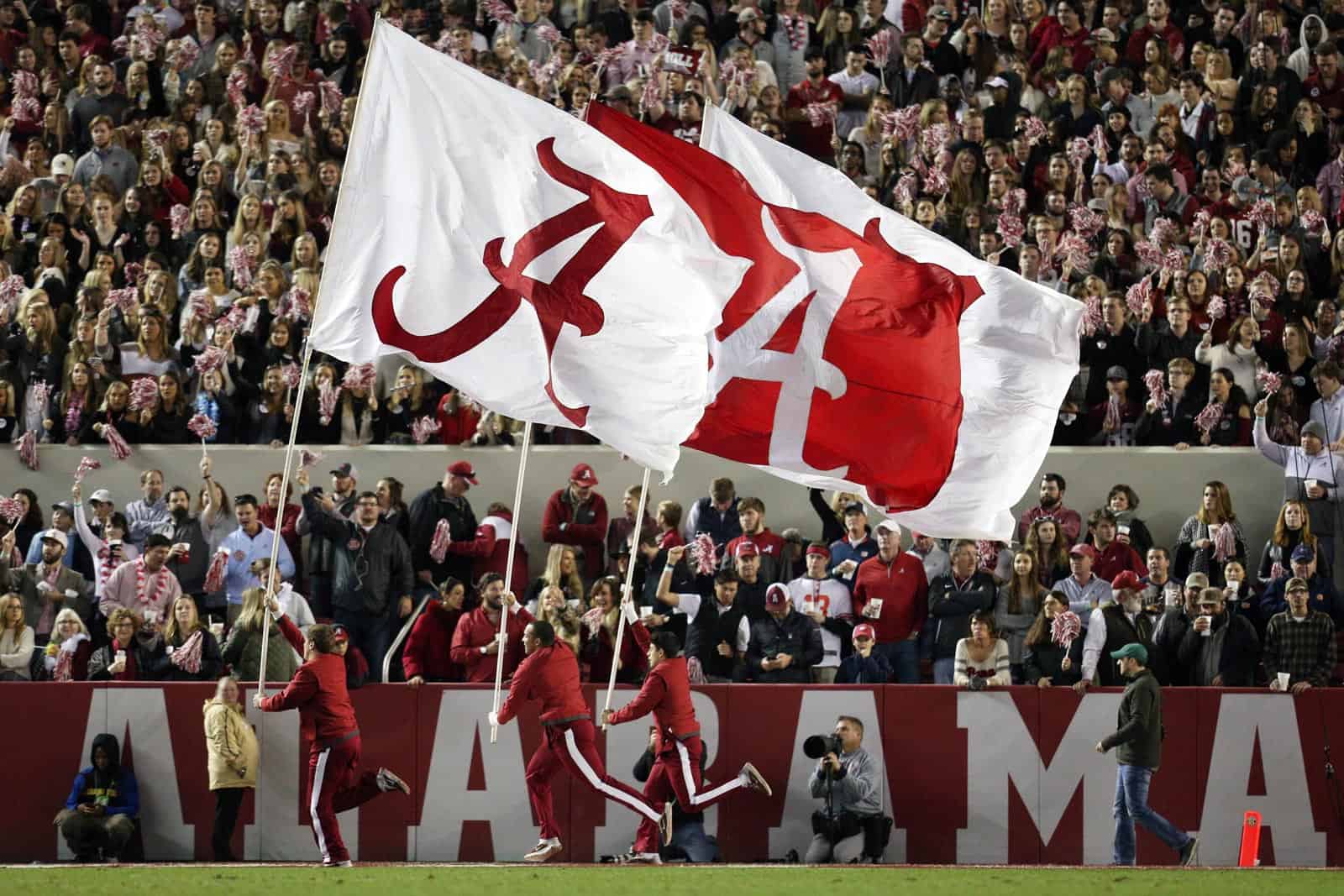 The Alabama Crimson Tide and the Boston College Eagles have scheduled a home-and-home football series for 2031 and 2034, both schools announced on Wednesday.

“Our future schedules continue to fill out nicely with quality home-and-home series, many of which present us with opportunities to play opponents and go places we haven’t been to in a while or ever,” said Alabama Director of Athletics Greg Byrne. “The 2031 matchup in Chestnut Hill will be a great trip for our team and our fans, and we look forward to hosting the Eagles here in Tuscaloosa in 2034.”

Alabama and Boston College first met on the gridiron in the 1943 Orange Bowl and have played four times overall. The Eagles have won three consecutive games in the series, most recently in 1984 in Birmingham, Ala., and currently hold a 3-1 advantage.

“The numerous home-and-home matchups that have been scheduled in recent years are going to make for some great football games for our program and our fan base,” Alabama head football coach Nick Saban said. “We are excited to add a trip to Chestnut Hill for the 2031 season and look forward to the challenge that awaits us with the Boston College series.”

“As we look to build out our future schedules, it was important for us to find a series that would resonate with our fan base and television partners,” said Boston College Director of Athletics Pat Kraft. “We are excited to begin the two-game series with the Crimson Tide and finally get the opportunity to host Alabama at Alumni Stadium in 2031.”

Why can’t Oregon and Alabama schedule each other? They seem like they want to avoid each other as much as possible, even tho fans have wanted a matchup between them ever since like the early 2010’s, plus Oregon is a much better opponent than all of Alabama’s future opponents except Ohio State and Oklahoma.

I’ll wait till the day happens tho

I guess I missed the demand for a series between Bama and Oregon. And I would not agree that Oregon is “much better” than Texas, Wisconsin, Florida St. and Notre Dame.

Florida State and Texas are much worse than Oregon right now, at least in my opinion, Wisconsin is on par with them but I agree Notre Dame is much better.

What will this game look like in 10 years. Will Nick Saban or the Hologram / AI of Nick Saban be the coach of Alabama? Will Boston College be a great, good or below average team? Will the NIL make the Urban School more or less attractive for recruits than they are now? Will Alabama be the best in the SEC? How relevant will out of conference games be in 2031?

I give Alabama credit for scheduling several tough series this week for the next decade. I also give credit to any school who decides to schedule Alabama.

Kevin, when will the Boston College series be added to the list of future opponents ?

I added them but forgot to do one thing. They are up now.

I like that Alabama is moving on from the neutral site one-off games and scheduling two true home and homes with power 5’s. May they lead the way for the rest of the P5.