Akron at Buffalo football game postponed due to snowstorm 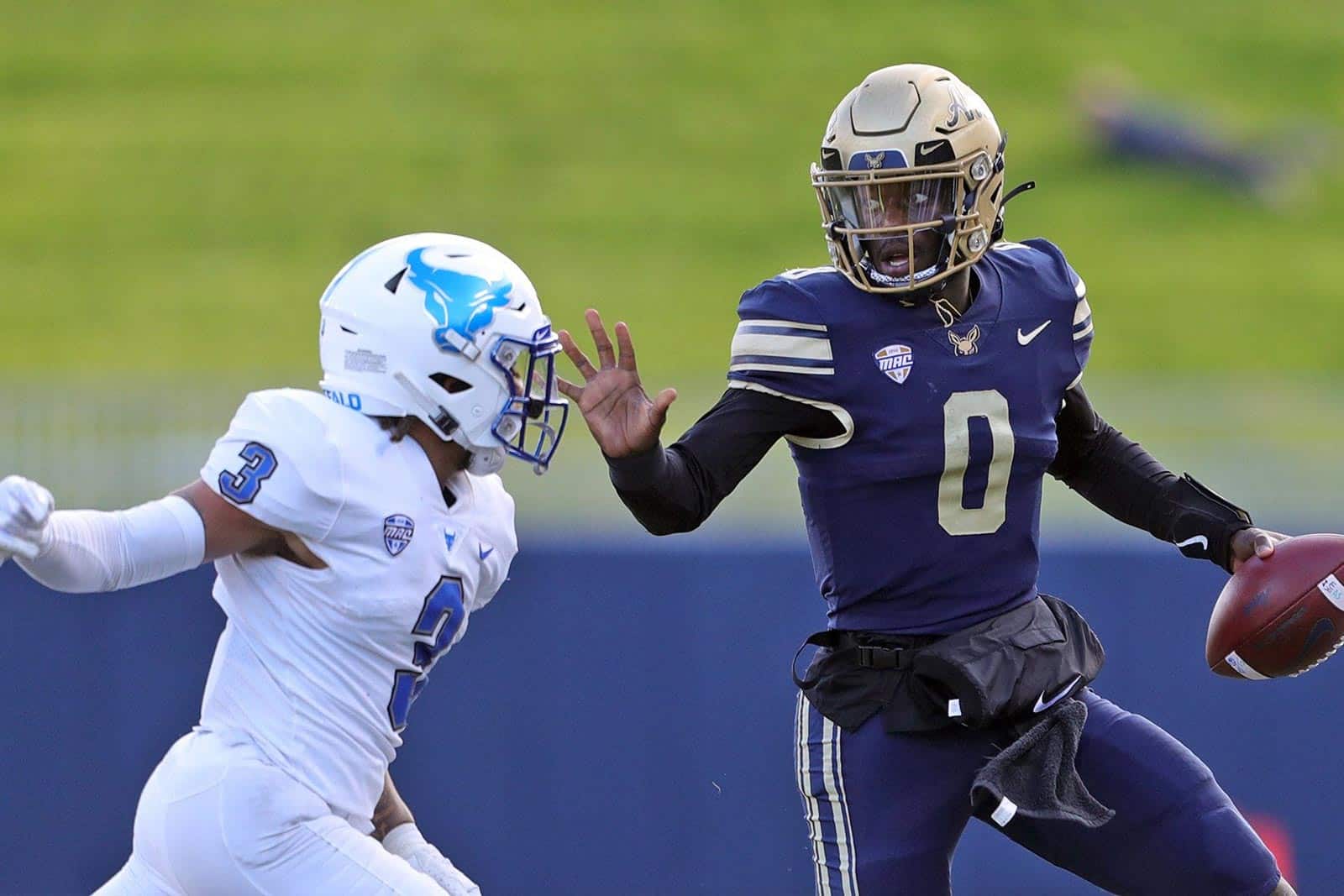 The Akron Zips at Buffalo Bulls football game has been postponed due to weather, the Mid-American Conference (MAC) announced on Friday.

The two schools were scheduled to meet at UB Stadium in Buffalo, N.Y., on Saturday, Nov. 19, 2022. The game was postponed due to “…current weather conditions in the Buffalo, NY area.” According to the release, the Akron-Buffalo game may be played on Sunday if weather and travel conditions permit.

A massive snowstorm is starting to hit Western New York today. The same storm forced the relocation of the NFL matchup between the Cleveland Browns and Buffalo Bills, who will now square off at Ford Field in Detroit, Mich., on Sunday.

The Buffalo Bulls (5-5, 4-2 MAC) are currently a half game out of second place and a game and a half behind the first-place Ohio Bobcats in the MAC East Division. Akron is winless in MAC play so far this season at 0-6 (1-9 overall).

With Buffalo still in contention for a MAC Championship Game berth, the Bulls would surely like to get there contest with Akron played. Additionally, Buffalo is only one win away from obtaining postseason bowl eligibility.

If Bowling Green beats Ohio next week, and Buffalo beats Kent State, then Buffalo will finish 0.5 games back of a three-way-tie for first in the MAC East. Buffalo would win a 3-way-tie if they, BGSU, and Ohio all finish 6-2 in MAC play, as they all went 1-1 against eachother, but Buffalo would have a better division record.
Unless the MAC Championship game can be postponed by a week, or they can somehow play the Buffalo/Akron game on Monday, then it looks like Buffalo will miss out on a division title. If Ohio beats BGSU though, then Buffalo’s MAC Championship aspirations are done anyways.

Why not play the game in Akron?

Why didn’t they just move the game to Akron?