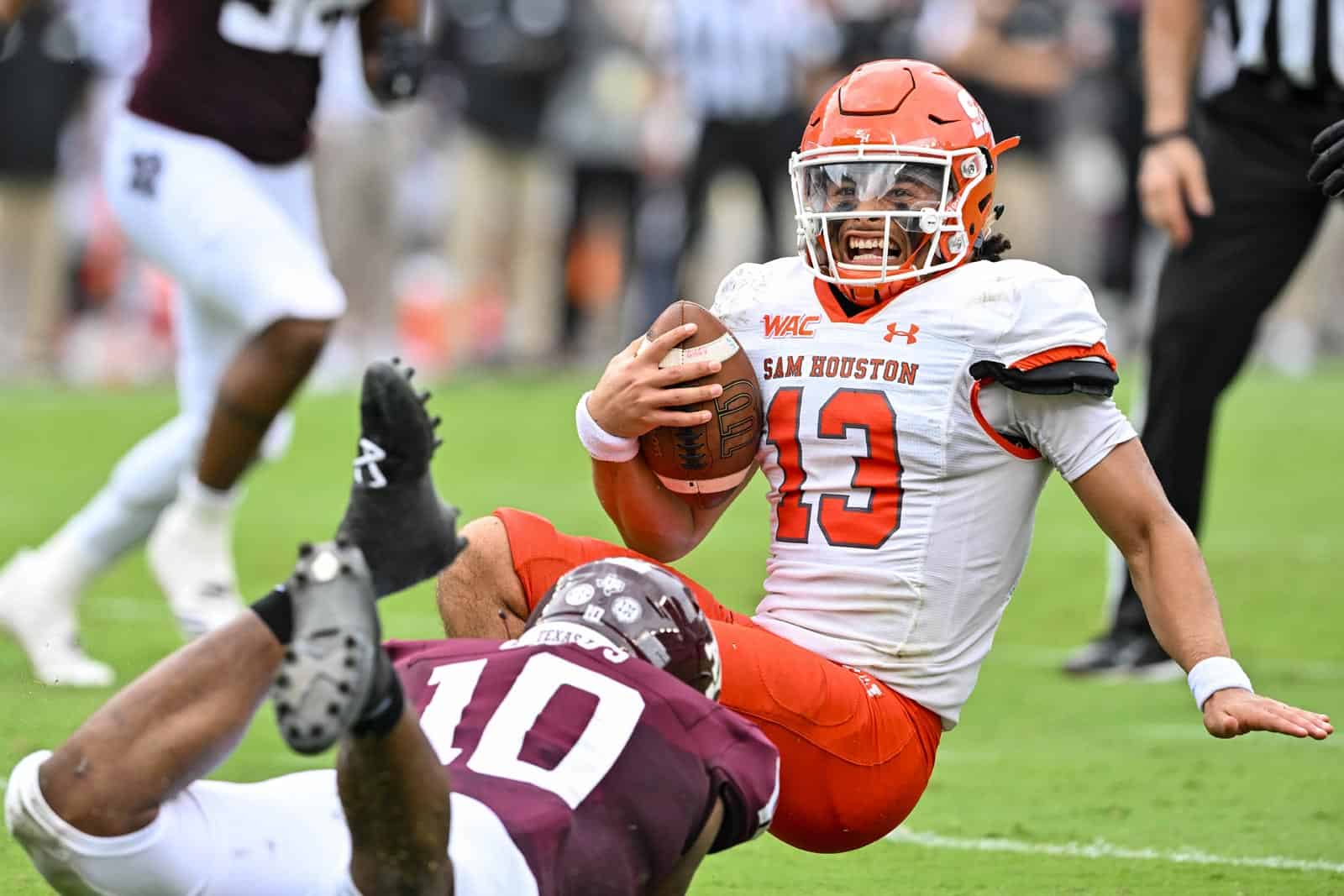 The Air Force Falcons and the Sam Houston Bearkats have scheduled a home-and-home football series for the 2023 and 2025 seasons, both schools announced on Thursday.

In the first game of the series on Sept. 9, 2023, Sam Houston will host Air Force not at their home stadium in Huntsville, Texas, but rather at NRG Stadium in Houston and the Bearkats will be considered the home team. NRG Stadium is the home of the Houston Texans of the NFL and has a seating capacity of 72,220.

Two seasons later, the series will conclude when the Bearkats travel to take on the Falcons at Falcon Stadium in Colorado Springs, Colo., on Sept. 13, 2025.

For Air Force, the series with Sam Houston replaces a previously scheduled home-and-home series with the New Mexico State Aggies that was slated for the same dates. New Mexico State is canceling some of their future non-conference games as they prepare to transition from Independent status to Conference USA next season.

“With New Mexico State’s entry into Conference USA and their need to now put together a conference schedule as opposed to an independent, Air Force had the opportunity to explore other opponents for our home and home series in 2023 and 2025,” Air Force Director of Athletics Nathan Pine said. “Coach Calhoun and I have expressed our desire to find opportunities to play games in the state of Texas because of its rich recruiting, and the strong military and graduate presence throughout the state. We are looking forward to playing Sam Houston State in beautiful NRG Stadium in Houston and to their return to Falcon Stadium in 2025.”