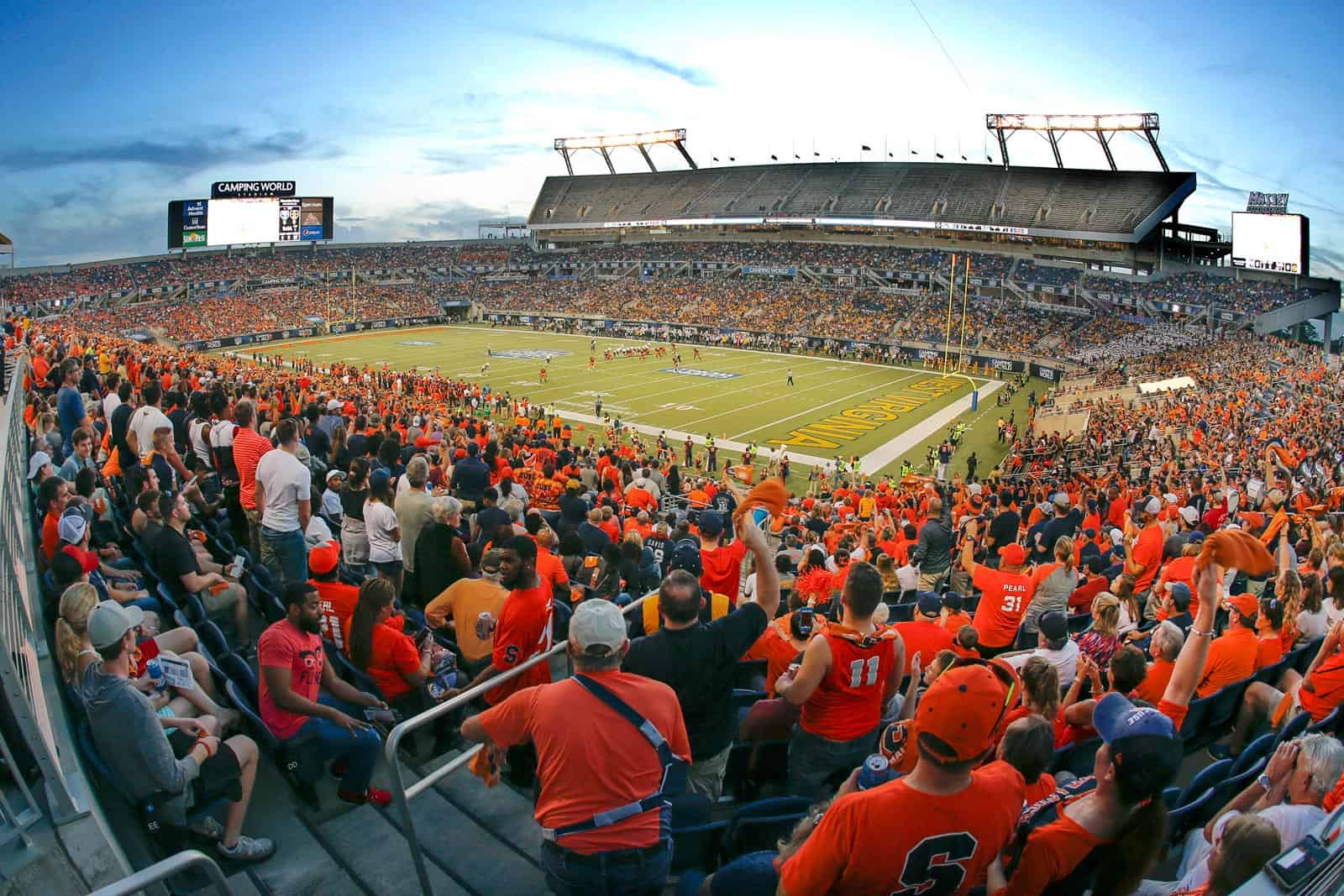 The ACC has announced their bowl lineup for the 2020 through 2025 season, which includes the SDCCU Holiday Bowl and a new bowl in Boston.

The SDCCU Holiday Bowl is played at Qualcomm Stadium in San Diego, California and will include an opponent from the Pac-12. The Boston Bowl will feature the ACC taking on a team from the American Athletic Conference at Fenway Park, Brett McMurphy reported in April.

Bowls dropped from the ACC’s new lineup include the Walk-On’s Independence Bowl in Shreveport, Louisiana, and the Quick Lane Bowl in Detroit, Michigan.

The ACC’s bowl agreements from 2020 through 2025 also include the College Football Playoff, which one of their teams has played in each season since it began in 2014. The ACC will also send a team to the Capital One Orange Bowl in years that it doesn’t host a Playoff Semifinal contest.

Below is the complete ACC bowl lineup from 2020 through the 2025 season:

ESPN Events and the ACC, according to the release, …”will collaborate on the selection of one ACC team” to one of the following bowls:

“We are proud to partner with this exceptional collection of bowls for the 2020-25 seasons,” said ACC Commissioner John Swofford. “We have enjoyed the long-standing relationships and look forward to working with those that are new to our lineup. The partnerships provide our 15-member league premier matchups, enhanced financials and attractive destinations.”

They’re really on you to list corporate sponsors eh?

Head North young football players for your Bowl games. Outdoor games in Boston, New York and Annapolis Maryland at the beginning of winter. Bowl games do not have to mean fun and sun, it can mean Baked Beans, Broadway and Braised Oysters!