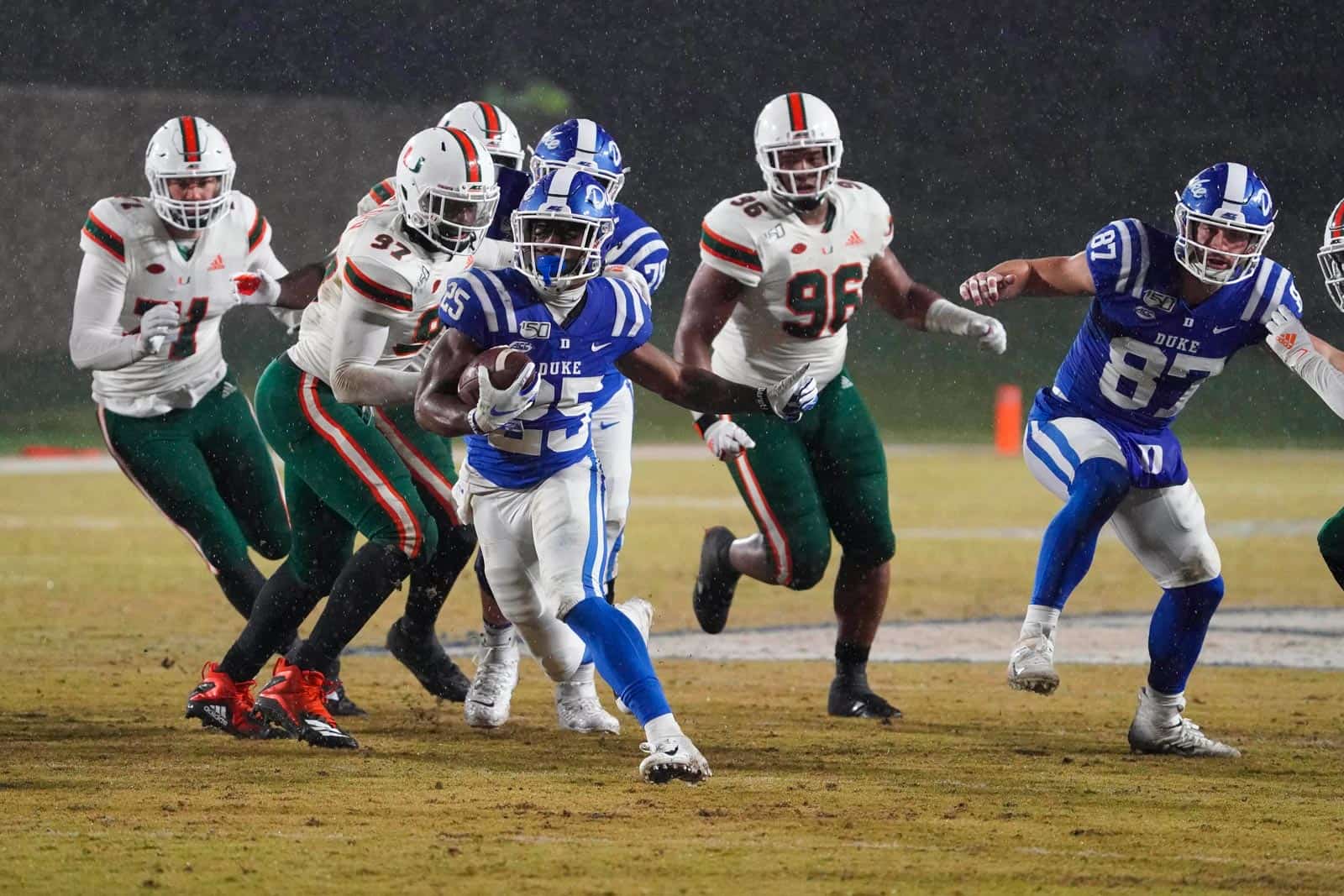 The ACC has announced a football schedule change for Saturday, December 5 that affects three teams and two games.

The Florida State Seminoles at Duke Blue Devils football game, originally scheduled for Saturday, Dec. 5, will not be played due to ongoing COVID-19 issues at FSU.

Instead, the Duke Blue Devils will now host the Miami Hurricanes at Wallace Wade Stadium in Durham, N.C., on Saturday, Dec. 5. The game will be televised by the ACC Network at 8:00pm ET.

The ACC also announced the kickoff times and television assignments for the remaining games on Saturday, Dec. 5. Below is the revised ACC football schedule for Dec. 5 (Week 14):

The 2020 ACC Football Championship Game is scheduled for Saturday, Dec. 19 at Bank of America Stadium in Charlotte, N.C. The game will be televised by ABC at 4:00pm ET.

Some postponed ACC football games are also likely to be made up on Saturday, Dec. 19. Two games are already slated for that day — Georgia Tech at Miami and Wake Forest at Louisville.

Kind of odd that the ACC didn’t reschedule the Wake-Louisville game for Dec. 5, since it was originally scheduled then before being moved twice! I guess it probably has to do with Wake’s Covid situation. Such is life!