9 replacement games for college football in 2020 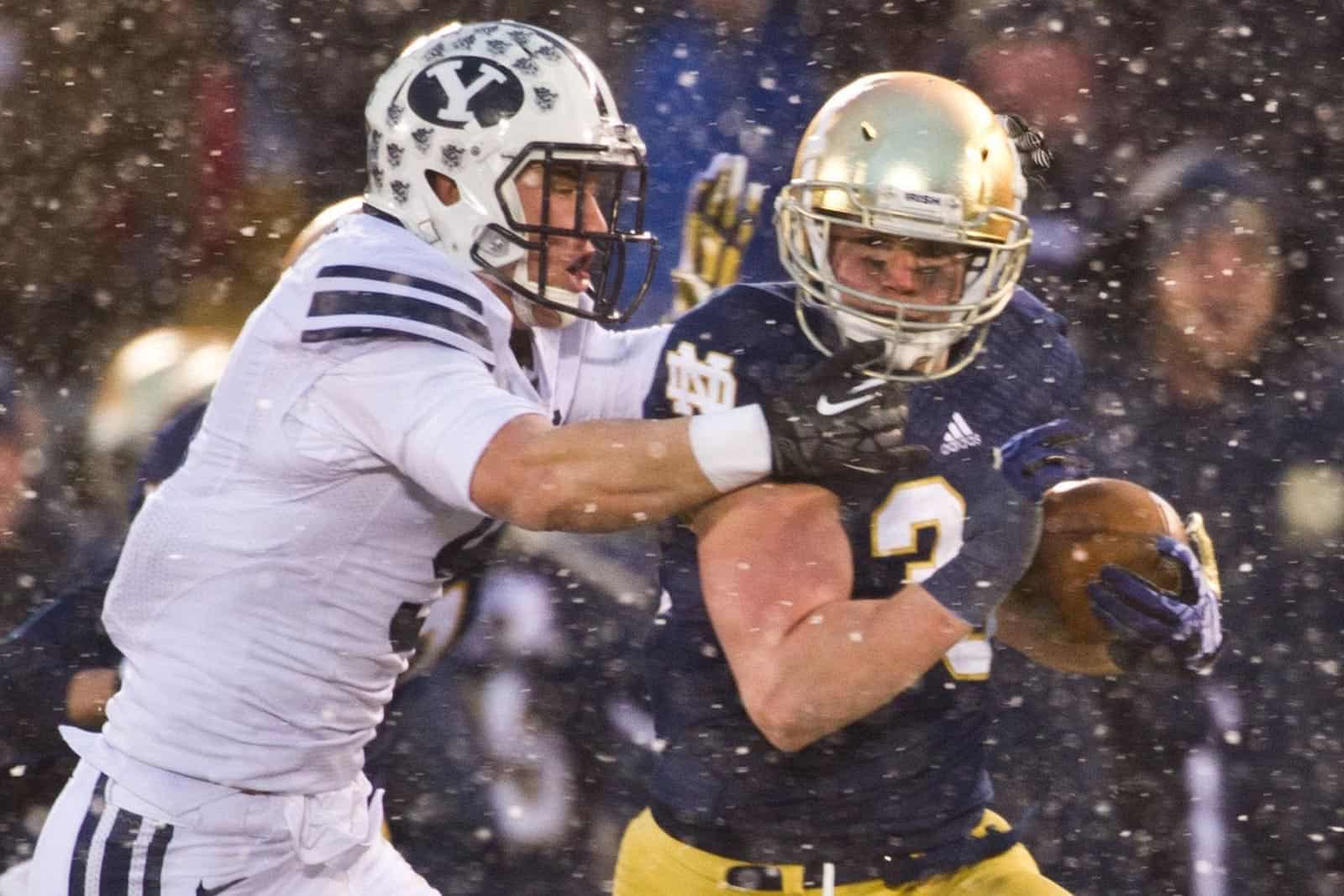 With the Big Ten and Pac-12 officially out of the business of playing non-conference games in 2020, clubs from the ACC, Big 12 and SEC have empty slots on their dance cards.

What follows is an attempt to marry up the most available partners by week, pairing those programs who both have a need on a given date.

As it turns out, some of these matchups are just as delicious as the games they could potentially replace.

Alabama and Oklahoma State were both set to kickoff the 2020 season vs. Pac-12 opponents. For the Crimson Tide, it was USC in Arlington, Texas on Saturday, Sept. 5 while for the Cowboys it was a visit from Oregon State a couple of days earlier, on Thursday night.

While Alabama-USC was one of the more attractive Week 1 games, Vegas has Oklahoma State tied at No. 17 in odds to win a national title in 2020 vs. USC’s No. 15 rank. It amounts to the new matchup retaining national significance. The game could still be played at AT&T Stadium in its original Saturday time slot.

The Crimson Tide and Cowboys have only clashed on the gridiron once previously, in the 2006 Independence Bowl, a 34-31 win for Oklahoma State.

Like Alabama and Oklahoma State, TCU and BYU were slated to begin 2020 vs. Pac-12 members. For the Horned Frogs it meant a roadie at Cal on the Saturday and for the Cougars it was an in-state trip to Utah that Thursday night. The new matchup could be played whenever it best fit into the Week 1 TV lineup and could even be sited neutrally since both teams were already planning on an away game.

TCU and BYU have played 11 times previously, all but two of the meetings came when both were members of the same conference – the Mountain West (2005-11) and the WAC (1996-97). The Horned Frogs lead the series 6-5 and have won four-straight.

Iowa State was scheduled to visit in-state rival Iowa in Week 2 while Virginia Tech was set to host Penn State. Both games were slated for Saturday, Sept. 12 and would have served as excellent early-season tests for programs who are trying to get into the national conversation. While the new matchup wouldn’t be must-see TV, it would serve as an above-average replacement to what was originally planned.

It would also be the first-ever football meeting between the two programs. The Cyclones have only won two games in history over current ACC programs (Florida State in 1975 and Pitt in the 2000 Insight.com Bowl) while the Hokies have only won three games vs. current Big 12 schools other than West Virginia (K-State in 1967, Oklahoma State in 1972 and Texas in the 1995 Sugar Bowl).

Houston was slated to visit Washington State in Week 2 while Syracuse was scheduled to travel to Rutgers. Both were booked for Saturday, Sept. 12 and could be played as a bonus home game at either venue. Though it wouldn’t fulfill the requirement of a non-conference Power opponent for the Orange, Houston is arguably a tougher test than the Scarlet Knights would have been.

The Cougars and Orange have met twice previously – the 1996 Liberty Bowl (a win for Syracuse) and during the 1970 regular season (a win for Houston).

Though many football fans in the Lone Star State would rejoice if the Aggies and Longhorns reunited on the gridiron, this convenient matchup would serve as a delicious alternative. Texas Tech had a visit from Arizona booked for Week 3 while Texas A&M was due to host Colorado. Both games were slated for Saturday, Sept. 19. While this replacement game would be ideal for a neutral site, both fan bases would be eager to have it featured on either campus.

Air Force was due to travel to Purdue in Week 3 while West Virginia was set to host Maryland. Even though the Falcons are a quality replacement they wouldn’t serve as a Power opponent for the Mountaineers. The good news is, WVU doubled-up on Power non-league foes this season and still has its opener vs. Florida State in Atlanta on tap.

Both Cincinnati and Miami had road trips booked to Big Ten schools for Week 4. The Bearcats were scheduled to visit Nebraska and the Hurricanes were booked at Michigan State. Both games were slated for Saturday, Sept. 26. While it’s a slippery slope to argue that Cincy is the same caliber opponent as the Spartans would have been, compare the Bearcats 22-5 record over the last two seasons (which included two Top 25 finishes) with Michigan State’s 14-12 mark (which included no mention in the postseason polls) over the same time period.

Cincinnati and Miami have met 13 times previously, including consecutively from 1982-98 when both were independents. The Hurricanes lead the all-time series 11-2, the Bearcats only wins coming as bookends – in the first game of the series (1947) and the most recent (2015).

Another pair of Week 4 matchups upended by the Big Ten, BYU was scheduled to visit Minnesota on Saturday, Sept. 26 while Boston College was slated to host Purdue. This switch-a-roo would serve both schools well, providing a quality opponent without over-committing. It also wouldn’t matter whether the ACC recognized the Cougars as a Power foe, or not, as the Eagles also have a roadie to Kansas booked for Week 3.

BYU and Boston College have met three times previously – a home and home in 2005-06 (both wins for the Eagles) and in the 1985 Kickoff Classic in East Rutherford N.J. (a win for the Cougars).

The Irish and Cougars were both scheduled to close out the 2020 season in California. Notre Dame was set to visit USC for its annual clash with the Trojans while BYU had a date at Stanford. Both games were slated for Saturday, Nov. 28. This replacement matchup would be attractive nationally and would provide a solid finish for the top two independent clubs in the FBS.

The Irish and Cougars have met eight times previously, all from 1992-2013. Notre Dame holds a commanding 6-2 lead in the series and has won three-straight.

Does the virus have plans to magically disappear or something permitting college traveling parties to parade themselves solely to be watched on television for my personal amusement? Sign me up

Based on news media outlet reporting, the virus did magically disappear for shoulder to shoulder protests over a month period in ever hit spot city in country.

This should feature local, bus-distance road trips such as SHSU @ Houston

BYU/Cincinnati Week 4 please, and thank you! Would love to see these so called smaller schools not let the so called big boys dictate things for them and get a marque matchup with national interest on the schedule. Let’s go AD’s, get it done.

Dang!… I wanted to see 16-0 N.Dakota State vs Oregon! Too bad it cancelled… Then Oregon would have faced Ohio State next game…