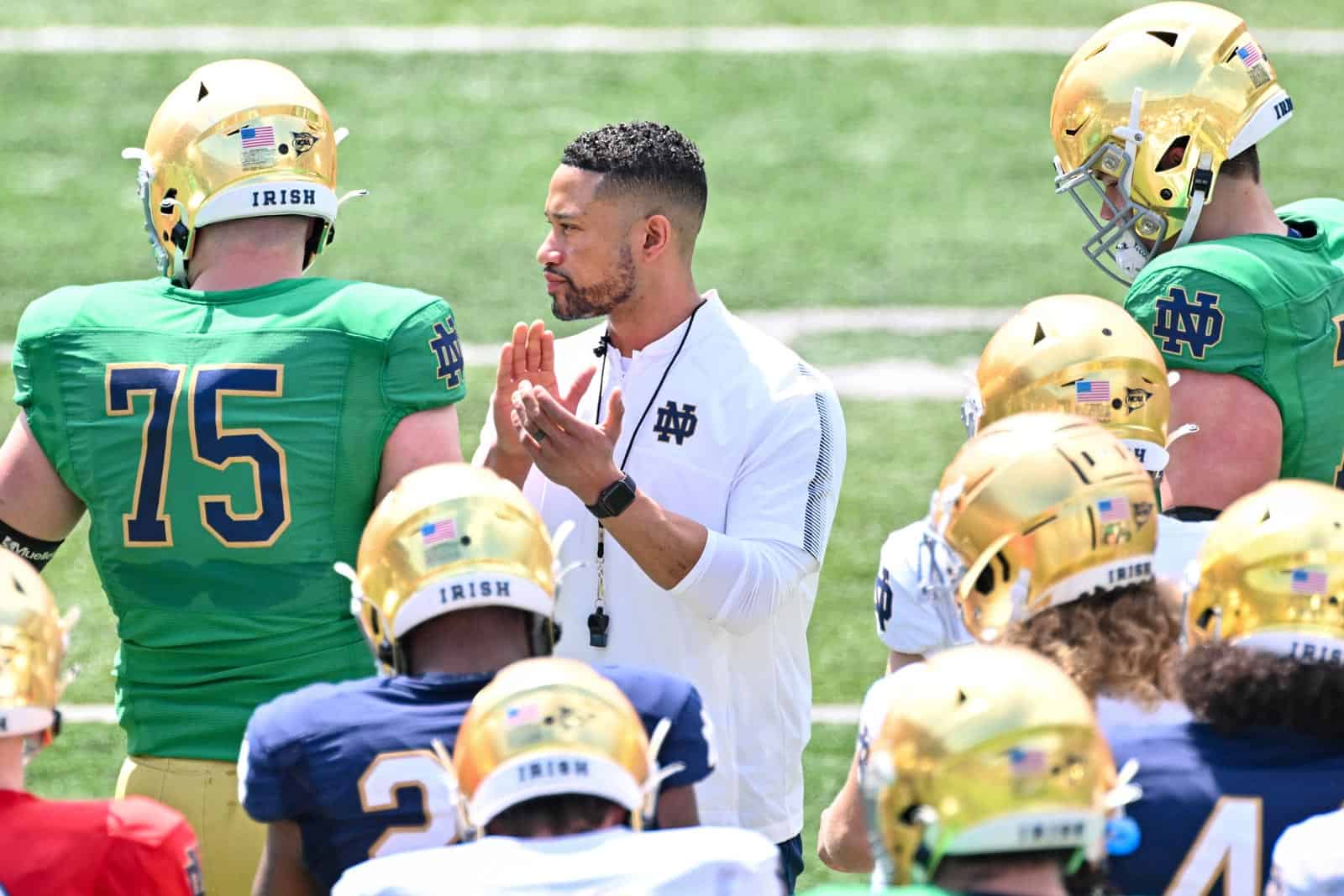 A couple of weeks ago we highlighted a handful of new head coaches who, by virtue of an easier early schedule, will look like the answer to everyone’s prayers by the end of September. This week, we look at the opposite angle – new leaders with a tough enough first-four games to make their hire look, well, questionable.

Joe Moorhead played quarterback at FCS Fordham in the early 1990s and then spent more than a decade (including five seasons at Akron) as an offensive assistant before landing the head job at his alma mater in 2012. After a 38-13 run in four seasons with the Rams, Moorhead took the OC job at Penn State in 2016. That led to an opportunity to take the head spot at Mississippi State, a role that ended after a 14-12 mark in two years. He most recently served as the OC at Oregon (2020-21) and takes over at Akron for Tom Arth, who compiled a 3-24 record before being released nine games into last season.

After what ought to be a win in the opener, Moorhead might have the toughest start of any new head coach – consecutive roadies at a top-ranked Big Ten program, an SEC school and an independent that continues to crank out wins. Akron has won a total of three games in the last three seasons and hasn’t scored a win over a Power opponent since shocking Northwestern 39-34 in 2018. The Zips have never beaten an SEC club and have never won vs. a ranked opponent.

Billy Napier played quarterback at FCS Furman before starting his coaching journey, a 15-year odyssey that made stops as an offensive assistant at Clemson, Alabama, Colorado State, and Arizona State. He landed the head job at Louisiana in 2018, leading the Cajuns to a 40-12 mark in four seasons that included back-to-back Sun Belt titles and Top 25 finishes. He takes over the reins in Gainesville from Dan Mullen, who was dismissed after posting a 34-15 record from 2018-21.

Napier is one of only three new head coaches who will face three Power clubs in their first four outings. And while Utah, Kentucky, and Tennessee might not look like the Murderers’ Row of September – the Utes and Wildcats combined for a 20-7 record last year and both earned mention (Utah at No. 7 and Kentucky at No. 21) in ESPN’s Way-Too-Early Top 25 for 2022.

Though Billy Napier is a solid hire, he might be in for a rough September. If he does manage to engineer a 3-1 or 4-0 start, he likely won’t get the credit he deserves. He’ll be expected to win, even if it’s an uphill battle that doesn’t look like one.

First four games: Nevada, at Minnesota, at UTEP, at Wisconsin

Kill’s return to head coaching will likely be bumpy. He’ll lead a program that’s won eight total games since 2018 into a September featuring a pair of Group of 5 schools that combined for a 16-11 record last year and a pair of Big Ten programs that went 18-8. The Aggies haven’t beaten a Power club since 2011 when they visited Minnesota and scored a 28-21 upset – also, ironically, Kill’s second-ever game as the Gophers’ head coach.

Marcus Freeman played linebacker at Ohio State from 2004-08 and began his coaching career as a defensive assistant at Kent State and Purdue. He was promoted to the Boilermakers’ DC in 2016 and held the same position at Cincinnati (2017-20) and Notre Dame (2021) before being named the Irish’s head coach after the uncharted departure of Brian Kelly to LSU.

Freeman is the second of the three new head coaches with a trio of Power opponents in September. Though a loss at Ohio State (which ought to be in the Top 5) would be deemed “acceptable” any other misstep, including a narrow victory to a Tar Heel team who will come ready to redeem itself after two straight losses to the Irish, would be considered a warning flag for a fanbase that’s only suffered two September losses over the last five seasons – a one-point defeat vs. (15) Georgia in 2017 and a 23-17 loss at (3) Georgia in 2019.

It’s only taken Dan Lanning 15 years to land a Power 5 head coaching job. After a series of gigs as a GA, Lanning landed at Memphis in 2016 as a defensive assistant and moved on to Georgia in 2018, eventually being promoted to DC. Oregon marks his first-ever head coaching role, taking over for Mario Cristobal who took the head job at his alma mater, Miami Fla.

Not only is Lanning the third of the three new head coaches with three Power foes on tap for September, two of his are in ESPN’s Way-Too-Early Top 25 – Georgia comes in at No. 3 and BYU is No. 18. While the Ducks’ fanbase doesn’t have the expectations of say an Oklahoma or Ohio State, a 2-2 start won’t look promising heading into Pac-12 play.

Joey McGuire’s resume as a college football coach is brief, especially given that he’s just hit the 50-year milestone in the game of life. McGuire spent two successful decades as a Texas high school football coach before landing a role coaching tight ends at Baylor in 2017, where he went on to spend five seasons as an offensive assistant and assistant head coach. It was enough to get him the head job at Texas Tech, who wanted to go an entirely different direction after parting ways with Matt Wells.

After what should be a win in the opener, McGuire will welcome Houston, which ESPN has at No. 13 in its early sweepstakes. After that, it’s a roadie to NC State which doesn’t look like a big deal until you realize that ESPN has the Wolfpack at No. 8. The month wraps up with a home date vs. Texas. Are the Longhorns back? It might not matter as Tech has dropped six straight to UT in Lubbock. McGuire’s super enthusiastic, all-in approach will be tested early, as will the patience of a Red Raider fanbase that’s desperate to believe in its football program again.

Jim Mora hasn’t stalked the sidelines since posting a 46-30 mark at UCLA from 2012-17. Though he played defensive back and linebacker at Washington in the early 1980s, and got his coaching start there as a GA, most of Mora’s experience has come at the pro level. After moving around the NFL as a defensive assistant/DC, he spent from 2004-06 as the head coach at Atlanta and a single season (2009) in the same role at Seattle. He takes over at UConn for Randy Edsall who stepped down after a 6-32 mark in five seasons.

Not only will Mora lead a Huskie program that hasn’t won a game vs. an FBS foe since downing UMass in 2019 and hasn’t beaten a Power opponent since edging Virginia in 2016 – he’ll do it against the reigning Mountain West champs, an ACC Atlantic club, and a Michigan squad that ESPN has at No. 5 in its early predictions.

Good to see Jim Mora back in the game.