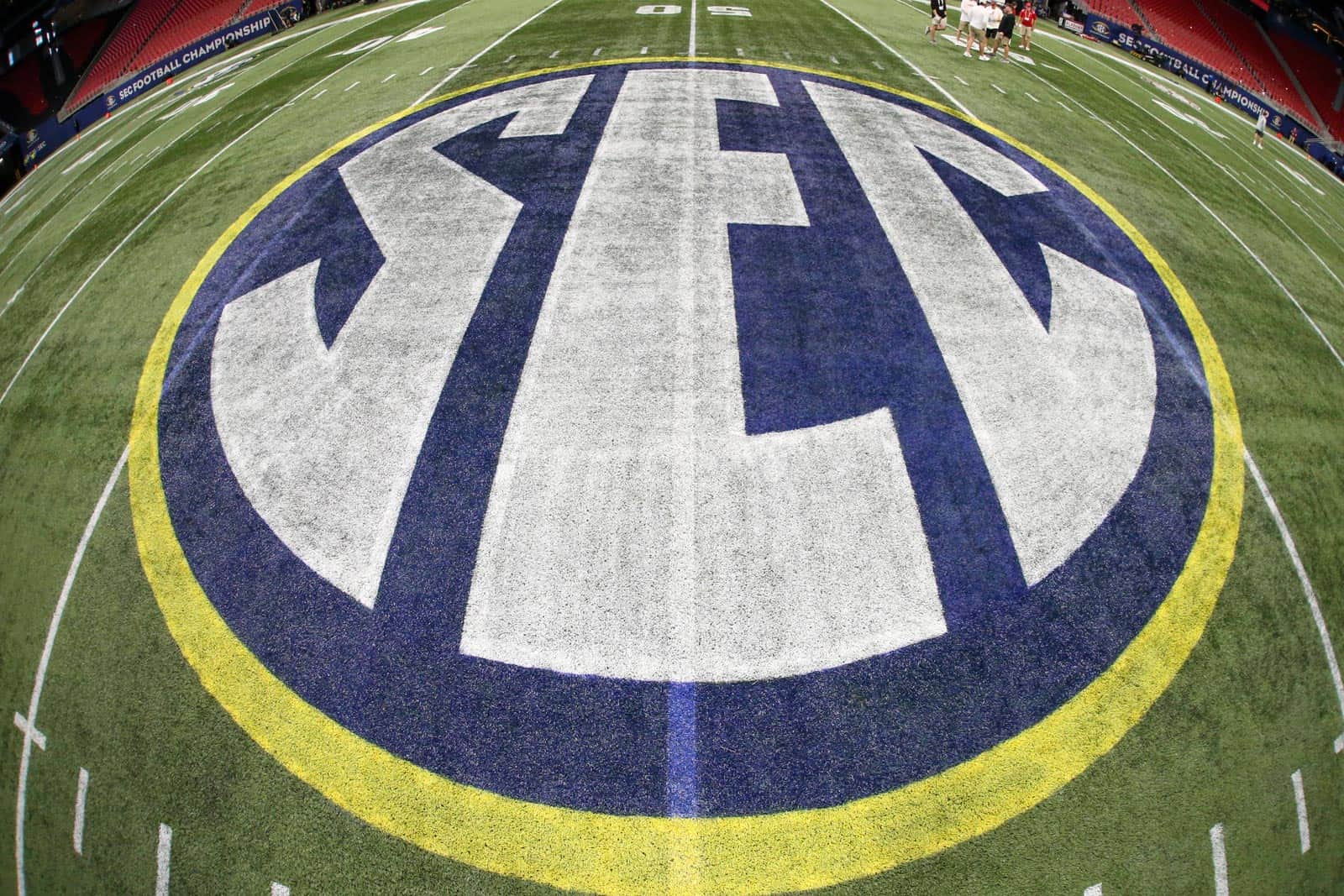 The 2023 SEC football schedule will be released on Tuesday evening, September 20, the conference announced via in-game broadcast promos on Saturday.

The complete 2023 SEC football schedule will be unveiled on Tuesday at 7:00pm ET / 6:00pm CT on a special schedule release show on the SEC Network.

The Vanderbilt Commodores will be the first SEC team to kickoff their 2023 season. Vandy is scheduled to host the Hawaii Rainbow Warriors in Week Zero on Saturday, Aug. 26, 2023.

12 SEC teams will kick off their seasons in Week 1 on Saturday, Sept. 2, 2023. Featured non-conference matchups to open the season include Florida at Utah, South Carolina vs. North Carolina (in Charlotte, N.C.), and Tennessee vs. Virginia (in Nashville, Tenn.). Additionally, LSU will take on Florida State in Orlando, Fla., on Sunday, Sept. 3.

The Oklahoma Sooners and Texas Longhorns are currently slated to join the SEC for the 2025 season. It’s unlikely that either school will depart the Big 12 early and play in the SEC in 2023, which was backed up by a recent statement by SEC Commissioner Greg Sankey.

SEC commish Greg Sankey, in light of the recent Oklahoma-Georgia series being canceled, said the fact that Alabama-Texas is still scheduled for next year “is a pretty good sign that conference alignments are gonna stay that way next year.”

Below are the opponents for each SEC team in 2023 and links to their schedules (rotating opponent italicized):

If Arkansas manages to win this Saturday, Gameday will probably be in Fayetteville on 10/1.

I don’t understand the need to release it before this season is even over.
Why not wait until some random Tuesday in February to release it, and they can build hype?

Maybe for recruiting purposes? Figure out when to get recruits on campus the sooner, the better.

It will get hype whenever they release it.