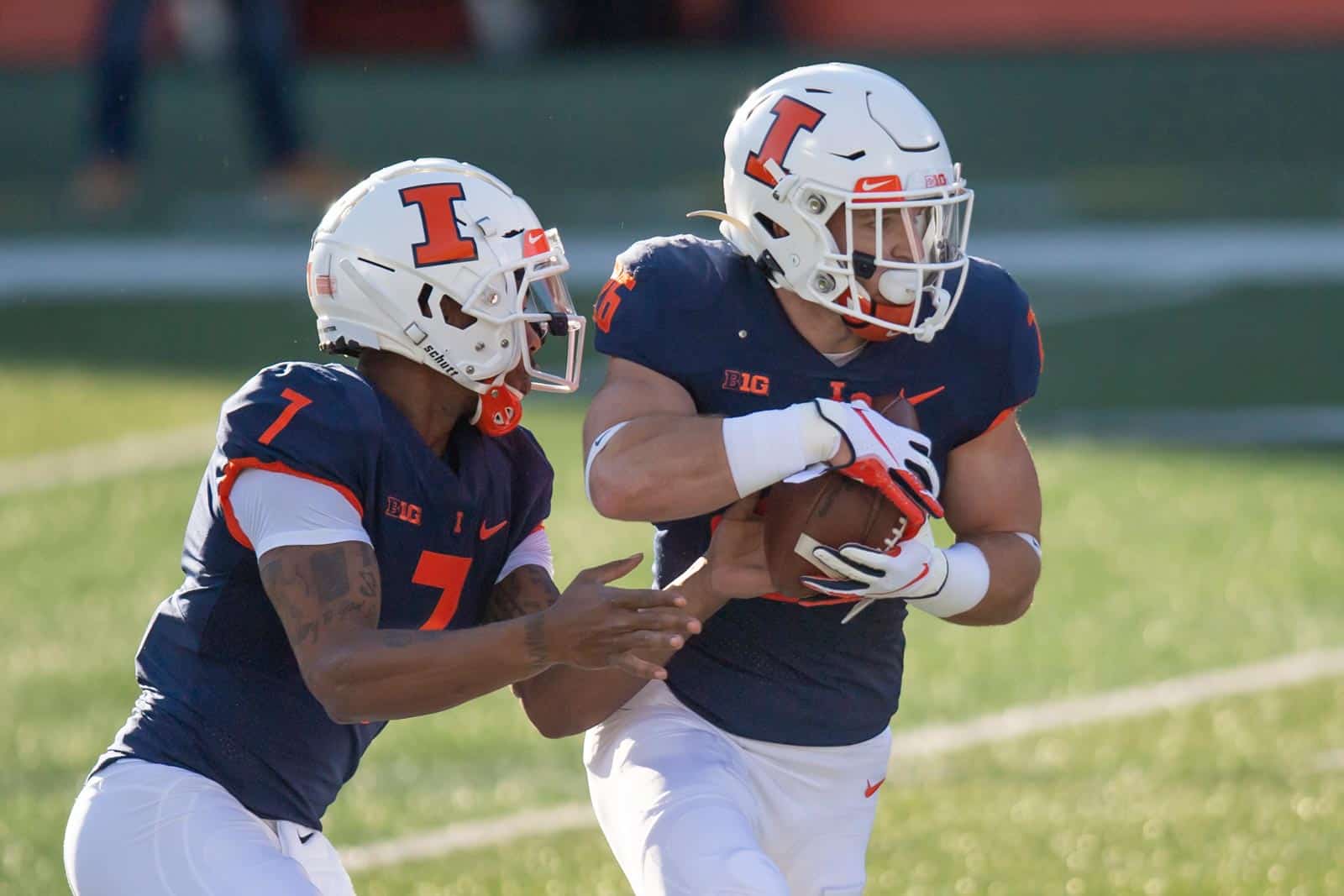 The 2022 Wyoming Cowboys at Illinois Fighting Illini football game has been moved to Week Zero, both schools announced on Wednesday.

The game, originally scheduled for Week 3 on Saturday, Sept. 17, will now be played on Saturday, Aug, 27, 2022. The Fighting Illini and the Cowboys will square off at Memorial Stadium in Champaign, Ill.

The Wyoming-Illinois contest in 2022 is eligible to be played in Week Zero because the Cowboys play the Hawaii Rainbow Warriors that season.

Wyoming and Illinois agreed to the contest in 2022 back in 2014. According to the copy of the contract, the Fighting Illini will pay the Cowboys a $1.1 million guarantee for playing the game.

Illinois is also scheduled to open the 2021 season in Week Zero when they host the Nebraska Cornhuskers on Saturday, Aug. 28 (12:00pm ET, FOX). The game was originally scheduled to be played at Aviva Stadium in Dublin, Ireland, but the game was moved to Champaign due to the novel coronavirus 2019 (COVID-19) pandemic.

The Fighting Illini announced last week that Memorial Stadium will operate at 100% capacity this season.

“We are excited to be the first college football kickoff at 100% capacity in nearly 20 months,” said head coach Bret Bielema following the full capacity announcement. “The combination of being the first college football game of the season and being at full capacity will allow our fans to show the country that Memorial Stadium is an electric environment. I know our players can’t wait to see Grange Grove lined with the Illini famILLy during our team’s walk into the stadium and hear more than 60,000 fans going crazy in Memorial Stadium against Nebraska.”

Wyoming is scheduled to open the 2021 season at home at War Memorial Stadium in Laramie, Wyo., on Saturday, Sept. 4 against the Montana State Bobcats.