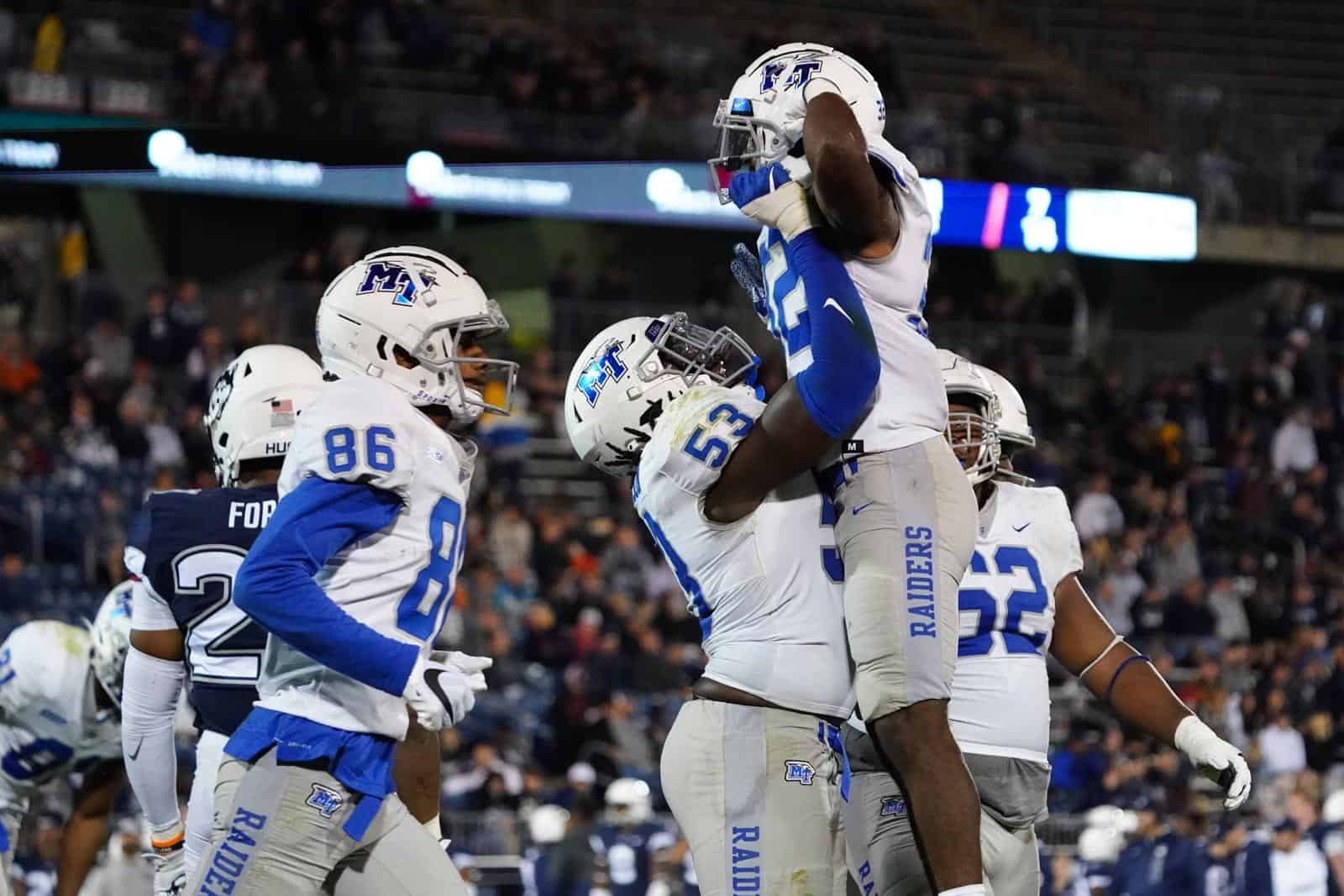 The 2022 UTSA Roadrunners at Middle Tennessee Blue Raiders football game has been moved to Friday, both schools have announced.

The UTSA-Middle Tennessee Conference USA game, originally scheduled for Saturday, Oct. 1, will now be played on Friday, Sept. 30 and the two schools will square off at Johnny “Red” Floyd Stadium in Murfreesboro, Tenn. The game was likely moved to Friday to accommodate a national television broadcast.

The week prior to their matchup, Middle Tennessee is scheduled to play at the Miami Hurricanes, while UTSA is slated to host the Texas Southern Tigers, both on Saturday, Sept. 24.

Middle Tennessee and UTSA first met on the gridiron in 2015 and have squared off a total of four times. The Blue Raiders won the first contest 42-7 in 2015, but the Roadrunners have since reeled off three consecutive victories, including a 27-13 victory in 2021, to take a 3-1 lead in the overall series.

Middle Tennessee is slated to open their 2022 schedule on Saturday, Sept. 3 on the road in Harrisonburg, Va., against the James Madison Dukes. UTSA is scheduled to open their season on the same day at home at the Alamodome in San Antonio, Texas, against the Houston Cougars.