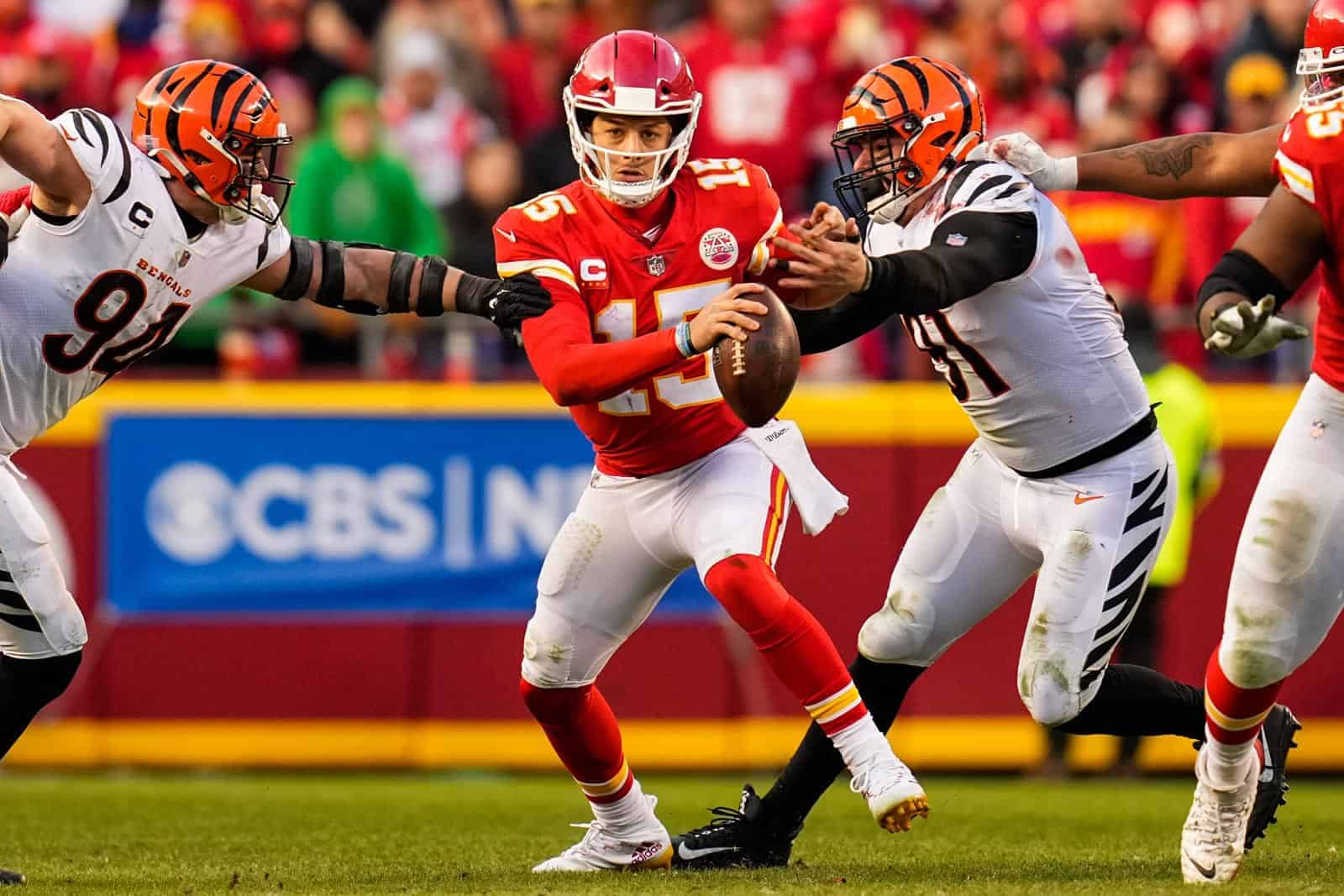 The 2022 NFL Thursday Night Football Schedule kicks off on Thursday, September 8 with the Los Angeles Rams hosting the Buffalo Bills.

Although played as the season-opener on a Thursday, the Bills-Rams matchup will be a special presentation of Sunday Night Football and will kickoff at 8:20pm ET on NBC.

Regular Thursday Night Football begins in Week 2 on September 15 when the Los Angeles Chargers travel to take on the Kansas City Chiefs. The game will be streamed live by Prime Video at 8:15pm ET.

There will also be a Sunday Night Football branded game played on Thanksgiving, Thursday, November 24. The Minnesota Vikings host the New England Patriots in that contest at 8:20pm ET on NBC.

Overall, 17 regular-season NFL games in 2022 will be played on Thursday night and 15 of those contests will be streamed exclusively by Amazon’s Prime Video.

By purchasing tickets using the affiliate links below, you'll help support FBSchedules. We may receive a small commission.

Looking like we won’t be watching football games anymore. I refuse to pay good money for a game each week.
I will just have that much more time to spend reading, playing music, and working in my wood shop.
Thanks, now that I think of it.

You just lost most if not all of your TNF viewership by kissing Jeff Besos’s ass. Thank God NFL NETWORK will air the games a couple hours later so we can record and watch them later. Ya’ll done [email protected]#ked up big time.

If you think that people will pay additional for a Thursday night game, you have got to be kidding me. I am a lifelong football watching person. I will not pay extra (already have directv) to see one game on Thursday.

Who’s idea was that, they need to be fired. you will loose a large amount of viewers. Just you wait…..I will tell all my friends to boycott your channel and anyone else involved in this decision.

How horrible for the average person trying to enjoy a football game. you have lost many tonight.

I think it’s a real shame you don’t have viewing on regular tv for senior citizens to be able to view the games. Thanks a lot for nothing! Just trying to screw the public more than the government (state & federal) is already doing to us…