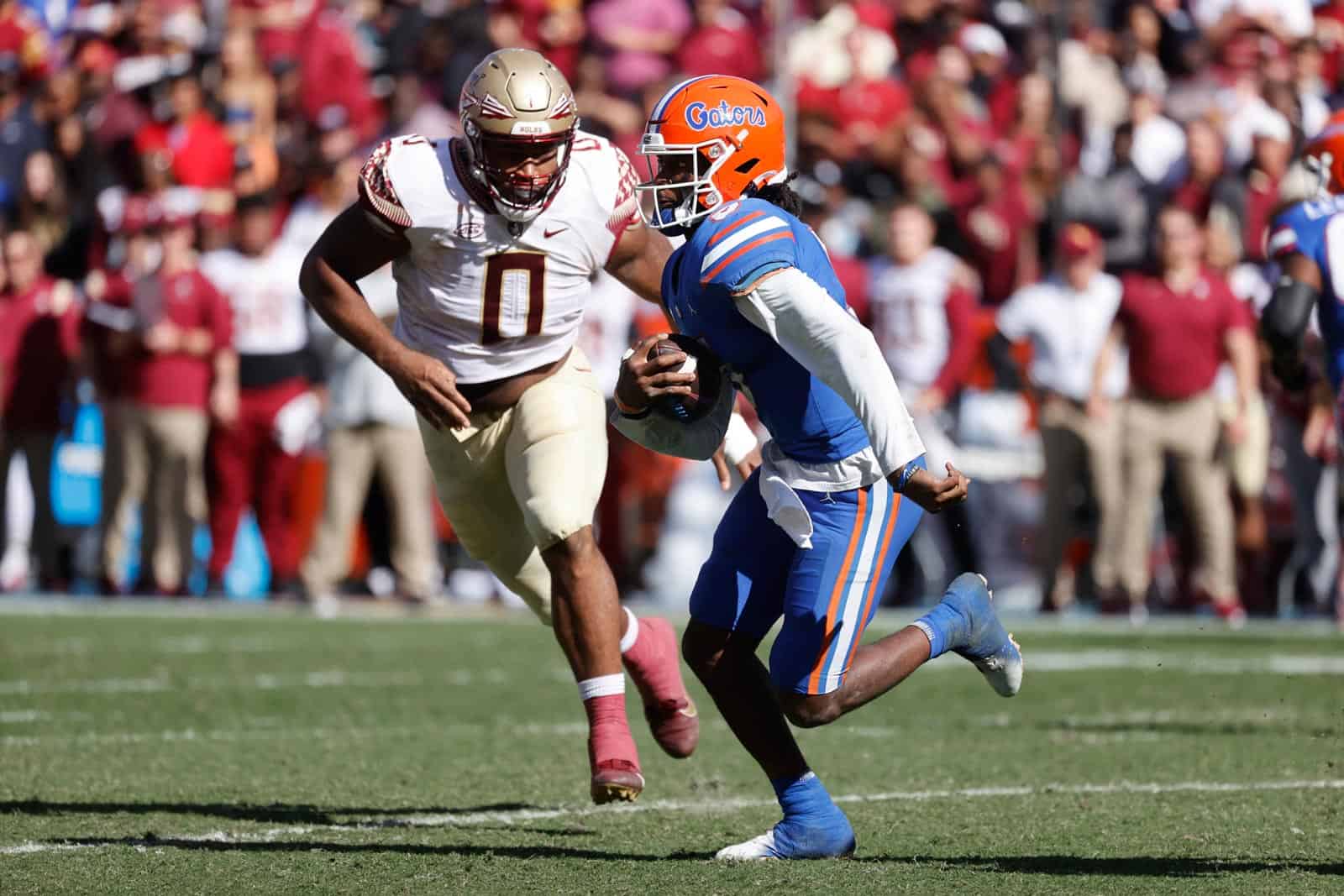 The 2022 Florida Gators at Florida State Seminoles football game has been moved to Black Friday, it was announced on Monday.

The non-conference SEC vs. ACC contest between Florida and Florida State, originally scheduled for Saturday, Nov. 26, will now be played on Friday, Nov. 25, which is the day after Thanksgiving. The game will kickoff in primetime and will be televised by an ESPN network.

Florida and Florida State will square off at FSU’s Doak Campbell Stadium in Tallahassee, Fla., which has a seating capacity of 79,560.

The Gators and Seminoles first met on the gridiron in 1958 and have played 65 contests overall. Florida has won three consecutive games in the series, including a 24-21 home win last season. The Gators currently lead the overall series over the Seminoles 37-26-2.

When was the last time an SEC team played a regular season game on a Friday, not including opening weekend?

Ah, I forgot about the annual Arkansas/Missouri game on Black Friday.
I remember Arkansas & LSU and Auburn & Alabama played on that day too for a couple years.