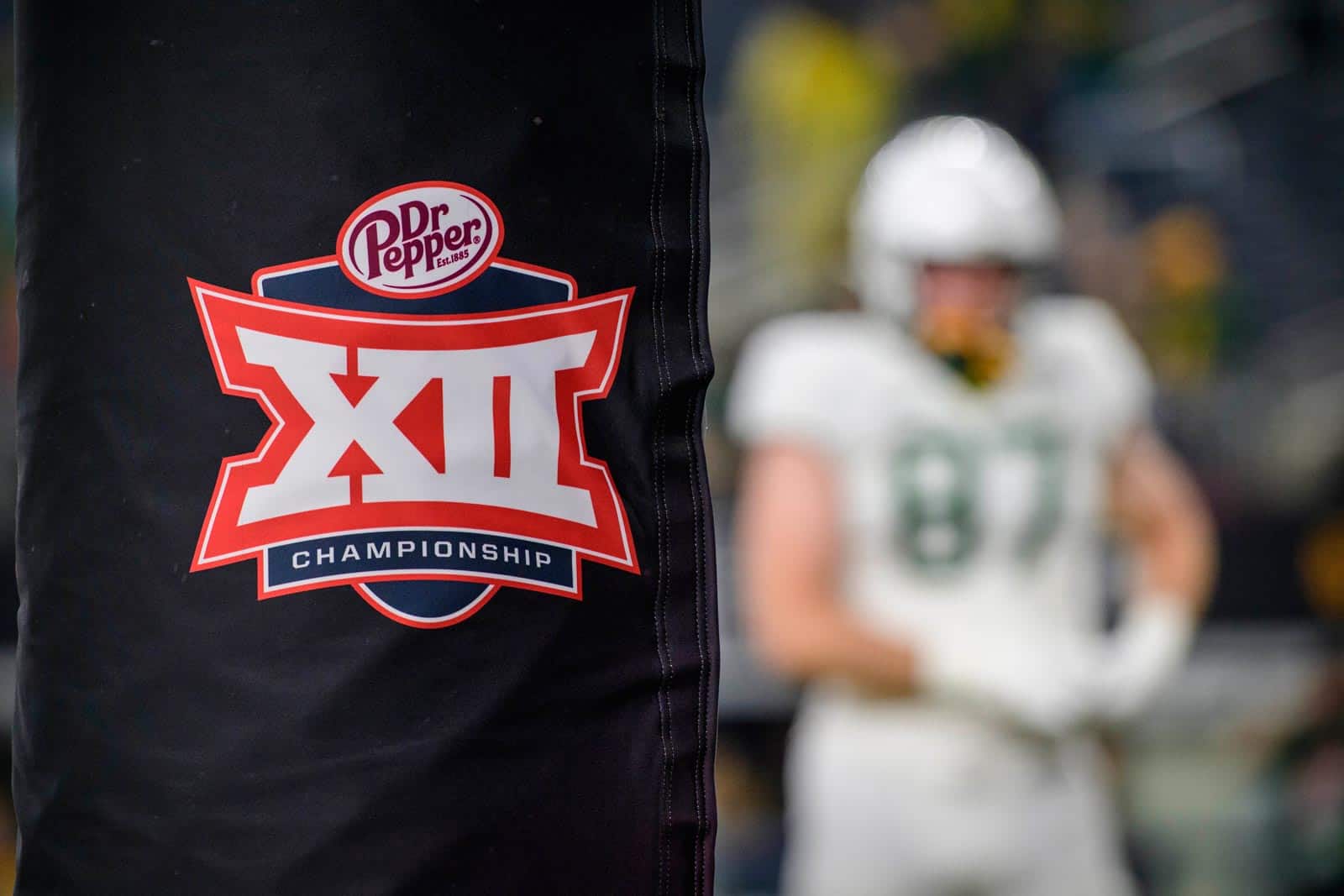 The 2022 Big 12 Football Championship Game kickoff time has been set, the conference officially announced on Wednesday.

The game is scheduled for Saturday, Dec. 3 at AT&T Stadium in Arlington, Texas, and it will be nationally televised by ABC with kickoff at 12:00pm ET / 11:00am CT.

The Big 12 Championship Game will feature the two teams that finish the regular-season with the highest winning percentage in conference play. The team that qualifies first will be designated as Team A and will occupy the South bench, while Team B will occupy the North bench.

The 2022 Big 12 Football Championship Game will mark the sixth consecutive season the game is played at AT&T Stadium in Arlington and the eighth time overall.

Last season, the ninth-ranked Baylor Bears defeated the fifth-ranked Oklahoma State Cowboys 21-16 before an announced crowd of 65,771. It was the second appearance for Baylor in the Big 12 Football Championship Game and their first victory.

The Oklahoma Sooners lead all Big 12 teams with 12 appearances and 11 wins in the championship game. Texas has the next-most appearances with six, followed by Kansas State (3), Baylor (2), TCU (1), Iowa State, (1), and Oklahoma State (1).

Kansas, Texas Tech, and West Virginia are the only current members of the Big 12 that have yet to make an appearance in the championship game.

AT&T Stadium, then known as Cowboys Stadium, hosted Big 12 Championship games in 2009 and 2010. Following the departure of Colorado and Nebraska from the conference, the championship game was not played until it returned in 2017 and has been held at AT&T Stadium since then.