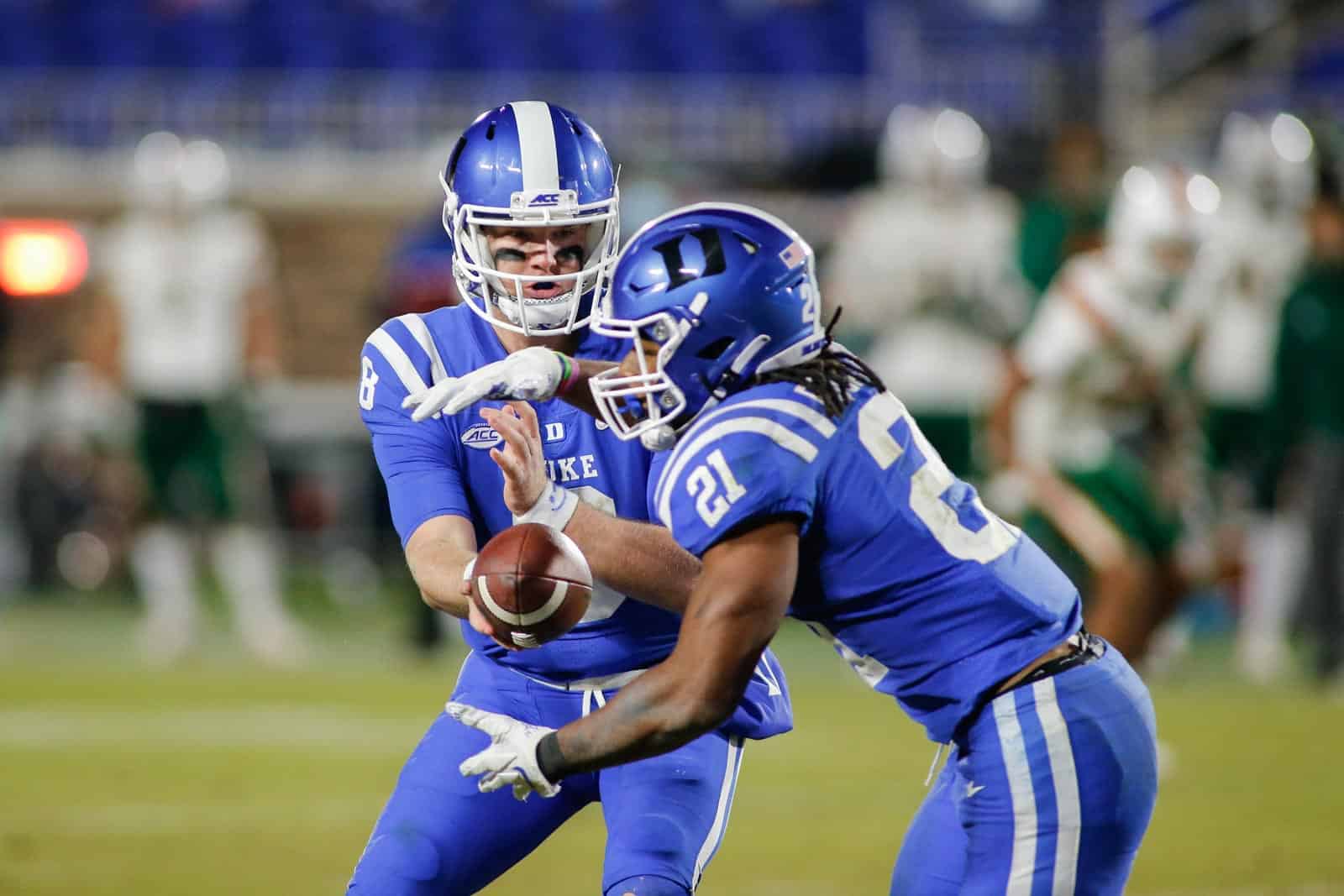 The 2021 North Carolina A&T Aggies at Duke Blue Devils football game has been moved to Friday night, Duke has announced.

The game, originally scheduled for Saturday, Sept. 11, will now be played on Friday, Sept. 10, 2021, at Duke’s Wallace Wade Stadium in Durham, N.C. Kickoff time and television designation will be announced at a later date.

Duke and North Carolina A&T have only met one time previously on the gridiron. In that contest on Sept. 7, 2019, the Blue Devils defeated the Aggies 45-13.

Duke is scheduled to open the 2021 season on Saturday, Sept. 4 on the road against the Charlotte 49ers. Other non-conference opponents include the Northwestern Wildcats on Sept. 18 and the Kansas Jayhawks on Sept. 25, both in Durham.

North Carolina A&T will play their first season in the Big South Conference this fall after departing the Mid-Eastern Athletic Conference (MEAC). The Aggies are scheduled to open their slate at the Furman Paladins on Saturday, Sept. 4.