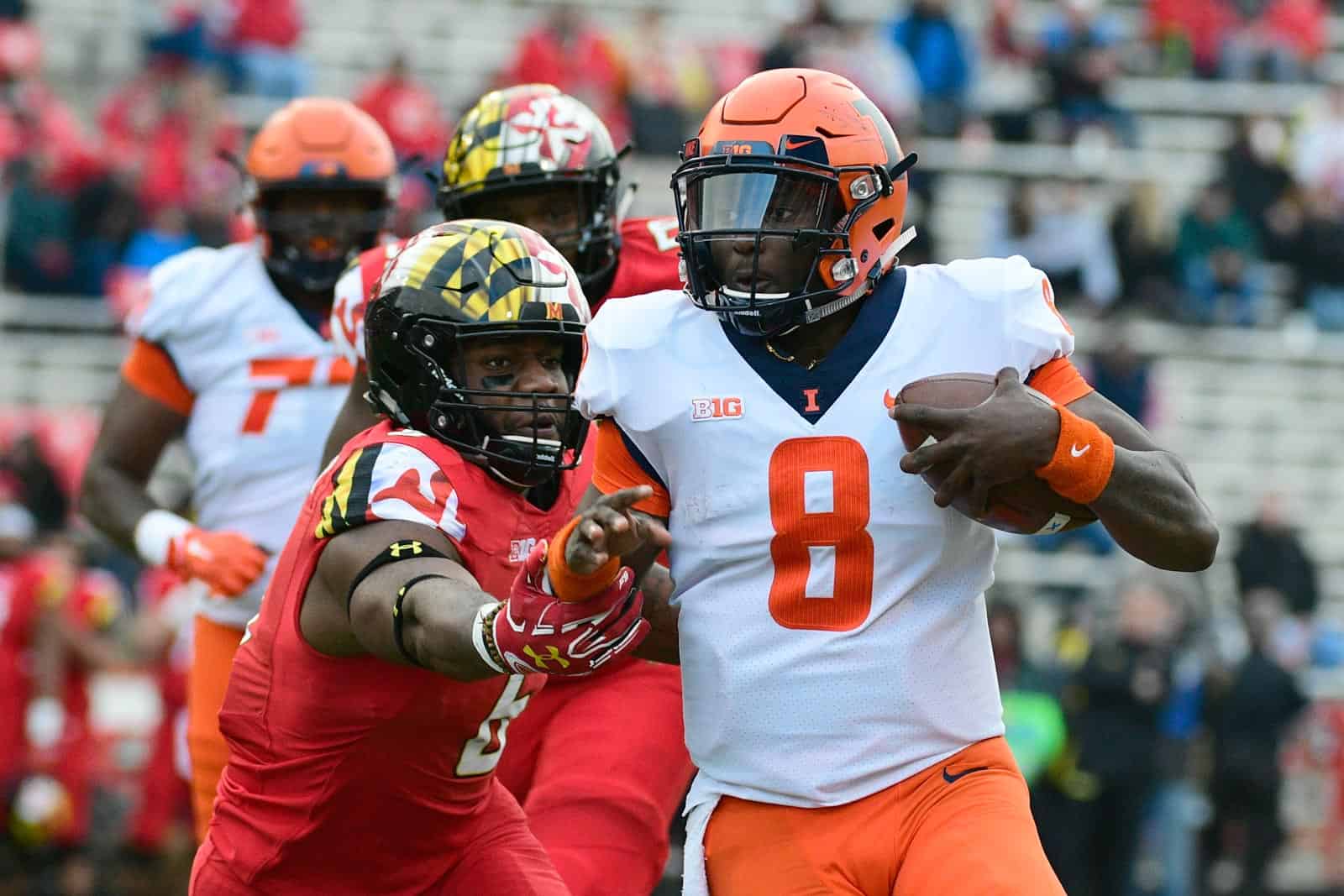 The 2021 Maryland Terrapins at Illinois Fighting Illini football game has been moved to Friday night, both schools have announced.

The game, originally scheduled for Saturday, Sept. 18, will now be played on Friday, Sept. 17, 2021, at Illinois’ Memorial Stadium in Champaign, Ill. Kickoff time and television designation will be announced on Thursday.

“We are very excited to be in a national prime time spot for our Maryland game,” Illinois Head Coach Bret Bielema said. “It is another opportunity to showcase our team, university, campus, and the best fans in college football. I-L-L!”

Maryland and Illinois have only met one time previously on the gridiron. In that contest on Oct. 27, 2018, the Terrapins defeated the Fighting Illini 63-33 in College Park, Md.

Maryland is scheduled to open the 2021 season on Saturday, Sept. 4 at home against West Virginia. Other non-conference opponents include Howard on Sept. 11 and Kent State on Sept. 25, both at home.

Illinois opens their season in Week Zero on Saturday, Aug. 28 at home against Nebraska. Other Big Ten home opponents include Maryland, Wisconsin, Rutgers, and Northwestern. Road conference opponents for Illinois in 2021 include Purdue, Penn State, Minnesota, and Iowa.

In non-conference action this fall, Illinois will host UTSA (Sept. 4) and Charlotte (Oct. 2) and will travel to play Virginia (Sept. 11).