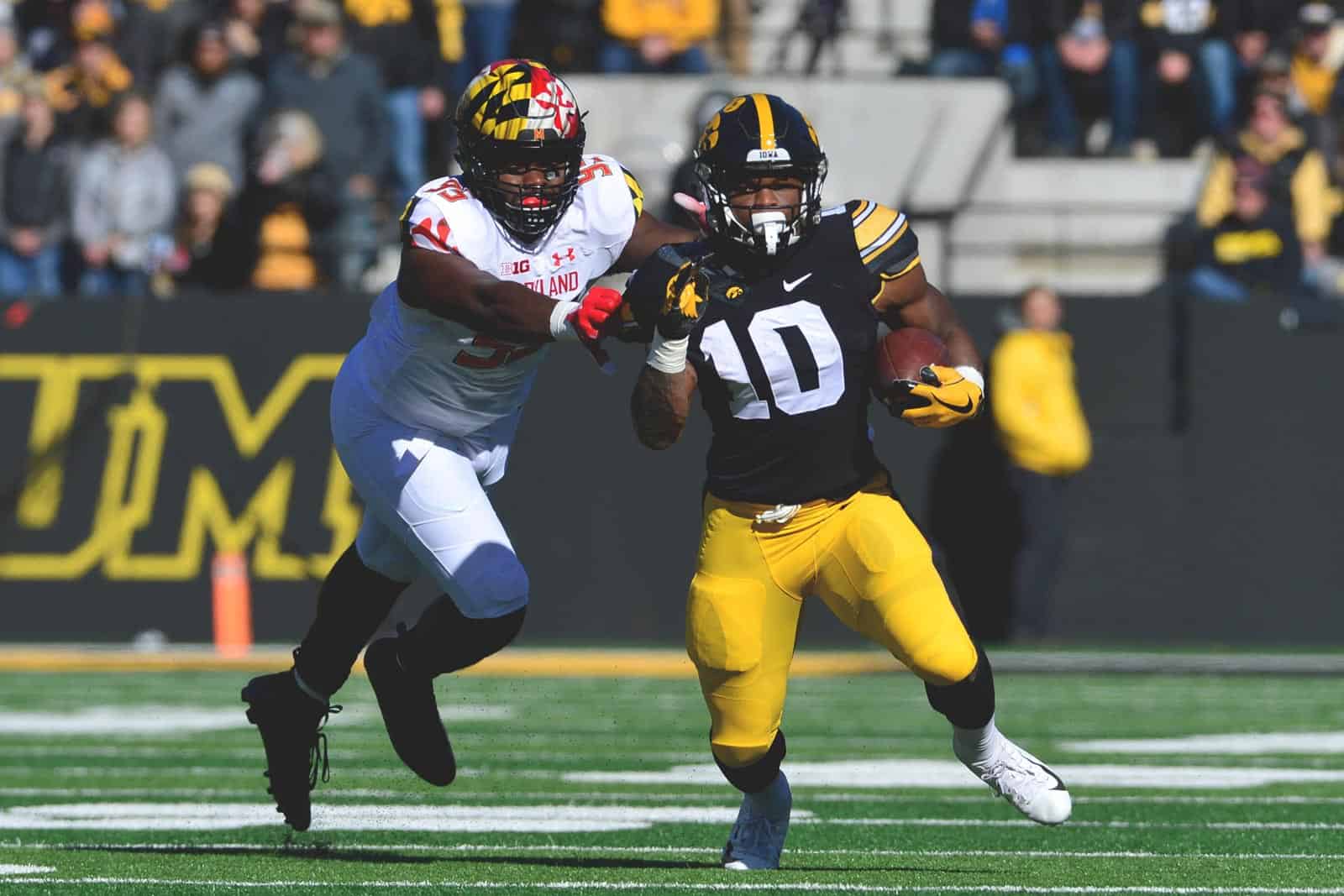 The 2021 Iowa Hawkeyes at Maryland Terrapins football game has been moved to Friday night, both schools have announced.

The Iowa-Maryland game, originally scheduled for Saturday, Oct. 2, will now be played on Friday, Oct. 1, 2021, at Capital One Field at Maryland Stadium in College Park, Md. Kickoff time and television designation will be announced on Thursday.

Iowa and Maryland have met three times previously on the gridiron. In their most recent matchup in 2018, the Hawkeyes defeated the Terrapins 23-0 in Iowa City, Iowa to take a 2-1 lead in the overall series.

Iowa is scheduled to open the 2021 season on Saturday, Sept. 4 at home against Big Ten foe Indiana at Kinnick Stadium in Iowa City. Other conference opponents scheduled to visit Iowa City this season include Penn State, Purdue, Minnesota, and Illinois.

In addition to Maryland, Big Ten road opponents for Iowa in 2021 include Wisconsin, Northwestern, and Nebraska. Non-conference opponents include Iowa State on the road and Kent State and Colorado State at home.

Maryland is scheduled to open the 2021 season on Saturday, Sept. 4 at home against West Virginia. Other non-conference opponents include Howard on Sept. 11 and Kent State on Sept. 25, both at home.

Big Ten home opponents for Maryland in 2021 include Indiana, Penn State, and Michigan, in addition to the Iowa contest. The Terrapins will travel to play Illinois, Ohio State, Minnesota, Michigan State, and Rutgers.

Big Ten games on a Friday are interesting because they’re quite a rarity. A good change-up