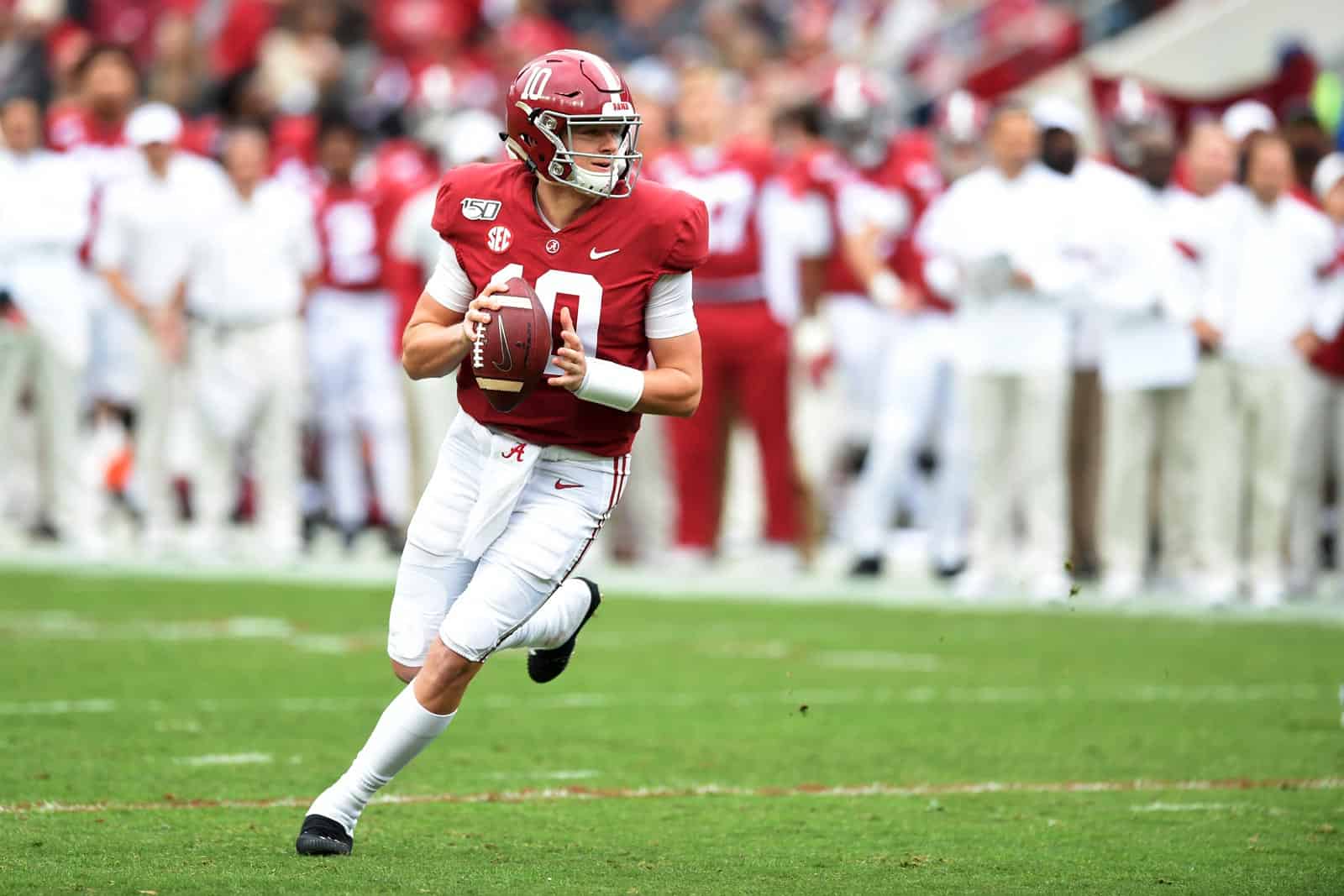 Welcome to Week 7 of 2020 SEC Football Predictions. I’d like to put an APB out for someone who commented each and every week the last few years. I think his/her username is Day. It’s been a rough year for too many people, so I just want to make sure they are doing okay.

Okay. Back to predicting stuff. Here are your Week 7 SEC Football Predictions…. if they haven’t been postponed.

That was a backward pass, which is a fumble.

South Carolina is not a terrible team. I think this is the second or third time I’ve called SC “not terrible” rather than just saying something nice like, “The Gamecocks are a team that has played well in the first three weeks of the season, despite getting off to a 1-2 start.” I apologize. I took much of last season off and with the cancellation of spring practice and what with COVID…. You get the picture.

Auburn could be in the exact same situation as South Carolina, but the Tigers had more points than Arkansas last week in Jordan-Hare and that is the only requirement for a win. If you leave the game in the hands of the officials, you run the risk of finding yourself on the wrong side of the win/loss column.

South Carolina opened the season with Tennessee and Florida before going to Vanderbilt last week to earn their first victory of the 2020 season. I think we know where the Gamecocks stand as a team after three weeks. I’m not so sure we know where Auburn is. Actually, South Carolina may have more of an identity that just about any other team in the SEC this early in the season. For that reason, I’m taking the Gamecocks to get the win in Columbia Saturday afternoon.
PREDICTION: South Carolina 31, Auburn 27

Tennessee and Kentucky in the middle of October. The fourth game of the season for both teams. Another indicator of a season that has begun sideways and will continue to feel weird (but don’t get me wrong… I’ll take it every year).

How about the Wildcats holding former Kentucky assistant coach under Hal Mumme, Mike Leach, to zero points Saturday night in Lexington? The same team that may still be scoring on LSU’s defense in Baton Rouge was just held to two points by a team that did not get in the win column until Saturday night.

Tennessee stepped on the “self-destruct” button against Georgia in Athens as senior quarterback Jarrett Guarantano threw and fumbled the ball away to the opposing defense in yet another big game. I hate being negative toward a college player, but the fact that Tennessee has yet to develop another quarterback means either the Vols don’t have any future hope behind center or that Guarantano is just good enough to get the benefit of the doubt each and every season. From what I understand, JG is great each and every week at practice and makes it nearly impossible to start anyone else.

Tennessee fans are tired of feeling one year away every year. And they will feel this way until the guy under center can be trusted on a consistent basis.

All that being said, Kentucky has a way of making frustrated Tennessee fans feel better. They also have a way of curing Volunteer quarterbacks from inconsistent play. I know it’s not November, but Tennessee should keep the tradition of beating Kentucky alive on Saturday afternoon inside Neyland Stadium.
PREDICTION: Tennessee 41, Kentucky 24

This may be two of the best 1-2 SEC teams in the last 50 years. Both the Hogs and Rebels appear ahead of schedule in their rebuilding campaigns under new coaches. Sometimes the new wears off and a team can take a step or two backwards after a hot start under a new coaching staff, but both of these teams appear to be headed in the right direction.

Ole Miss scored 48 points and gained 600 yards of offense against Alabama’s defense Saturday night in Oxford. There was a time not that long ago in Tuscaloosa where giving 48 points and 600 yards was called “The 2011 Season” or “The 2016 Season.”

And then there’s Arkansas. They had Auburn beat on the road, but could not close the deal. There was a terrible call to aid in the process, but it still counts as a loss.

The fact that we are discussing Ole Miss and Arkansas playing with Alabama and Auburn, respectively, deep into the fourth quarter last week says everything about the potential success both schools could have in the coming years. Unlike the previous two or three years, a win this week for either team will be considered a good win.
PREDICTION: Ole Miss 44, Arkansas 38

Talk about two teams that have been on a heck of a see-saw roller coaster the past three weeks. Mississippi State opened the season with a huge road win against defending national champion LSU. Two weeks later and LSU has a very non-meaty win sandwiched between the Mississippi State loss and last week’s loss to Missouri.

This should still be a good game with the Aggies pulling out a close one.
PREDICTION: Texas A&M 35, Mississippi State 31

Alabama gave up seven years worth of points and yards to Ole Miss Saturday night in Oxford. Nick Saban tested positive for COVID-19 on Wednesday. Georgia has been dominant since the third quarter of the opening weekend against Arkansas. There is a ton we could write about, but it’s going to come down to Alabama figuring out some type of defense.

One thing Alabama defenses love is a pro style offense and they will get that this week against the Bulldogs. The only problem for Alabama’s offense is Kirby Smart loves a pro-style offense and that is what they will get against the ‘Tide. Mac Jones has had a lifetime to stand in the pocket and decide which All-American receiver he wants to target, but all that will change against Georgia Saturday night.

Don’t expect a confused Alabama team on Saturday night without Nick Saban on the sidelines. The biggest problem may be the players feeling a little too relaxed knowing Daddy isn’t there to verbally “correct an error or two” while heading back to the sideline.

Georgia’s defense is elite, but Alabama’s talent on defense can match Georgia’s when needed. The ‘Tide has the offense to break open enough big plays to win in a close one.
PREDICTION: Alabama 24, Georgia 23