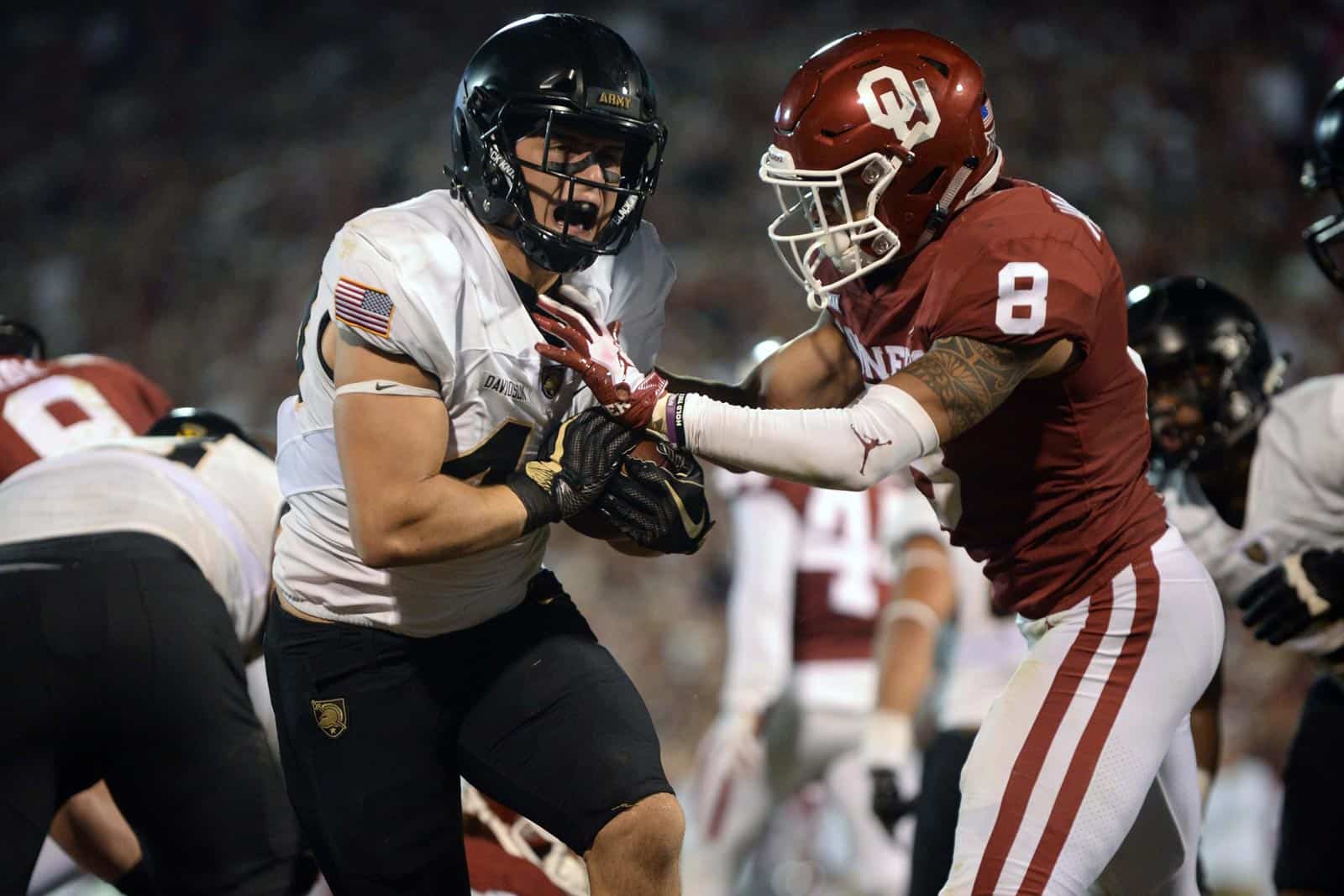 Another prominent non-conference college football game in 2020 has been canceled due to the novel coronavirus 2019 (COVID-19) pandemic.

The Army West Point Black Knights announced on Tuesday that their Sept. 26 home game against the Oklahoma Sooners at Michie Stadium in West Point, N.Y., has been canceled.

Army Director of Athletics Mike Buddie stated that the two schools will attempt to rescheduled the canceled contest for a future season.

“We are disappointed to lose Oklahoma from our schedule this season, however we respect the Big 12’s difficult decision,” Army Director of Athletics Mike Buddie said. “I am saddened for our players, coaches, alumni and fans to miss out on what has been such a highly anticipated contest since it was first announced. Given the rapidly changing environment in college athletics, we’ve been working on numerous contingency plans in the event of decisions like this, and have already begun the process of finding a future date to host the Sooners.”

The game was canceled following a Big 12 decision on Monday that their members will play a nine-game conference schedule and one non-conference game at home.

The 2020 contest between Army and Oklahoma was the second of a home-and-home series that began in Norman, Okla., in 2018. In the 2018 contest, the Sooners defeated the Black Knights 28-21 in an overtime thriller.

“We remain steadfast in competing this fall,” Buddie said. “Competing in athletics is tightly woven into the fabric of the Academy’s mission. It supports the 47-month cadet experience necessary to prepare our cadet-athletes for officership in the United States Army. Unlike at other institutions, our cadets cannot retain extra years of eligibility. I will do everything within my power to ensure they get the opportunity to play.”

Oklahoma is the third opponent canceled from Army’s 2020 football schedule. The Black Knights previously lost games at home against Bucknell and Princeton due to decisions by the Patriot League and Ivy League, respectively.

The Sooners lone non-conference game in 2020 will be at home against Missouri State on Saturday, Aug. 29 (Week Zero).

Not a surprise but that really sucks for everyone involved.

Selfishly, i was looking at covering this game. I have been to Michie Stadium for a couple of games, but never covered a game there and was really looking forward.

There are far bigger burdens this year, but damn. https://t.co/Mb0LbLXxc7