2020 New Mexico Bowl to be played in Frisco, Texas 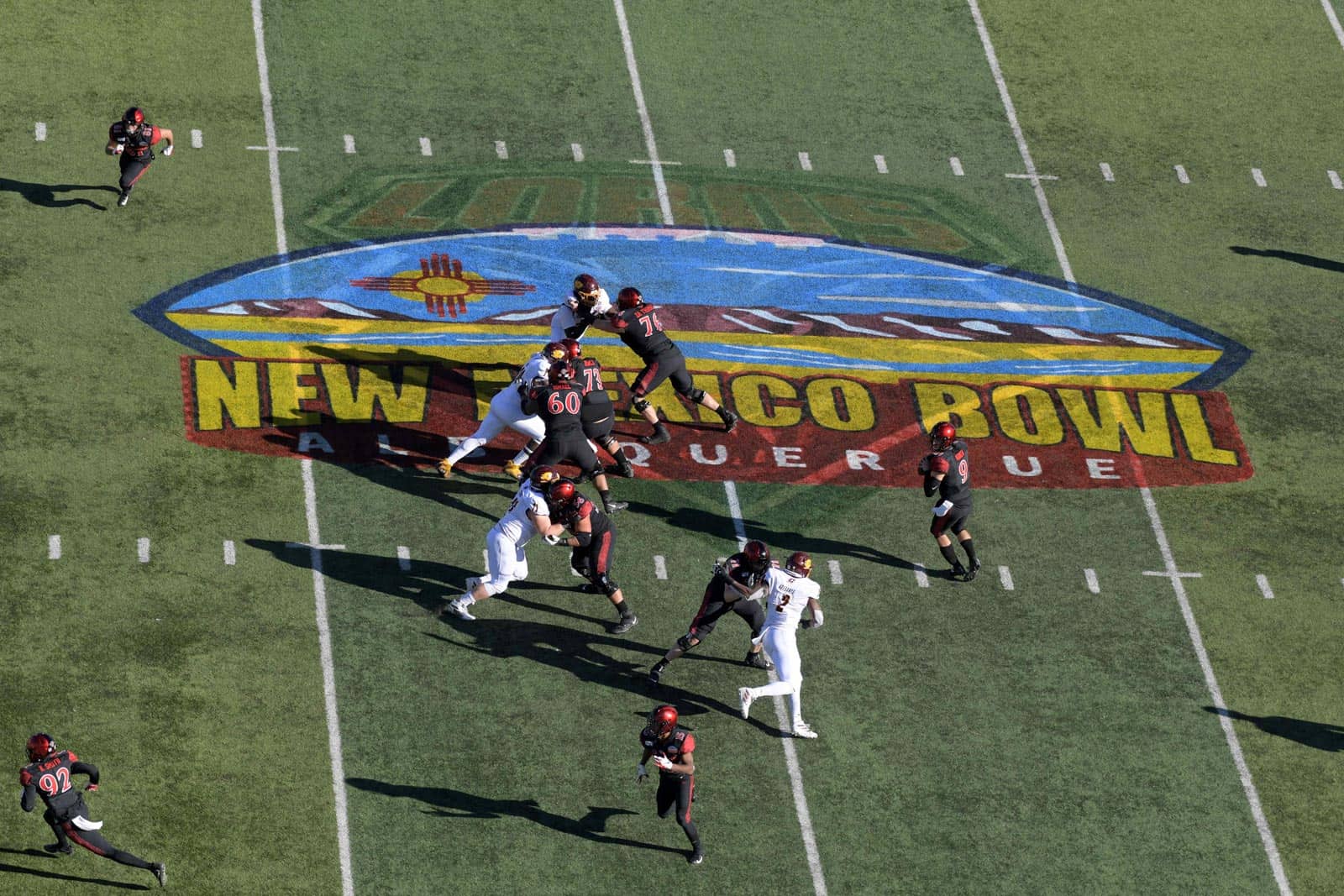 The 2020 New Mexico Bowl will be played in Frisco, Texas, ESPN Events announced on Tuesday.

The game will be played at Toyota Stadium in Frisco, which is the home of Major league Soccer’s FC Dallas, Frisco Independent School District high school football games, the FCS Championship game, and other events.

The game was moved from Dreamstyle Stadium in Albuquerque, N.M., due to “…current state guidelines in New Mexico regarding intercollegiate athletics and travel.”

Kickoff time is set for 3:30pm ET and the game will be televised by ESPN. The 2020 New Mexico Bowl will feature a matchup of teams from among the American Athletic Conference, Conference USA, or the Mountain West Conference.

A decision on the Las Vegas Bowl has not yet been announced.

Also due to COVID-19, there will be no record requirement to play in a bowl this season.

The 2020-21 bowl season kicks off on Saturday, Dec. 19 with the Tropical Smoothie Café Frisco Bowl at 7:00pm ET on ESPN. That game pits two teams from the American, Conference USA, MAC, or Mountain West.