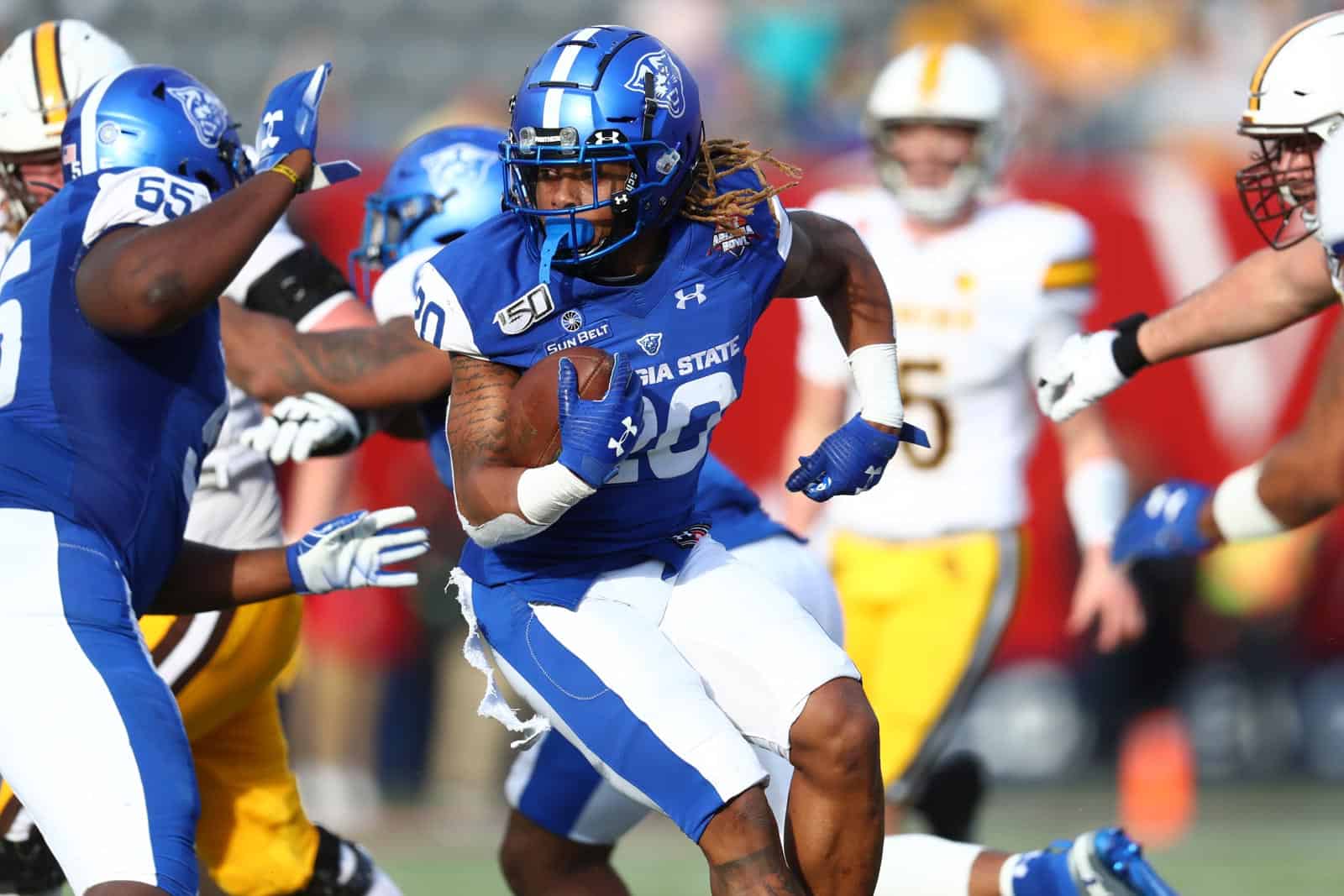 The 2020 Murray State Racers at Georgia State Panthers football game has been moved up two days to Thursday, Sept. 3, both schools have announced.

The game, previously scheduled for Saturday, Sept. 5, will be played at Georgia State Stadium in Atlanta, Ga. Kickoff is set for 7:00pm ET and the game will be televised by an ESPN digital platform to be announced.

In their first and only meeting on the gridiron in 2011, Murray State traveled to Atlanta and defeated Georgia State 48-24 at the Georgia Dome.

Georgia State is also scheduled to play Thursday night contests at Arkansas State on Oct. 15 and at home on Oct. 29 against Coastal Carolina. Both of those contests are scheduled to be televised by ESPNU.

After opening the season against Murray State, Georgia State is scheduled to travel to take on the Alabama Crimson Tide in Tuscaloosa on Sept. 12. Other non-conference contests for the Panthers include the Charlotte 49ers on the road on Sept. 26 and the East Carolina Pirates at home on Oct. 3.

Murray State’s other two non-conference opponents in 2020 include the Tarleton State Texans at home on Sept. 12 and a trip to face the Louisville Cardinals on Sept. 19.

Was a reason given for this move?

With Ga Tech hosting Clemson just 2 miles away at Grant Field, the same night, seems like a nightmare for fans trying to get to either game (assuming fans get to go to games, sigh).