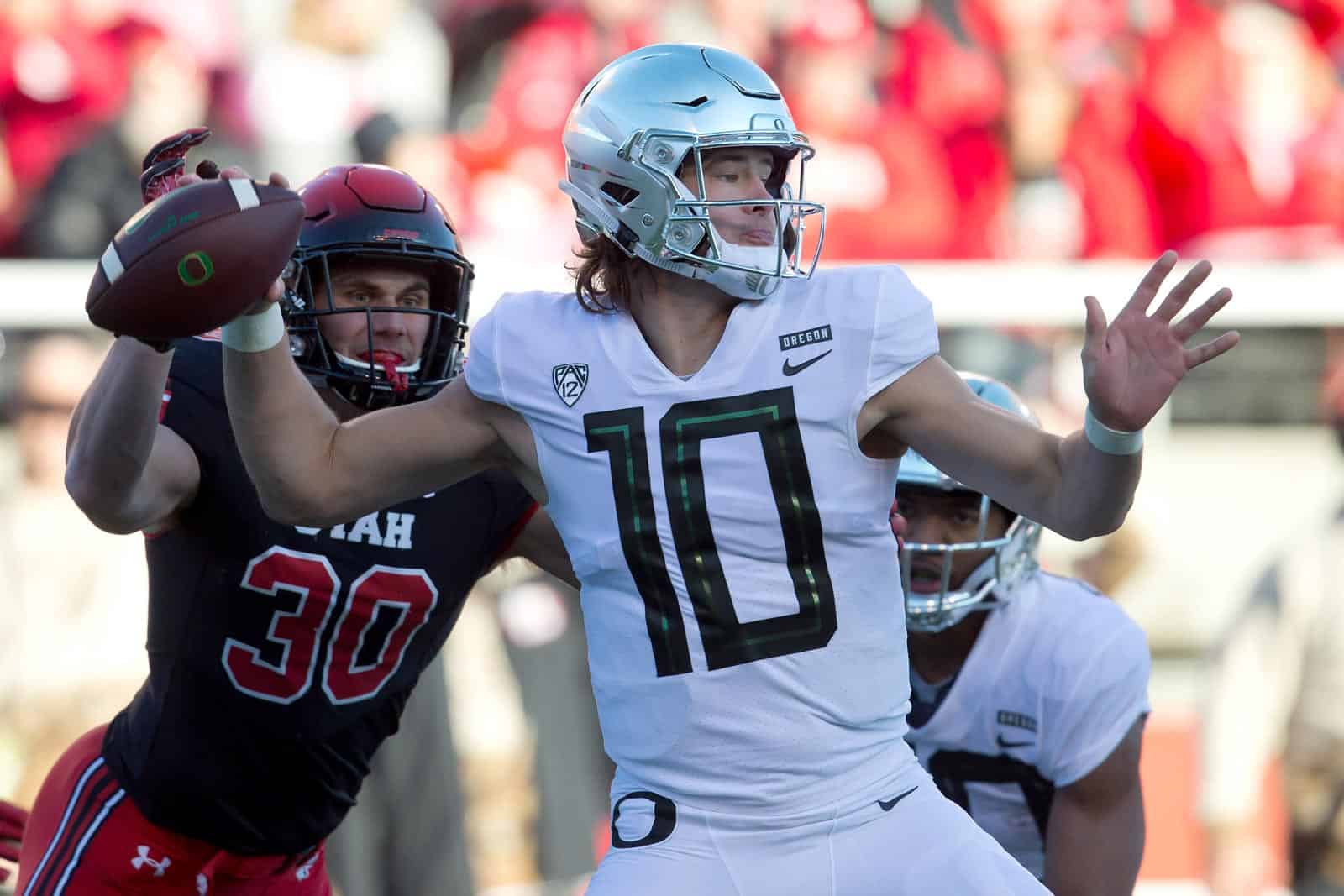 The 2019 Pac-12 Championship Game is set with the Oregon Ducks facing the Utah Utes. The game will be played on Friday, Dec. 6 at Levi’s Stadium in Santa Clara, Calif.

Oregon clinched the Pac-12 North Division by four games over Cal, Oregon State, and Washington, finishing 8-1 in conference play and 10-2 overall. The Ducks will be making their third appearance in the Pac-12 Championship Game following victories in 2011 over UCLA and in 2014 against Arizona.

The Utah Utes won the South Division with an 8-1 record (11-1 overall), which was one game better than USC. Utah made their first appearance in the Pac-12 Championship Game last season. The Utes fell to Washington in that contest, 10-3.

Oregon and Utah last met in the regular-season in 2018 in Salt Lake City, which resulted in a 32-25 victory for the Utes. Overall, the two schools have met 32 times on the gridiron with Oregon holding a 22-10 advantage in the series.

The 2019 Pac-12 Championship Game will be the last at Levi’s Stadium for the foreseeable future. The game is scheduled to be played at the new home of the Las Vegas Raiders, Allegiant Stadium, in Las Vegas, Nevada, following the 2020 and 2021 seasons.

If Utah wins the Pac-12 Championship Game, they could be selected to the College Football Playoff Semifinals. If they win and aren’t selected, or if Oregon wins, they will head to the Rose Bowl Game since it is not a Playoff Semifinal this season.

Brett McMurphy of Stadium currently projects Utah to play Ohio State in the College Football Playoff Semifinal at the Chick-fil-A Peach Bowl and for Oregon to take on Penn State in the Rose Bowl Game.