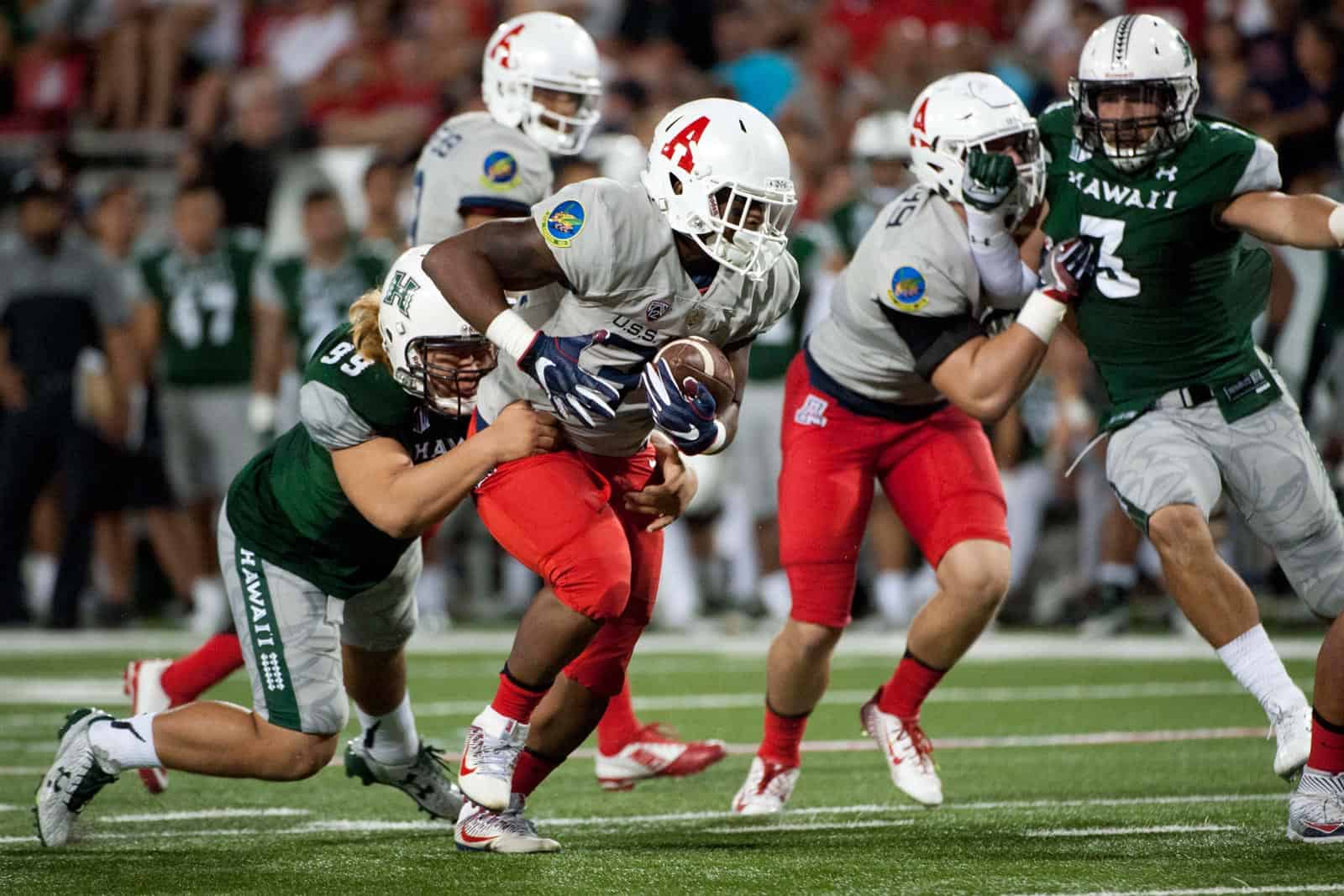 Week Zero is the nickname for the Saturday prior to Labor Day weekend and features only a few teams in action. For more on Week Zero and which teams are allowed to play, check out our post The Hawaii Exemption, Week Zero, and the 2019 college football schedule.

The action kicks off on Saturday at Noon ET with a Football Championship Subdivision (FCS) contest. The Colgate Raiders host the Villanova Wildcats and the game will be televised by CBS Sports Network (CBSSN).

Next, it’s the 2019 Guardian Credit Union FCS Kickoff at 3:00pm ET on ESPN. The Samford Bulldogs take on the Youngstown State Penguins in that contest at the Cramton Bowl in Montgomery, Alabama.

The first Football Bowl Subdivision (FBS) contest of the 2019 season is the Camping World Kickoff, featuring the eight-ranked Florida Gators taking on the Miami Hurricanes at Camping World Stadium in Orlando, Florida. The game will be televised by ESPN at 7:00pm ET.

The fourth and final college football game in Week Zero is a late-night contest between the Arizona Wildcats and the Hawaii Rainbow Warriors at Aloha Stadium in Honolulu. CBS Sports Network will televise the contest beginning at 10:30pm ET.

The majority of college football teams will begin their season in Week 1. A total of 30 contests are scheduled for Thursday, Aug. 29 across the FBS and FCS. Another nine contests will be played on Friday, Aug. 30 before a full Saturday of action on Aug. 31.