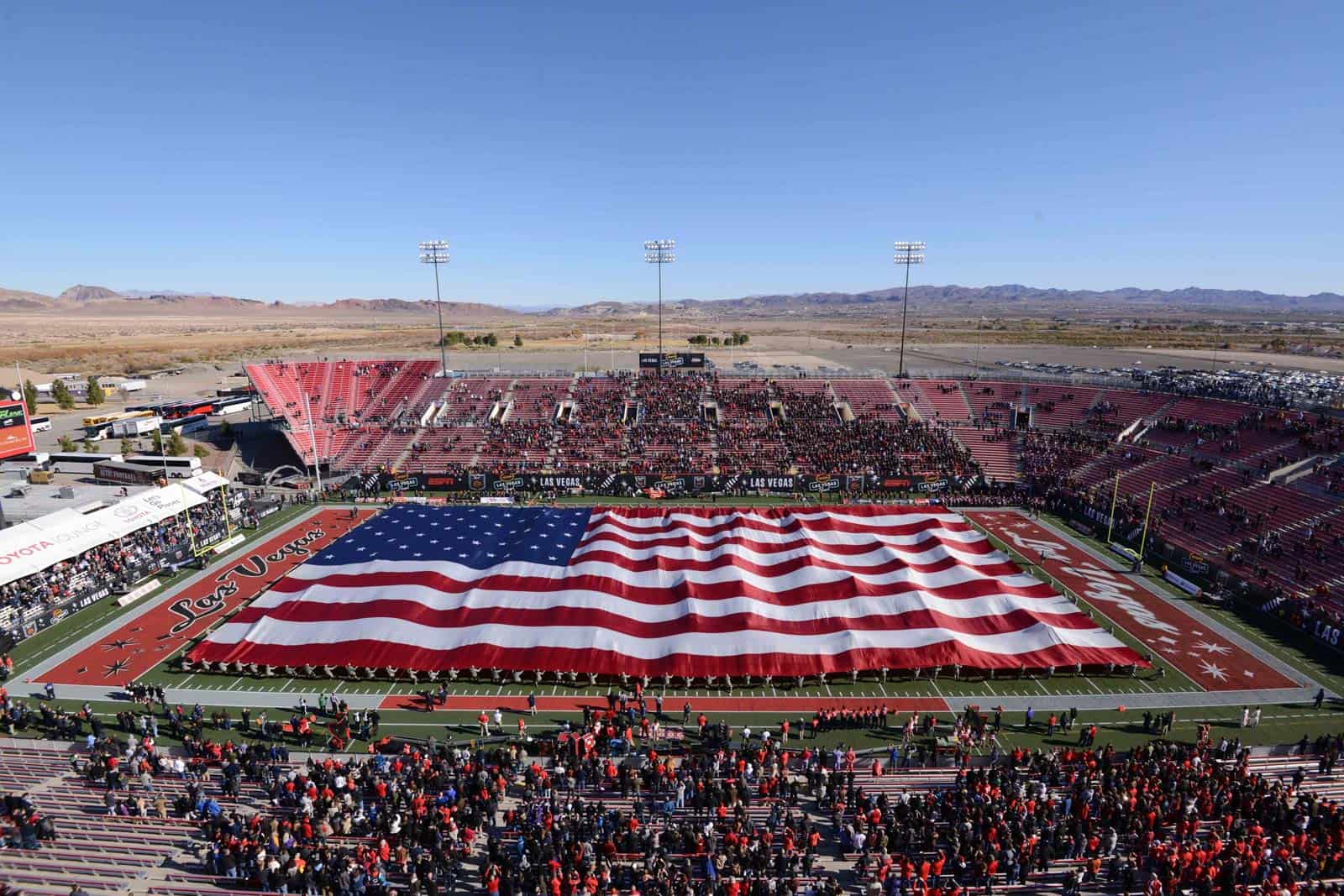 The Alliance of American Football kicks off their inaugural season in 2019 the week after the Super Bowl.

Last week, the new pro football league announced their 10-week regular-season schedule for 2019. Today, the site of their championship game was revealed.

We’re taking our Championship?game to the city where the fun never ends..
Viva Las Vegas, see you soon ?

The AAF Championship will be held in Las Vegas at the conclusion of both the 2019 and 2020 seasons. The 2019 AAF championship game is set for Saturday, April 27 and will be televised by CBS.

“There was nowhere else you could do it,” AAF CEO and co-founder Charlie Ebersol told the Las Vegas Review-Journal. “Las Vegas is the center of the universe when it comes to sports betting and sort of the energy around what we’re building.”

The game will match the top two teams from the AAF’s four-team playoff. The 2019 championship game, and presumably 2020 also, will be played at Sam Boyd Stadium. The stadium  plays host to UNLV football and the Las Vegas Bowl, and it has a seating capacity of 35,500 (expandable to 40,000).

Ebersol said today that several cities have contacted the league about expansion, and Las Vegas is a candidate.

“We’ve been overwhelmed with the number of cities that have asked us to come and bring teams to the city in the near future, so we’re looking at expansion pretty seriously right now across the country, and certainly Las Vegas is one of those cities.”

Excellent place to have the championship game! Hopefully it works out & more teams joins.
Luv that this site has the AAF as one of its list up top, great job guys & Amy.

Their starting the talk about expansion is foolish.
.
This was one of the key things that sank the WFL, USFL, XFL, UFL…. and also the original NASL and almost sunk MLS.
.
Play a game first, at least!