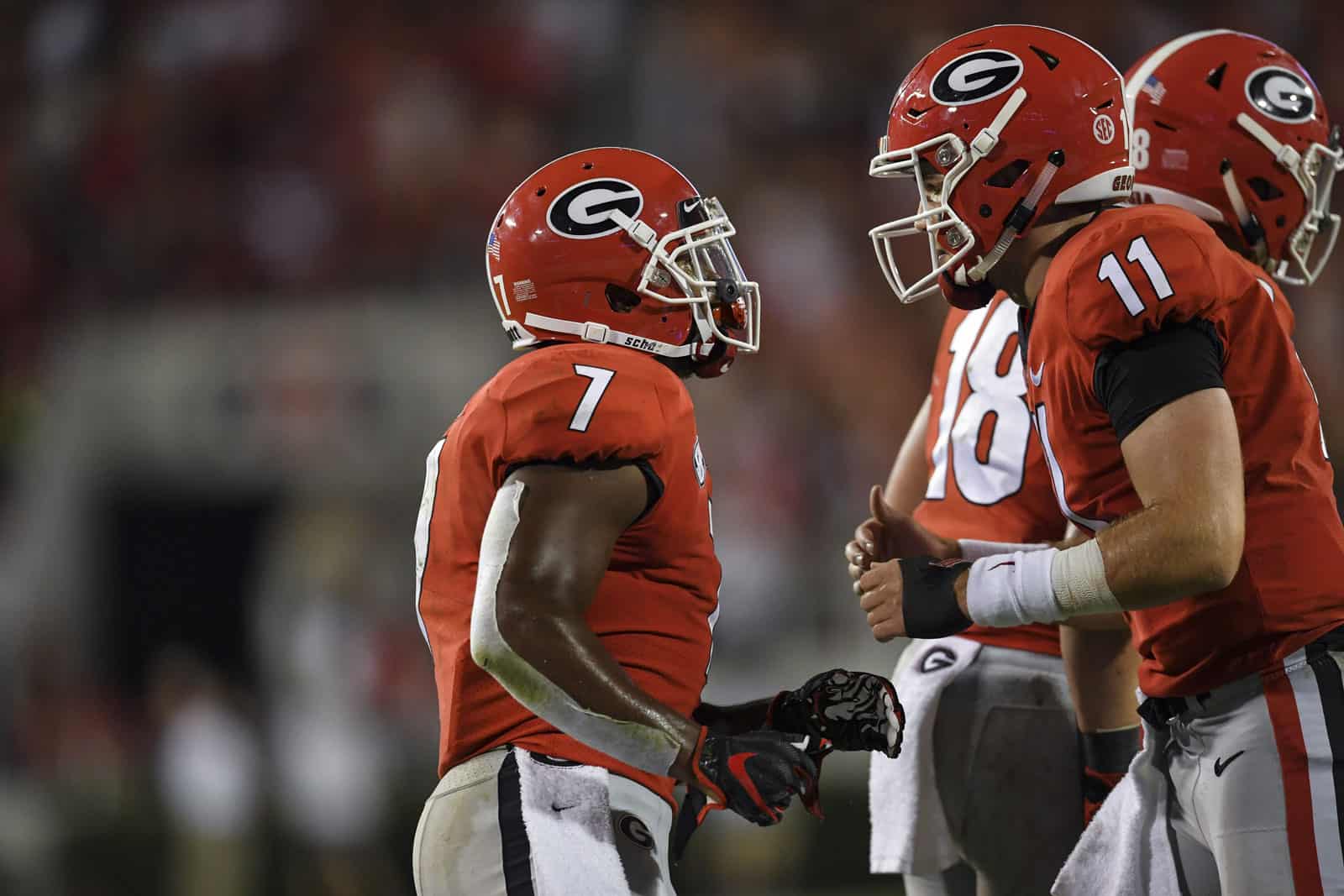 It’s exclusively an SEC matchup Saturday in Week 7 of the 2018 SEC Football season. Why waste any additional time writing up here when we can get to predicting down there?

No bus hits a ditch and/or a wall quite like the Gus Bus when it allows High Expectations to drive. The Tigers went into Starkville and first laid an egg on offense, which then led the defense to lay an egg of their own.

Quarterback Nick Fitzgerald ran for 195 yards and two touchdowns against the vaunted Auburn defense. The offense had very little help to offer as they put together three drives that resulted in field goals in the 23-9 loss.

Tennessee is slowly improving under Jeremy Pruitt, but he’s still in the process of changing culture and mindset in Knoxville, so I’m not sure they have the all the pieces to beat Auburn. Even with Auburn suffering as they are, they should have enough athletes to defeat the Vols on Saturday.
PREDICTION: Auburn 23, Tennessee 12

A work of wisdom: Vegas smells a trap in Nashville. Florida is only a seven-point favorite heading into its game with Vanderbilt Saturday morning (11:00 am kickoff local time) in Nashville.

I’ve written it in plenty of previous predictions and I’ll write it again in 2018; there’s no road game that can catch you off guard like an early kickoff game in Nashville against Vanderbilt. Combine that with the realistic potential of a letdown after Florida’s 27-19 victory over previously undefeated and fifth-ranked LSU in Gainesville.

Vanderbilt will play close for a few minutes into the second half, but Florida will outplay the Commodores and get the win in Nashville to move to 4-1 in the SEC.
PREDICTION: Florida 31, Vanderbilt 10

A word of wisdom: If LSU beats Georgia…. RIP to all things peaceful and holy in the SEC. I know LSU is down, but Ed Orgeron and the Tigers have proven to play best when people have written them off. They play with the grace of a one-legged duck in quicksand when any expectation whatsoever is bestowed upon them. That could be bad news for Georgia. Then again, the game will be played in the daylight hours in Baton Rouge, which helps Death Valley become more like Serious But Stable Condition Valley than Death Valley.

Georgia’s offense has a plethora of options. They appear to have two very capable quarterbacks, that run two completely different packages. Freshman quarterback Justin Fields has been inserted into games at various times all season. Some of his appearances seem more like an attempt to rejuvenate the offense than it looks like a scripted plan to get meaningful snaps.

The Dawgs also have running backs for days and the defense is stacked. Look for Georgia to win a tight one in Baton Rouge.
PREDICTION: Georgia 27, LSU 19

A word of wisdom: The Aggies have lost two games. One to No. 2 (at the time) Clemson and one to No. 1 Alabama. The A&M defense dominated Kentucky’s offense in Saturday night’s 20-14 overtime win in College Station. Benny Snell was held to 60 yards rushing while the Wildcats offense was held to 178 total yards.

South Carolina defeated Missouri in a rain-delayed marathon last Saturday in Columbia on a late 33-yard field goal. Gamecocks senior backup quarterback Michael Scarnecchia outplayed Missouri’s Drew Lock, completing 20-of-35 passes for 249 yards, 3 touchdowns and zero interceptions. If Scarnecchia can replicate that performance against a good A&M defense, the Gamecocks may move to 3-2 in the SEC.

A word of wisdom: On Monday of this week, I had the prediction at 70-41, Alabama. Then, Alabama junior linebacker Mack Wilson tweeted that he takes responsibility for the Tide’s bad defense and they promise to make offenses quit again. Good news, Missouri…

Even with the injury to junior defensive back Trevon Diggs, I think Bama’s defense will adjust to the new and strenuous pacing created by the explosive offense.

Missouri is coming off a long, exhausting, and demoralizing loss on the road last week in Columbia, South Carolina. Not only is it the longest conference road trip of the season for the Tigers, there were numerous weather delays. One of the delays coming with three minutes to play in the game. The Tigers now travel to Tuscaloosa to face the monster that may have been awakened by a few sub par performances.

To add insult to injury, Missouri quarterback Drew Lock was outplayed by Gamecocks senior backup quarterback Michael Scarnecchia in the loss. Lock has something to prove and what better place and time to prove you remain a legit first-round prospect than in a Triple-A NFL city like Tuscaloosa on Saturday night.

With the injury to Tua (sprained knee, but he’s taken all the No. 1 reps in practice this week), Alabama’s offense may more closely resemble the physical and grinding teams that have been a Nick Saban trademark. Then again, Tua could throw for 500 yards in the first half.
PREDICTION: Alabama 61, Missouri 14

A word of wisdom: Arkansas players appear to be trusting the Chad Morris process more and more each week as evidenced in last Saturday’s 65-31 loss to Alabama. Although the Hogs lost by 34, they had over 400 yards of total offense and moved the ball effectively for much of the game.

Ole Miss scored 70 points on ULM last Saturday. They won’t get that many against Arkansas this week in Little Rock.
PREDICTION: Arkansas 41, Ole Miss 21

Surprisingly only one SEC game really matters for the Playoff. Georgia vs LSU does matter. Alabama is going to win anyway. If LSU wins then it become for that a two team race for the playoff, if Georgia wins it could well become two undefeated teams in the SEC Championship game.

I’ll take Bama 51-6, where the defense comes from, I don’t know but they need to step up at some point.
I’ll also take Ole Miss over Sauce.
Georgia over LSU.