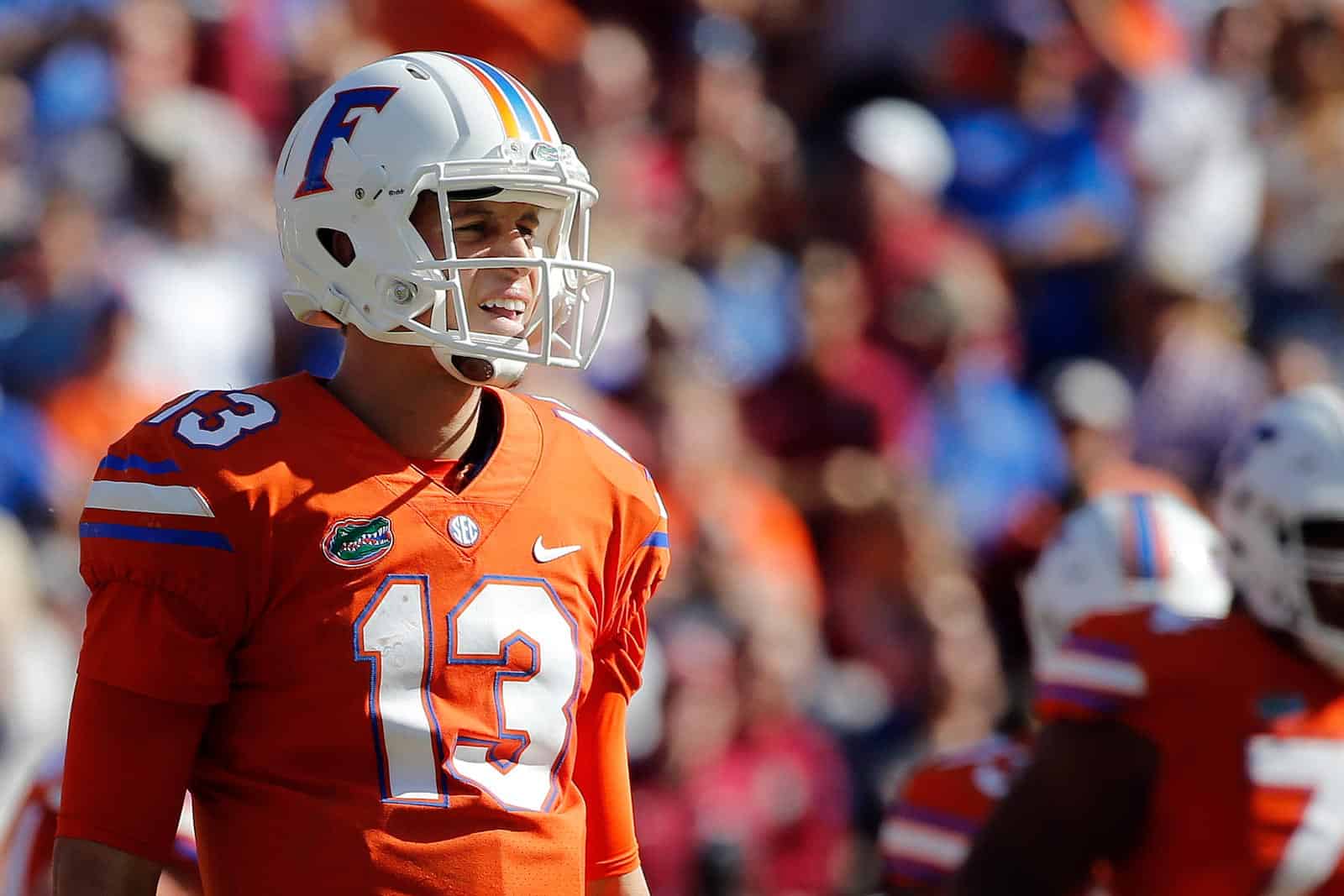 No SEC championship trophy has ever been handed out in the month of September, but the cream can already begin making its way to the top in the first month of the season. Here are four season-making conference games in September for the 2018 SEC football season.

Sept. 8 | Georgia at South Carolina | 3:30pm | CBS
Muschamp-Smart III. This season’s match-up returns to the early SEC-opener status of years past. The Gamecocks only trailed 14-7 at the half of 2017’s game in Athens, but the offense never seemed to be a threat to a Georgia team that seemed content on a boring win a week prior to a huge showdown on the road at Auburn.

South Carolina should have standout senior wide receiver Deebo Samuel for this year’s contest. A win for the Gamecocks would catapult Carolina to the top of the East heading into the third week of the season.

Georgia has more talent and expectations than the Gamecocks, but the Bulldogs may have as many, if not more, questions that will need to be answered after losing all four linebackers that started the Rose Bowl, including all-everything Roquan Smith. Not to mention an offense that lost running backs Sony Michel and Nick Chubb.

Don’t cry for Kirby, SEC. He’s already got the Bulldogs to a “reload” status in only his third year as head coach in Athens. The Bulldogs won’t be rebuilding anytime soon as long as Kirby is calling the shots in Athens.

Ed Orgeron earned his first signature win in a comeback for the ages in last year’s game in Baton Rouge. Like 2013, last year’s loss to LSU became Auburn’s only conference blemish in a season highlighted by stunning wins over No. 1 Georgia and No. 1 Alabama to end the season before spiking both of Cinderella’s glass slippers in Atlanta with back-to-back losses to Georgia in the SEC Championship Game and UCF in the Central Florida National Championship Game.

If Orgeron wants to be taken seriously as the the head guy in Baton Rouge, he needs to start with a road win at Auburn followed by consistent play throughout the entire season. LSU’s record in 2017 was actually pretty good until you look at the September losses that preceded huge October wins. The Bengal Tigers suffered a 37-7 drubbing at the hands of Mississippi State and a loss at home to Troy in September, only to come back in October to beat No. 21 Florida in Gainesville and No. 10 Auburn in Baton Rouge before losing to Alabama by a respectable 14 points in Tuscaloosa in November.

Sept. 22 | Texas A&M at Alabama | Time/TV TBD
Can first-year Aggies head coach Jimbo Fisher be the first Nick Saban disciple to beat his old boss? Many believe Fisher was the guy who would break the streak at some point before Kirby Smart turned Georgia into an instant powerhouse. If Jimbo can do what his predecessor did in his first season as A&M head coach, the college football world will be turned on its ear early in the 2018 season. Anyone remember that 2012 game with the short, cocky kid at quarterback for Texas A&M and the new head coach that was in Houston a year earlier?

All Jimbo needs to do is follow the formula used by Kevin Sumlin when he took A&M to Tuscaloosa in 2012 and shocked the No. 1 Crimson Tide.

If Jimbo does those three things, look out.

Sept. 29 | Florida at Mississippi State | Time/TV TBD
This battle of first-year coaches (at respective schools) may not determine the SEC East or West, but it will more than likely define the course each program will take for the remainder of the season. Dan Mullen could take on the huge villain role if he can parade his new love around Starkville and head back to Gainesville with a win over his former flame. Depending on how Georgia fares in back-to-back weeks on the road against South Carolina (Sept. 22) and Missouri (Sept. 29), a Florida win would push the Gators to the top of the SEC East as we head to October.

We all remember how close Mississippi State came to beating Alabama last November. If first year coach Joe Moorhead and the Bulldogs intend on being an SEC West dark horse beyond September, a win over Dan Mullen and the Gators will do wonders for MSU and the still-jilted fans.

Youins ain’t nern differnt nem yankees at be thinking they knowd what they talking bout. Football be a game of inches and youins be a quarter inch shy of 1/3 of a yard.

can you tranlsate that to non-SEC English, please?

In other words, not relevant in nearly a decade.

I wrote the article and just laughed at JackStriker’s comment. I was about to make fun of the dummy that wrote it and then said, Awe dang.

It has become a routine comedy.