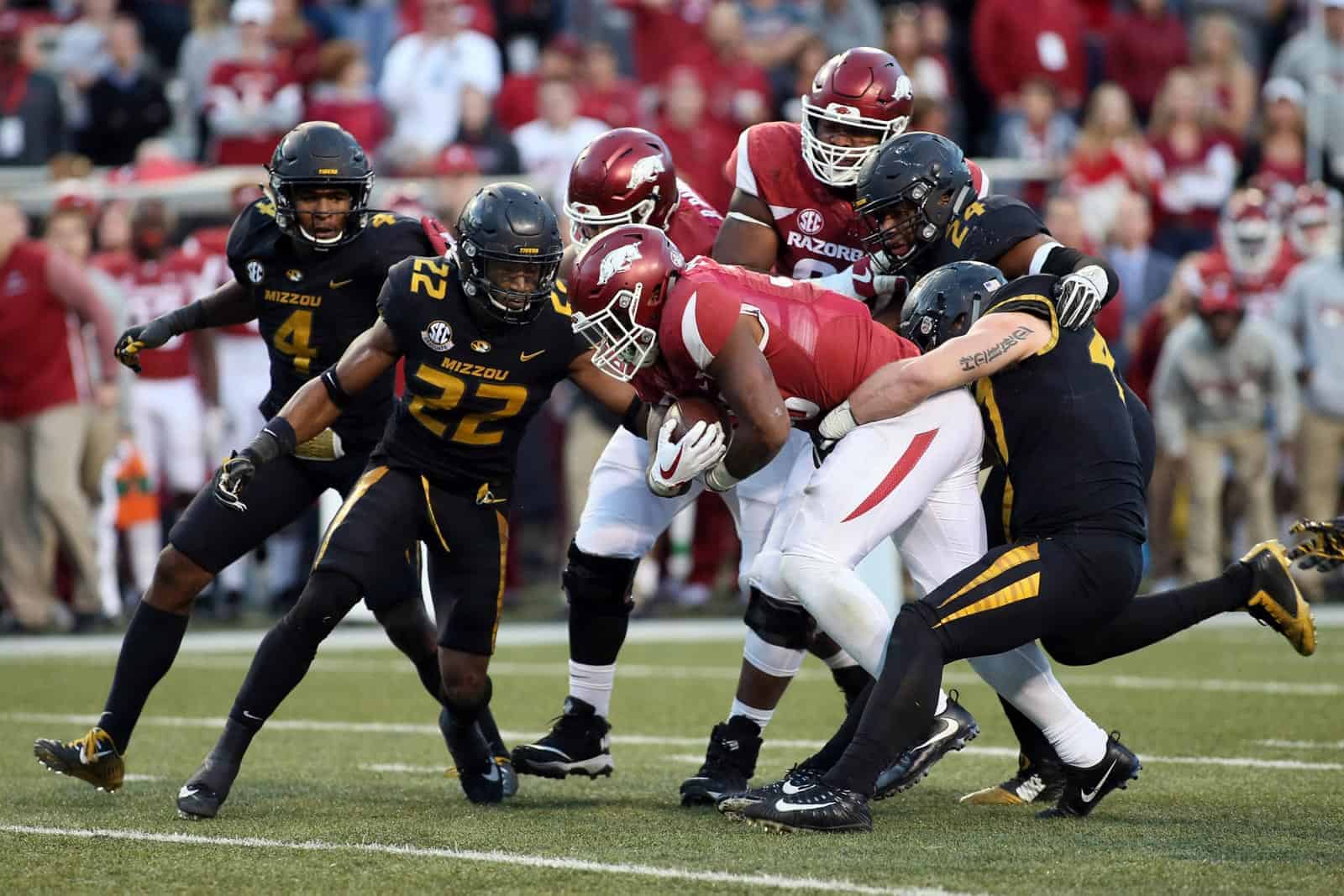 The 2018 Arkansas Razorbacks at Missouri Tigers football game has been moved to Black Friday, the SEC announced on Monday.

The “Battle Line Rivalry” between Arkansas and Missouri, originally scheduled for Saturday, Nov. 24, will now be played on Friday, Nov. 23 and it will be televised by CBS at 2:30pm ET/1:30pm CT.

The CBS crew will feature play-by-play by Brad Nessler, analysis by Gary Danielson, and Jamie Erdahl reporting from the gridiron at Faurot Field in Columbia, Missouri.

Arkansas and Missouri have squared off on Black Friday since the 2014 season. Missouri is 3-1 in those contests and also leads the overall series against Arkansas 6-3.

Arkansas is scheduled to open the 2018 season on Saturday, Sept. 1 at home in Fayetteville against the Eastern Illinois Panthers. Missouri opens the season on the same day at home in Columbia against the UT Martin Skyhawks.

Wouldn’t the top CBS crew be at the Iron Bowl the next day? Doubt they are calling this game.

The SEC release specifically stated that they would be the crew for the game.

They’ll probably do both.