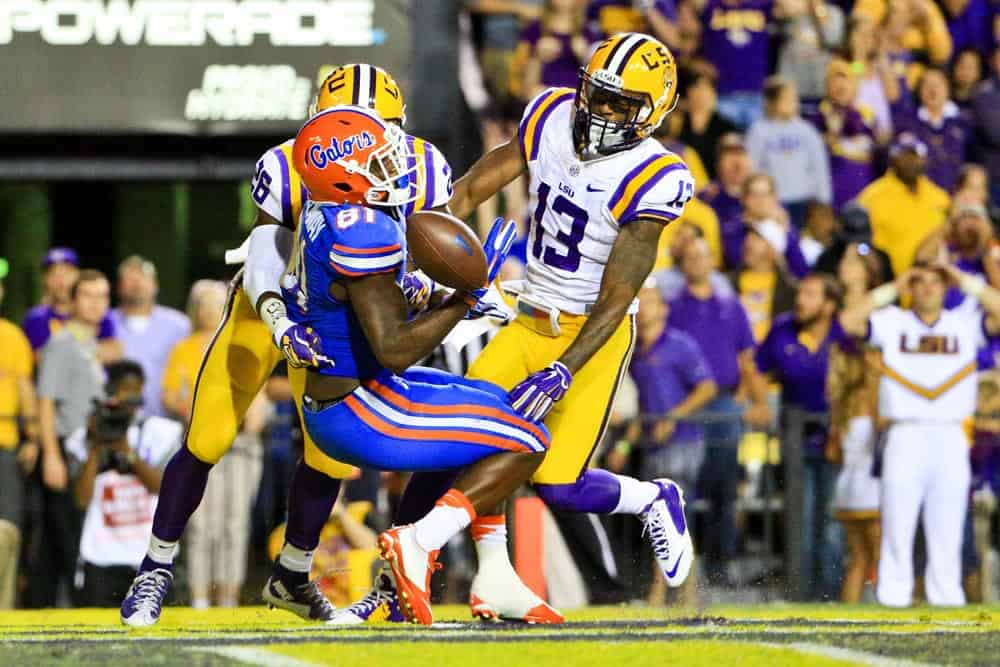 Welcome to the Week 12 edition of SEC Football Predictions, where the only thing worse than my record last week are this week’s slate of games. This is the week where most teams are warming up for next week’s rivalry weekend. At least we have LSU-Florida and Missouri-Tennessee to provide a little drama. Possibly a substantial amount of drama depending on whether LSU can beat Florida in the makeup game that was postponed earlier in the season.

To save everyone a little time, we will predict only scores for the terribly mismatched games and provide a small prediction on the few games where the outcome remains in doubt prior to kickoff.

Big game word of wisdom: We are finally going to get this game in. The most telling thing about this game is the dichotomy represented in the vast gulf that stands between the elite SEC West and the least SEC East. Florida can clinch the East with a win on the road in Baton Rouge. A loss and a three-loss Tennessee will be in the driver seat with full control on whether or not they will play in Atlanta.

LSU, on the other hand, has two conference losses and has been out of the SEC West race since losing to Alabama on November 5th. LSU would easily win the East and they will finish somewhere around third in the West at year’s end.

LSU is fighting for a Sugar Bowl berth and a win in this game will not only keep the team’s hopes and dreams of playing in New Orleans in the New Year alive, it will be keep Ed Orgeron’s dreams of removing the interim portion of the title LSU Head Coach.

Biggish game word of wisdom: The biggest challenge for the Tennessee coaching staff will be deciding how to approach the huge green gator in the room. Florida will be playing LSU at 1:00 p.m. Eastern time, so the game should be at halftime or at least a few plays into the third quarter by the time the Vols kickoff against Missouri.

Actual game time won’t be the issue as much as pregame warmups and drills. If the team does not have singular focus at that point of the day, the entire game could become problematic.

The fact that this game is against Missouri and no one else in the SEC is great news for those traveling to Knoxville hoping to see the first of a two-game road trip to Atlanta. If Tennessee can do what is expected and beat Missouri, then the trip to Nashville on rivalry weekend to face Vanderbilt could be a fun one for Vols fans who thought the season was over after the still unforgivable loss to South Carolina.

Tennessee wins this one, but if the news that Florida has beaten LSU hits Knoxville during the game, hold onto your hats. The energy and air being sucked out of the stadium will be strong enough to ruffle even Butch Jones’ tightly cropped buzz.
PREDICTION: Tennessee 38, Missouri 20

Quick word of wisdom: If Arkansas wins, they are bowl eligible. If they lose, they could finish last in the SEC West.
PREDICTION: Arkansas 26, Mississippi State 20

Quick word of wisdom: Shea Patterson will impress the large Nashville chapter of Ole Miss alumni and have them salivating at the prospects of a great 2017 season.
PREDICTION: Ole Miss 31, Vanderbilt 17

So basically it is an off week for you & descriptions of why Bama should shut out Chattanooga…lol
Ill take Florida over LSU, I just think it being a noon game & Gators are a little bit better then the Tigers, plus the SEC East is a mess & it will not look any better if the Gators lose.
Arkansas wins for a bowl bid.

Arkansas already has a bowl bid. They have won 6 games. Please check your stats.

Ahh, the week the sec west takes a needed bye after a tough sec west schedule and the sec east ramps up their competition compared to playing their east division counterparts.

Red, you are right. I think that was supposed to be related to Mississippi State staying in the hunt for a bowl. Appreciate the heads up. Obviously an off week for me as well. Ha.