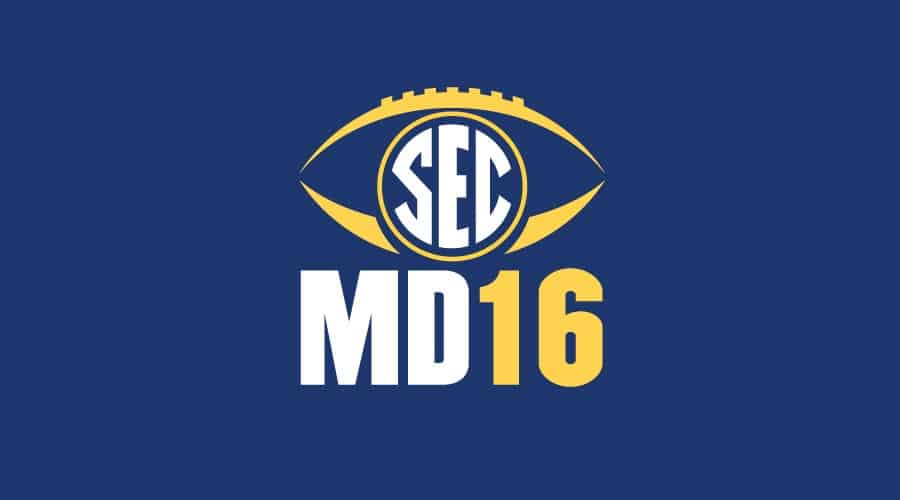 The football season is officially upon us, but before the kick-off on September 3rd, the players and coaches have a chance to convene with the media and discuss their plans for the upcoming season.

The 2016 SEC Media Days will take place from July 11-14, 2016 at the Hyatt Regency Birmingham – Wynfrey Hotel, as it has since 2001. The event will be action-packed with a great deal of anticipation, in an effort to officially begin preparation for the season.

For each team, the head coach and three player representatives will be on site in Hoover for interviews and press conferences during their respective time slots.

This year’s schedule and representatives are as follows: