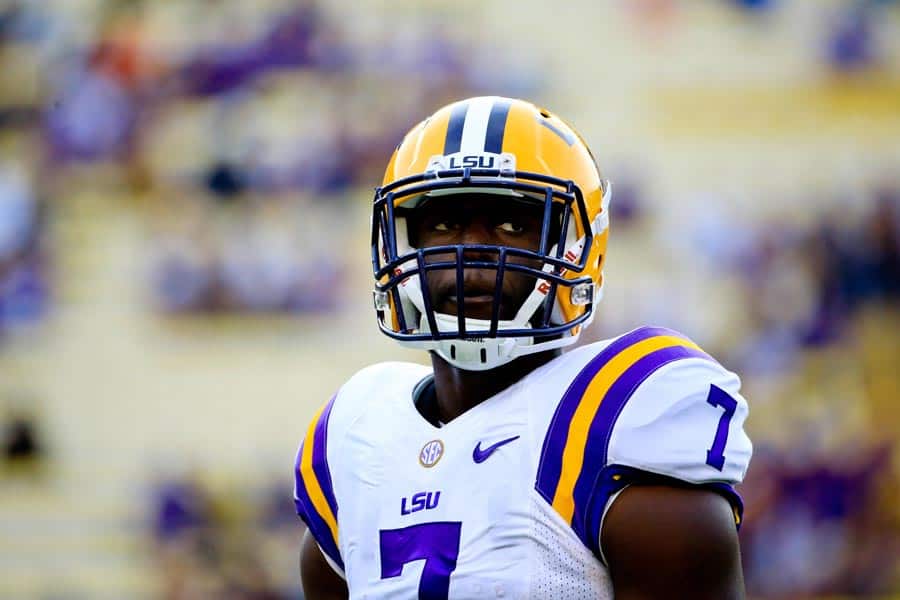 Welcome back to SEC Football Predictions. A huge week of football is in front of us and looking back at what happened last week is not good business. Not only are there big games in the SEC with LSU’s trip to Tuscaloosa among the biggest of the entire season. The nation is set up with games that could have an effect on the SEC’s travel plans for January with this week’s release of the College Football Playoff.

It’s November. Put on a sweater and join me as we walk through Week 10 of  SEC Football Predictions.

Quick word (in three paragraphs) of wisdom: We mentioned here before and we’ll mention it again. Mississippi State will damage someone’s season in the West which could subsequently destroy the entire SEC season when zero conference teams are in the College Football Playoff.

Unfortunately for Alabama fans, all that disappointment could come at the Tide’s expense a week after a huge “Game of the Century” matchup with LSU. An Alabama win over LSU, an Ole Miss win over LSU, and a Mississippi State win over Alabama would make for one heck of an Egg Bowl and tiebreaker to see who goes to Atlanta out of the SEC West.

Speaking of looking ahead, the Bulldogs are playing in a few hours in Columbia, Missouri. Missouri is not good. No offense to the Tigers. That’s pronounced with stress on the “fense,” not the “of’.” Well, I could have written “No offense for* the Tigers” and no one could really disagree so hip hip hooray for me on that little play on words.
PREDICTION: Mississippi State 34, Missouri 3

Quick word of wisdom: After a ton of speculation in the above prediction regarding Mississippi State, Florida has a chance to blow all of that babble out of the water by running the table and winning the SEC Championship. That would more than likely put Florida in the College Football Playoff.

I guess all that matters right now is Vanderbilt. At least that’s what Gators head coach Jim McElwain would say so we’ll stick to that narrative for a few minutes.

Florida is going to beat Vanderbilt. See the predicted score below this sentence.
PREDICTION: Florida 20, Vanderbilt 0

Quick word of wisdom: Georgia fans have to be livid at this point. It’s the first week of November and the Bulldogs are coasting down the stretch in the middle of the pack looking at the reality of a New Year’s Day bowl being the best-case-scenario.

We said Tennessee would score 50 on the Wildcats last week and they did just that (pay no attention to the Houston-Vanderbilt prediction). Kentucky is bumbling, crumbling, and stumbling down the stretch. The good news is Georgia is doing the same so whoever stumbles the least will win Saturday.
PREDICTION: Georgia 28, Kentucky 17

Quick word of wisdom: Arkansas is a sneaky team. They stayed close with Alabama for three quarters and have played well at times. There are times they are not playing well, but there’s something about this trip to Oxford that feels right for the Hogs. Ole Miss was one of the two victims of two consecutive shutouts for Arkansas in 2014 when the Hogs ended their long conference losing streak.

The Rebels probably won’t be shutout, but the season may take a turn for the worse on Saturday in the first game of a day-night doubleheader on CBS. This one will have many fans of the next game exhausted after a classic. The Bama-LSU game becomes even bigger if Arkansas can pull the upset.

Arkansas has a knack for overtime games and this game will add another notch to the Hogs’ impressive belt of overtime wins.
PREDICTION: Arkansas 37, Ole Miss 31 OT

Quick word of wisdom: This time next year we will look back at Tennessee and talk about how the magical season they are having is not that big of a surprise. We’ll talk about how they had Oklahoma, Florida, Arkansas, and Alabama beat before blowing a late lead. It’s not out of the question that Tennessee doesn’t lose another game until October 2016.

The Vols scored 50+ last week at Kentucky and they will run up points on the scoreboard in this one against the Gamecocks as well.
PREDICTION: Tennessee 48, South Carolina 20

Quick word of wisdom: Not sure what is going on at Auburn and this game will do nothing to clear up any of that confusion. The Aggies add another dent and ding to this already tattered and disappointing 2015 Auburn season.
PREDICTION:  Texas A&M 34, Auburn 14

HUGE game word of wisdom: CBS employees will be requesting time and a half pay after the doubleheader they host on Saturday. We see Arkansas and Ole Miss going to overtime in game one and we have no reason to believe Alabama and LSU will finish in regulation. It’s almost as easy to remember a game that ended in overtime in the series as it is one that only went four quarters.

Leonard Fournette is LSU’s Heisman Trophy front-runner coming out of the backfield. He also seems to be a winner off the field as well. Fournette will need to be grounded in patience for this game as Alabama’s defense stops the run consistently no matter who lines up at running back for the other team. Fournette needs to be careful not to force things early and pick his spots. It’s games like this when guys get hurt trying to do too much too early against teams that are too good.

Apologies to the whiny writers that complained about the classic 2011 game that ended in a 9-6 LSU victory in overtime. This one will be a classic and it will live up to the hype. Both teams will throw huge punches and both teams will have a counter-punch for every punch that lands. It won’t be a 9-6 overtime game, but it will be an overtime game with points at a premium. The good news is both teams will run the ball enough to keep the length of the game low.

-More screams of SEC bias and demands that someone recognize the SEC plays the least amount of Power 5 games:
http://www.cbssports.com/collegefootball/eye-on-college-football/25253517/what-league-plays-highest-percentage-of-power-5-nonconference-games

Mean while the SEC is behind the BIG-12 & ACC for playing FCS games. Point being your not attacking any other conference for anything, just the SEC.

6-1. Not bad for a guy who doesn’t know a thing about the SEC. The one loss was a game then went to overtime…

Can people honestly say the SEC is the best conference in sports? Only Alabama is worthy of praise. By the way, the second best team in this conference is neither LSU nor Florida. It’s actually Mississippi State, and it’s because it’s the one of only two teams in this conference with an actual quarterback that could start for other conferences. (Maybe Chad Kelly too.)

Wow, you have Arkansas beating Ole Miss, very well. I don’t see Ole Miss losing this one either but in a few weeks the Rebels will run into problems.
Alabama plays their best football against the best teams, @#8 Georgia, @#9Texas A&M & now they have #3 LSU at home, I still have Bama losing this game in a low scoring one. You are correct, if it comes down to the kicking game then congras on the win Tigers, everything else to me is up in the air though, Bama has had a bit tougher schedule then LSU & hopefully that will work in their favor. LSU 17-Bama 10
All other predictions seem on mark.

The absolute minute the SEC stops playing FCS teams will be the exact moment everyone complains that the SEC and other Big 5 conferences are committing collusion and creating an unfair advantage over the schools who depend on those games to fund their athletic departments.

Agree with all the predictions except LSU will beat WAY OVERRATED Alabama 23-17. I agree with the fact that Arkansas beats Ole Miss in OT.