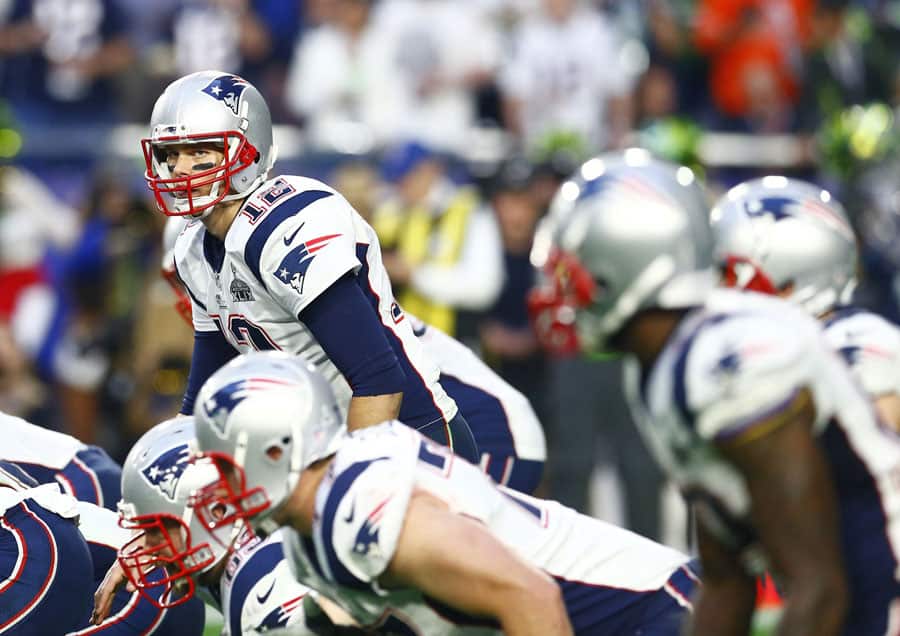 The Patriots open the season vs. the Steelers. (Mark J. Rebilas-USA TODAY Sports)

Games on Sunday begin on Sept. 13 with the Dallas Cowboys hosting the New York Giants. That game, as well as all remaining Sunday Night Football branded games, will be televised at 8:30pm ET on NBC.

Overall, the 2015 NFL Sunday Night Football Schedule on NBC will include 18 regular-season games.

Go giant go get that win for me

Go get that money saints

Get that money giants

SILVER AND BACK RAIDERS NATION

Game of the year Dec.20 vikings will run through(28) the bears lacadazical defence.

Hold it down Texans till A.Foster com back turning up 4 da city!!#!!