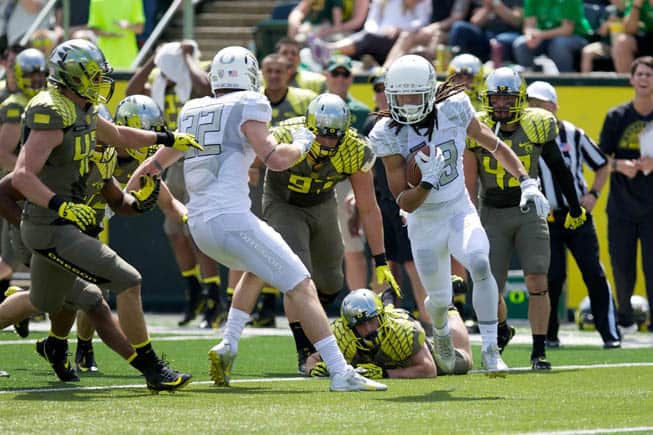 Spring practice has begun for several college football teams, and again this season several 2014 Spring games will be televised or streamed online live.

ESPN has already announced games on ESPN and ESPNU, as well as several that will be broadcast on ESPN3. Other games have been announced for Big Ten Network, CSS, Longhorn Network, and Pac-12 Network.

Listed below is the 2014 Spring football game TV schedule with date, time and network information. Additional games will be added to this list as they are announced.

Note that this is only a list of games on TV or online. For a complete list of Spring games, see our full 2014 Spring Football Schedule.

Northwestern will have no traditional Spring game, but they will have two practices open to the public. The one on April 5 is at 11am ET and will be broadcast on BTN. They will also have an open practice on 4/12.

Boise St. plays their spring game April 12,2014; why are they not televised?

Some schools choose not to televise their Spring games.