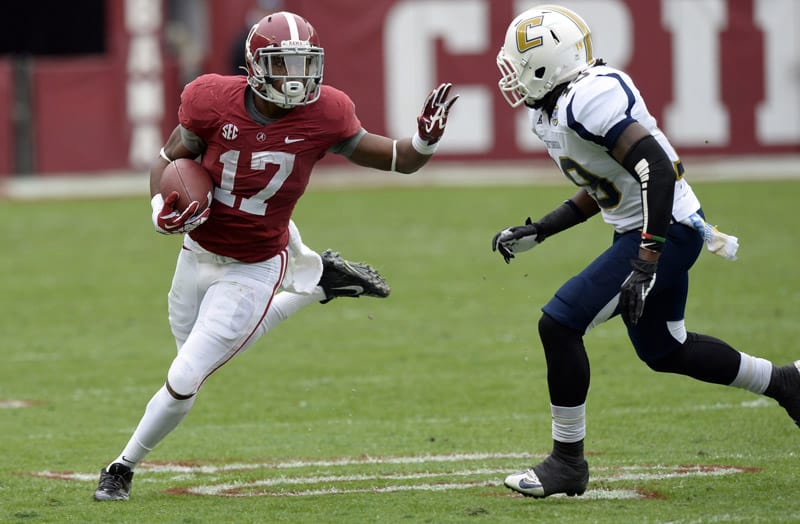 Despite being arguably the toughest conference in college football, the SEC has one or two weekends each year where the schedule is downright abysmal. The 2014 SEC football schedule is no different, so let’s discuss the worst weekend(s) of the upcoming season.

WORST I – September 6
Since the birth of the 12th regular season game being added to the schedule in 2006, which led to an explosion of annual neutral-site/kickoff classic games on opening weekend, there has been a developing trend each season in which two weekends are the worst on the SEC football schedule.

The second week and the second-to-last weekend of the season have become established weekends where the SEC basically has a collective “open” date on the schedule. For 2014, those two dates are September 6 and November 22.

The SEC remains — for the most part — in non-conference mode during the second week of the season, so the potential is extremely high for conference teams to play a school willing to take a whopping payday in exchange for a whipping. Thus, nearly every team in the SEC has set this weekend aside as the weekend to issue said paychecks and whippings.

There’s a good chance that LSU-Sam Houston State has not been flagged as a potential instant classic by ESPN, but that’s why they play the games.

The new football smell of 2014’s season will be wafting among fans this early in the season so the SEC’s atrocious schedule on the second weekend is not as noticeable. In all honesty, most fans would pay good money to watch Nick Saban and Les Miles play catch for three hours at this point so long as it’s done on a football field and they are allowed to tailgate for three days prior.

September 6 Worst Weekend is Number “1”
(1) Number of schools misspelled on the September 6th portion of the 2014 SEC Football Weekly Schedule from the official SEC website.

Arkansas is listed as playing “Nichols” State and based on the official Colonels website, it should be spelled “Nicholls.” Want to determine if your schedule has a team that has yet to reach “household name” status? Check the spelling of your opponents. If any are incorrectly spelled, you are paying that school a large sum of money to play.

(1) Number of games that could alter the SEC standings.

Ole Miss-Vanderbilt will battle it out at LP Field in Nashville. There’s a good chance this game will not impact who plays in the SEC Championship Game, but it will put a number in the conference win or loss column for each team, so it counts.

WORST II – November 22
This it titled Worst II because the sequel is never as good as the original. The tiebreaker utilized to determine which weekend is worse involves one question: What point of the season do these matchups take place?

The only weekend (not including those awful weekends from the middle of December through the end of August) worse for SEC fans is the second to last weekend of the regular season. This is the weekend prior to rivalry week. This is the complete and total antithesis of the first weekend of the season. The level of excitement in the first weekend is at a fever pitch, while this late point of the season has fans doubling over in anxiety over fear that a key player may be injured before next week’s huge rivalry game.

“But wait,” you may say as you see three SEC matchups and no spelling errors. “There’s only one SEC matchup on September 6 and the spelling of the schools on the November 22 portion of the schedule is nothing short of exemplary!”

You are so correct, but remember one key element — when. When the games are played can be as important as who is playing. Those three SEC games would be great on September 6 because all six of those teams still believe there is life remaining in the season. With all due respect to those six teams, the majority of these schools will more than likely be playing for a postseason game with Music City Bowl status by November 22.

Alabama should count this second-to-last-weekend of the regular season as a tax write-off each year. The Crimson Tide’s annual philanthropy to the FCS at this juncture of the season has surely funded many a budget.

The big winners in this two-week “open” window are friends and family of SEC football fans. This window provides the possibility for the unfathomable to occur South of the Mason-Dixon line — the SEC fan’s attendance at your (or the said fan’s) September or November wedding.

I’m actual interested in seeing the LSU vs Sam Houston St game. I think Sam Houston St will keep in close in the 1st half but may lose by 21 at the end.

I kind of enjoy the early-season cupcake games, but not the ones in November. But, interestingly, Vanderbilt and Ole Miss scheduled their cupcakes for other weeks.

You can add a “worst”.. As in this is now the worst thing I have read on here….what a bunch of catpoo. Thank Heaven Kevin put up Phil Steele’s SOS article.