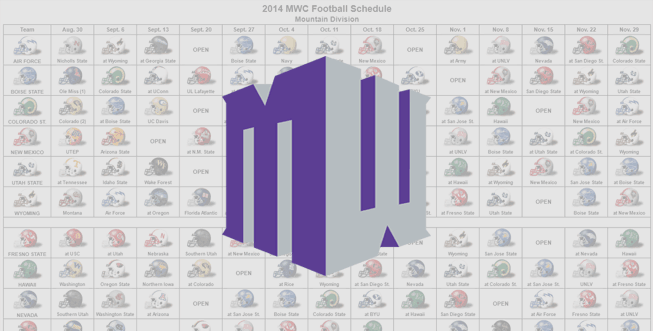 The 2014 Mountain West Conference Football Helmet Schedule is now available. The PDF schedule features the helmets, date, and opponent for each MWC team.

The MWC announced the full 2014 schedule on Thursday, Feb. 20. However, some games could be shifted to Thursdays and Fridays for television. The helmet schedule will be updated as those changes are announced.