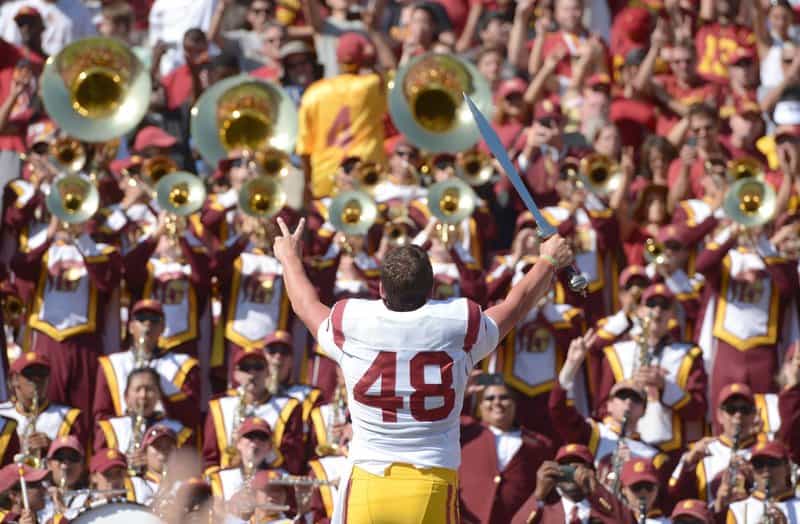 That’s all, folks. The second week of college football is officially in the history books.

Following are a few final scores that really caught my eye, so I categorized them as I saw fit.

Alright. Before anybody says anything, this category was really hard to find a few solid games that were worthy. I mean, most teams were facing FCS teams, or FBS teams they easily handled. But, the Trojans did beat the Cardinal 13-10 in a game that maybe isn’t always defined as a “best” game. However, this is the second consecutive season the Trojans have beaten the Cardinal, and they also snapped Stanford’s 17-game home winning streak. It was such an adrenaline rush that the USC athletic director, Pat Haden, ran from the press box to the sidelines to confront the officials at one point.

Who Saw That Coming

McNeese State was so close to upsetting Nebraska. Nebraska led 14-7 after one, 21-14 after two and ultimately won 31-24. Nebraska is going to have a tough year this season, but thankfully they were able to pull of this victory. Navy just barely squeaked by Temple, which is pretty shocking. Temple is one of those sleeper teams this season, no doubt. BYU manhandled the Longhorns. Truthfully, I expected the Longhorns to if not win this one, then to at least put up 21-28 points.

Jameis Who? Florida State only put up 37 on The Citadel. Are you serious? I’m sorry to say, ‘Nole fans, but this team is not a national title contender the way they are playing. They almost fell to Oklahoma State in week one, and can’t even score 40 on The Citadel. The unranked Hokies bested #8 Ohio State by two touchdowns. Impressive. Yes, the Buckeyes are without Braxton Miller for the season. However, with that said, how many people really were counting on VT topping Ohio State by 14?

Arizona topped UTSA by three points, but I see this more of a toss-up. UTSA seems to be one of those teams that could pose a serious threat, and well, they did only lose by three. The Gamecocks defeated East Carolina 33-23; however, the Steve Spurrier-lead team isn’t what it has been in years past. I feel like the Gamecocks were still in shock about how bad of a whooping they received by the Johnny Manziel-less Texas A&M Aggies.

Auburn is pretty good. While losing 59-13 looks bad,no shame in the way the Spartans played. Auburn was just too damn big….but it was fun watching Travis Raciti in action,he is much stronger this year and the Tiger O-line had trouble with him all game long. We’ll be back next year and ready to do this again.

In order for Stanford to beat themselves they would have to being playing themselves. So…
Stanford 13
Stanford 10?