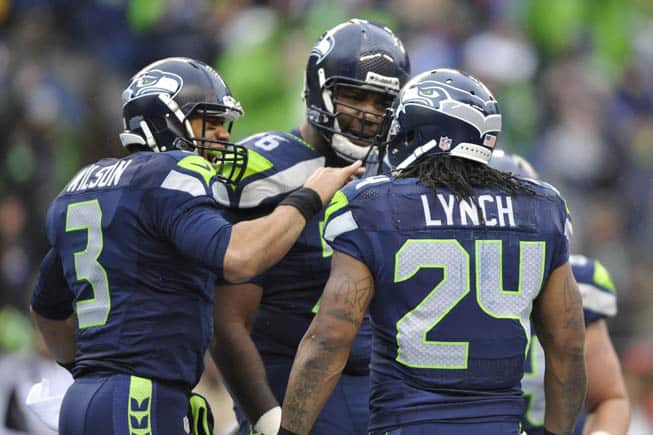 On Saturday, the Seattle Seahawks and the New England Patriots both advanced to their respective conference championship games.

Earlier today, the San Francisco 49ers defeated the Carolina Panthers 23-10 to advance to the NFC Championship Game, and then the Denver Broncos beat the San Diego Chargers 24-17 to move on to the AFC Championship Game. Both championship games will be played on Sunday, Jan. 19.

As the first seed, Denver will host New England in the AFC Championship Game at Sports Authority Field at Mile High. The game will kickoff at 3pm ET on CBS.

Seattle is also a number one seed, which means they will host San Francisco in the NFC Championship Game at CenturyLink Field in Seattle. The game will kickoff at 6:30pm ET on FOX.

The AFC and NFC Champions will meet in Super Bowl XLVIII at MetLife Stadium in East Rutherford, NJ on Sunday, February 2, 2014. The game will be televised by FOX at 6:30pm ET.

I would like to know when the 2014 schedule for the 49ers will be out. Also when are the single season tickets going on sale. Need to know asap because I want to attend the 49er first home game and I need dates so that I can schedule my 2 week vacation in Sept. Thank you in advance for your help.

The full NFL schedule is usually released in mid-to-late April. That’s also when tickets will go on sale.

Packers needs to win vs the bears