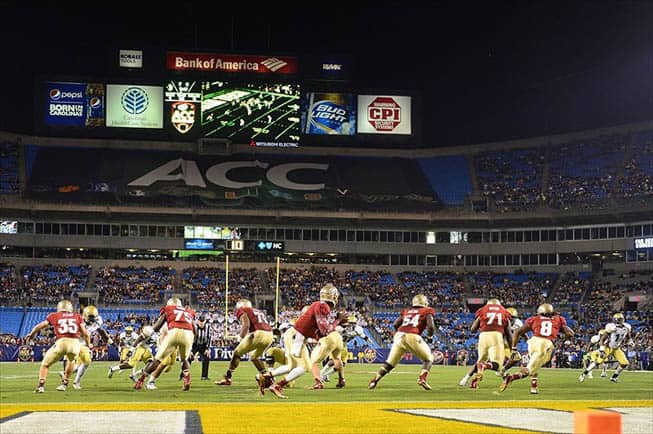 The game will be played on Saturday, December 7 and will feature a match-up between the Atlantic and Coastal Division champions.

“This is an exciting time for the ACC and we look forward to the 2013-14 lineup of ACC Championships which for the first time will feature Notre Dame, Pitt and Syracuse,” said Swofford. “We have terrific programs that continue to compete at the highest level and we are looking forward to a bright future as a 15-member league.”

The ACC Football Championship Game was first played in Charlotte in 2010 and has been there ever since. Jacksonville was the host of the first three title games from 2005 through 2007. The game then moved to Tampa in 2008 and 2009.

Charlotte’s Bank of America Stadium is home to the NFL’s Carolina Panthers and has a seating capacity of 73,504. The 2011 match-between Clemson and Virginia Tech was a sellout at 73,675.

The 2012 match-up featured Florida State against Georgia Tech. The official attendance for that game was announced as 64,778, but actual attendance was significantly less.

Of course. The Atlantic Carolina Conference.