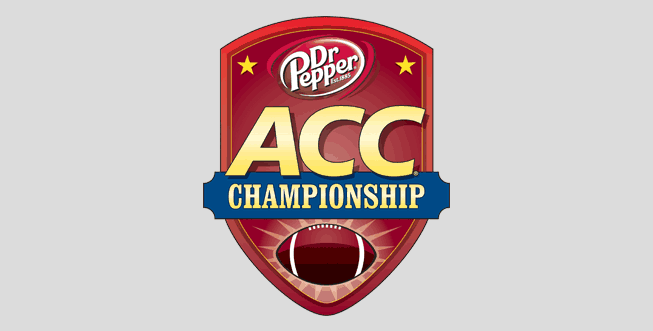 The 2013 ACC Football Championship Game is set with the Duke Blue Devils facing the Florida State Seminoles. The game will be played on Saturday, Dec. 7 at Bank of America Stadium in Charlotte, NC (8pm ET, ABC).

Duke (10-2, 6-2 ACC) won the Coastal Division title yesterday after defeating North Carolina 27-25. The Blue Devils will play in their first ever conference championship game and are bowl eligible for the second straight season, which is a first in school history.

Florida State (12-0, 8-0 ACC) clinched the Atlantic Division title with a 59-3 rout at Wake Forest on Nov. 9.  The Seminoles will be making their second straight championship game appearance and fourth overall.

The Seminoles have never lost to the Blue Devils, having defeated them 18 consecutive times dating back to 1992. However, FSU’s victories in 2006 and 2007 were vacated.

If Florida State gets past Duke, they will play in the BCS National Championship Game at the Rose Bowl in Pasadena, CA on Monday, Jan. 6.