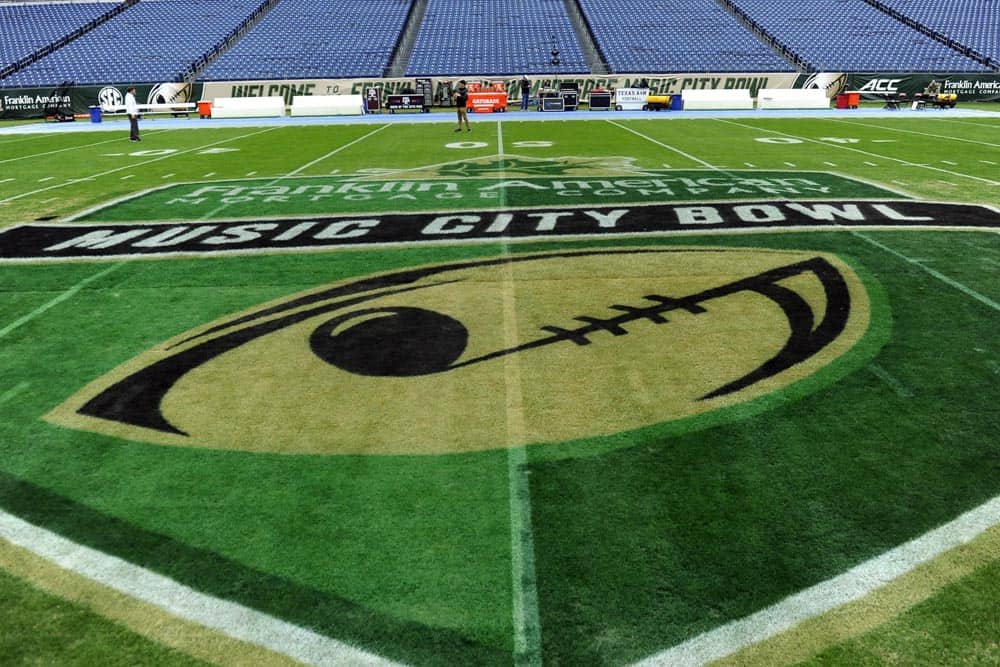 The 2016-17 edition of college football’s postseason is stacked full of 40 FBS bowl games, one FCS contest, and then the third-ever CFB Playoff title game.

Florida leads the pack with nine bowl games within its state lines, followed by Texas with six, California with four and Louisiana, Alabama and Arizona tied at three each.

With 40-plus non-conference games in 15 days, there is something for everybody. Take a look at the following fantastic facts associated with this season’s bowl buffet.

TWO teams will go bowling on their home field

In 2015, two non-Power teams managed to upset Power conference members during bowl season: (21) Navy beat Pitt in the Military Bowl and (18) Houston beat (9) Florida State in the Peach Bowl. Here’s a look at smaller schools with the same opportunity this year.

WAKE FOREST has NEVER scored a point against (24) TEMPLE

Not only will Wake Forest have an opportunity to score a bowl win for the first time since 2008, it will have a chance to score on the Owls for the first time in history. The two schools have met only once previously, in 1930 in Philadelphia, a game Temple won 36-0.

The reunion is scheduled for Tuesday, Dec. 27 in the Military Bowl in Annapolis, Md.

FOUR games are being played in MLB stadiums

Four of the 40 bowl games, or 10 percent, will be played in venues normally used for baseball.

Pinstripe Bowl (No. 23 Pittsburgh vs. Northwestern) in Yankee Stadium – home of the New York Yankees.

In perhaps the stat of the season – Miami (Ohio) is 11-18-1 all-time vs. the SEC. Here’s a look at the wins listed chronologically.

The RedHawks will get a chance to improve their record on Mon. Dec. 26 in the St. Petersburg Bowl vs. Mississippi State.

FOUR of the games feature two teams without winning records

Ten percent of this year’s contests pit teams against each other who both didn’t make it above .500 in the regular season. Yikes.

The only rematch from the regular season in this year’s bowl lineup, Army and North Texas met on Oct. 22 at West Point – the Mean Green won the game 35-18. It was North Texas’s first-ever win over the Black Knights.

The two play again on Dec. 27, in the Heart of Dallas Bowl in the historic Cotton Bowl, a mere 45 miles from the North Texas campus.

THREE games will be played in the same stadium

The staff that runs Camping World Stadium (previously known as the Citrus Bowl and the Tangerine Bowl) in Orlando, Fla. will have to set up and take down three separate bowl games in a matter of 15 days.

No fanbase has waited longer to go bowling than the Eagles of Ypsilanti. It’s been 29 seasons since Eastern Michigan streaked to a 10-2 record, winning its only MAC title and beating San Jose State in the California Bowl in Fresno.

The 1987 season also marked the programs’ best-ever finish and the only time it has achieved double-digit wins.

Even though these four haven’t appeared often in late December, they’ve never let their fans down when they did. All but one of the schools, Eastern Michigan, hails from the Sun Belt conference.

The RUSSELL ATHLETIC BOWL has had the most previous names

The postseason game with the most severe case of multiple personality disorder is the Russell Athletic, which has had a whopping seven different names since it kicked off in 1990.

The postseason version of “Reunited and it feels so go” features three combos that are at least as old as my sister.

The following five schools, listed by the year they last won, have waited the longest in this year’s field to taste from the chalice of postseason glory. Snapping the streak will be more difficult for three of the five, tasked with facing ranked opponents.

1987 – EASTERN MICHIGAN – last and only bowl win vs. San Jose State in the California Bowl – 0-0 since. Plays Old Dominion in the Bahamas Bowl on Dec. 23.

All but NINE games will be aired on ESPN

The leader in sports will lead the way this bowl season by covering 78% of the games on its flagship channel. If you add in the four games airing on ABC and the one on ESPN2, 90% of the games will be covered by the family of networks.

Here are the four exceptions: The Cure Bowl (UCF vs. Arkansas State) on CBSSN, the Foster Farms Bowl (Indiana vs. No. 19 Utah) on FOX, the Sun Bowl (No. 18 Stanford vs. North Carolina) on CBS, and the Arizona Bowl (South Alabama vs. Air Force) on ASN/CampusInsiders.

These pairings go way back – to when the two schools played each other regularly. It’s an opportunity to show your old league how far you’ve come, or on the flip side, to firmly state, “We’d still be beating the junk out of you.”

(21) TENNESSEE and NEBRASKA have the most combined bowl experience

The Volunteers (51) and Cornhuskers (52) have over 100 previous bowl appearances between them, making the Music City Bowl the most experienced game of the season.

SIX games feature a matchup we have NEVER been seen before

Of the six first-ever meetings, two are never-seen before clashes between the SEC and ACC.

TWO teams are playing in their first ever bowl games

UTSA and OLD DOMINION will see bowl action for the first time in program history.

UTSA fielded its first football team in 2011, meaning it waited a mere five seasons to go bowling. The Roadrunners will face New Mexico in the New Mexico Bowl on Dec. 17.

Old Dominion started football operations in 1930, but didn’t field a team from 1941-2008. It reappeared as an FCS school from 2009-13 and finally moved up to the FBS as a member of Conference USA in 2014. The Monarchs are set to square off Eastern Michigan in the Bahamas Bowl on Dec. 23.

Here are ALL the teams playing in bowls at or close to home, not just the ones playing in their home stadiums.

Yep,
That USC team gets to play close to home again, may be that “special Trojan fan” can stop complaining about SEC teams playing in bowls close to home. I luv it when they compare the miles to the stadium from both campuses. Should be an easy win for the Trojans then, I guess. Like last year…….ohh wait.