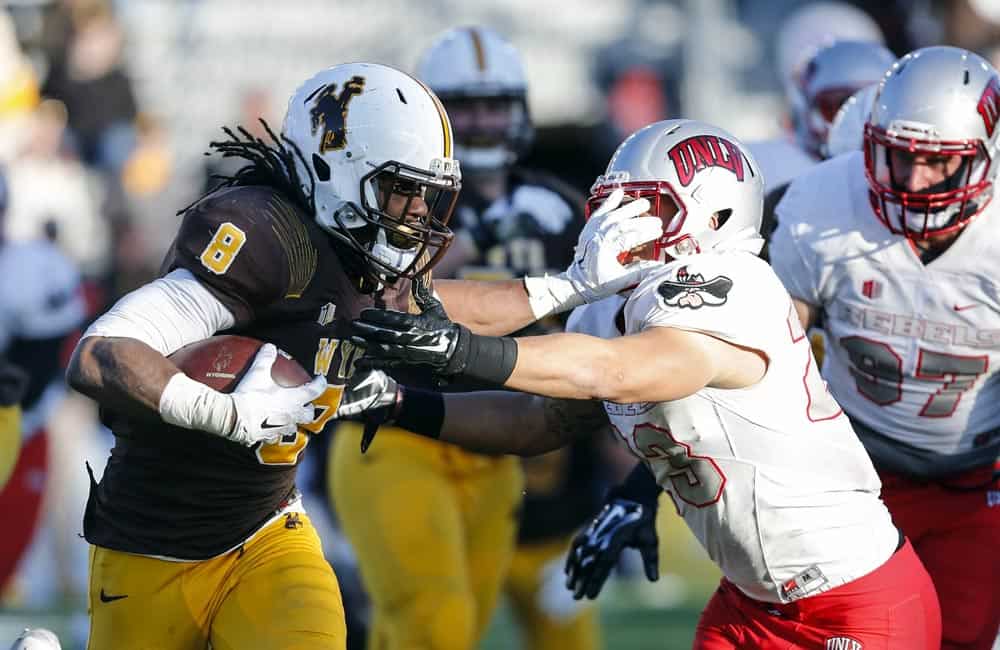 The Wyoming Cowboys have added a future game against Weber State for 2020 and have moved a scheduled game against Appalachian State to 2023, their 2016 football media guide indicates.

Wyoming will host the Weber State Wildcats at War Memorial Stadium in Laramie on Sept. 5, 2020. The two teams have met four times, all in Laramie, and the Cowboys were victorious in each contest.

Weber State is a member of the Big Sky Conference in the Football Championship Subdivision (FCS). The Wildcats finished the 2015 season 6-5 overall and 5-3 in conference play.

Wyoming now has two non-conference games scheduled for the 2020 season. The Cowboys are also scheduled to travel to Texas Tech on Sept. 12.

Appalachian State was previously scheduled to visit Laramie on Sept. 4, 2021 in the second game of a home-and-home series that began in Boone, North Carolina last season. According to Wyoming’s media guide, the Cowboys will now host the Mountaineers two on Sept. 23, 2023.