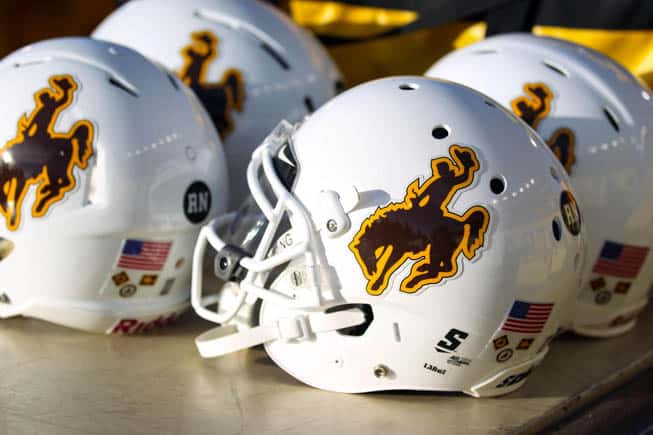 The Wyoming Cowboys announced several future scheduling additions and changes today, highlighted by a home-and-home series against Texas Tech for 2020 and 2022 and trips to Clemson in 2021 and Iowa in 2017.

Wyoming will travel to face Texas Tech at Jones AT&T Stadium in Lubbock on Sept. 12, 2020. The Cowboys will then host the Red Raiders at War Memorial Stadium in Laramie on Sept. 3, 2022.

Wyoming and Texas Tech last played a home-and-home series in 1991 and 1992 and split the two games. The Cowboys lead the overall series 3-2.

Several other game additions and changes were announced today by Wyoming and are listed below.

Single Games vs. Clemson and Iowa

Wyoming will travel to Death Valley to play the Clemson Tigers on Sept. 18, 2021. It will be the first ever meeting between the two schools. The Cowboys will also travel to face the Iowa Hawkeyes on Sept. 2, 2017. Iowa leads that series 2-0.

Wyoming has scheduled a home-and-home series with the Idaho Vandals. Wyoming will travel to face Idaho on Sept. 15, 2018 and will host the Vandals the following season on Sept. 14, 2019.

That will be a good test. Wyoming has a good offense but still needs work on defense. Like to see the Pokes pull the upset.

You ‘boys don’t stand a chance when you travel to Iowa to play the Hawks.

Wyoming needs to either join the Big Sky or drop their football program . I feel sorry for Bohl, I bet he wishes he had never committed to a career in Laradise.