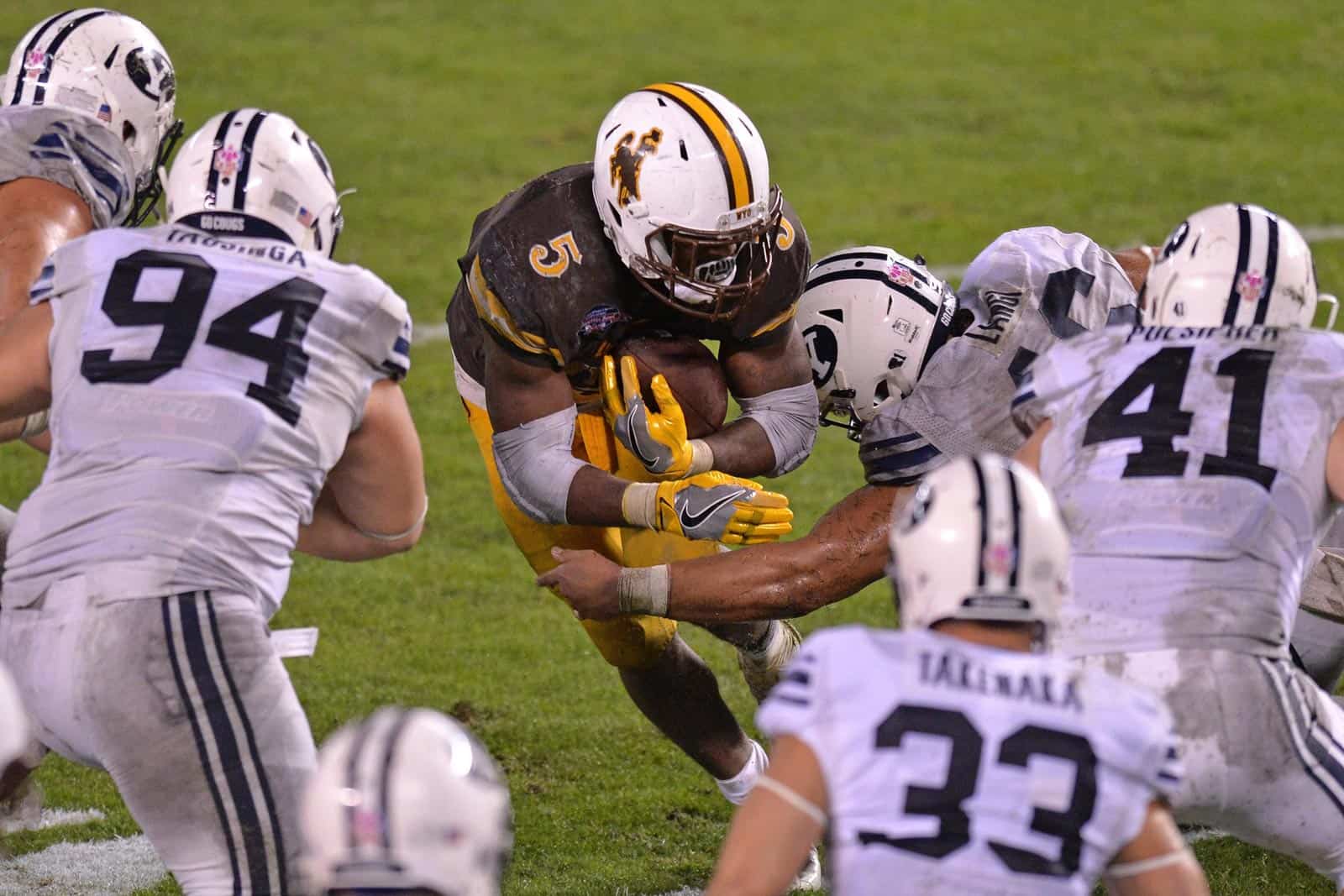 The Wyoming Cowboys and the BYU Cougars have scheduled a home-and-home football series for 2022 and 2024, both schools have announced.

News of the series being scheduled was first reported on Tuesday by WyoSports.net.

The series will kick off at LaVell Edwards Stadium in Provo, Utah on Sept. 24, 2022 and then conclude at War Memorial Stadium in Laramie, Wyoming on Sept. 28, 2024.

Wyoming and BYU first met on the gridiron in 1922 and have played a total of 78 times. The Cougars won the last meeting 24-21 in the 2016 SDCCU Poinsettia Bowl to extend their overall lead in the series to 45-30-3.

Wyoming kicked off the 2018 season in Week Zero with a 29-7 win on the road at New Mexico State. BYU kicks off their season on Saturday, Sept. 1 at the Arizona Wildcats.