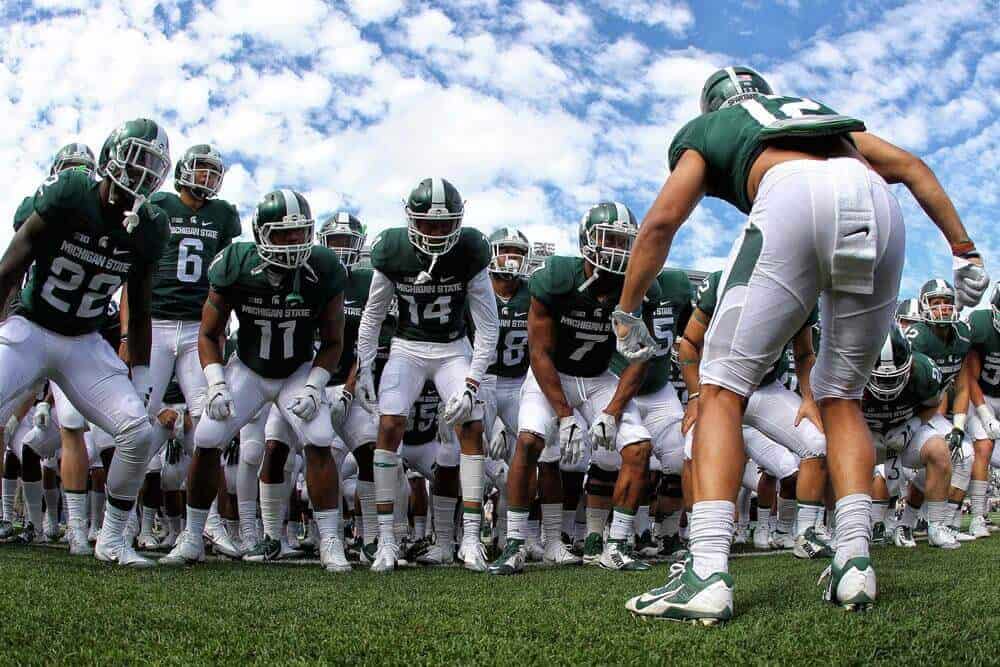 Last week we highlighted the 10 programs with the best combination of schedule difficulty and talent retention in 2017. This week we look at the reverse scenario.

Each of the schools listed below will compete this season with two significant disadvantages – a wicked set of opponents and few experienced starters.

Schedule rankings and returning starter data are both courtesy of Phil Steele.

Given its membership in the SEC West, Ole Miss consistently faces a difficult set of opponents. Even though it’s no surprise that it’s ranked in the top 25% in 2017, the No. 28 rank is “easier” relative to the No. 2 rank the Rebels earned from Phil Steele last season.

What hurts are only 11 returning starters, tying Ole Miss for the least in the SEC. Five are back on offense and six on defense. This from a team that finished 5-7 after being ranked No. 11 in the preseason AP.

Like Ole Miss, Utah has consistently been dealt Top 25 ranked schedules since joining the Pac-12 in 2011. Despite this, they’ve earned a place in the final AP Poll each of the past three seasons, posting a 28-11 record since 2014.

Also like the Rebels, the Utes return only 11 starters in 2017 – five on offense and six on defense. It’s the lowest total in the entire Pac-12.

The Panthers lose any advantage their schedule provides in a big way with only 10 returning starters. Not only is it the fewest in the entire conference, only six schools in the nation have less experience. What hurts the most is only six back on an offense that finished 2016 ranked No. 28 in the FBS in rushing.

Michigan’s schedule isn’t brutal this season. It’s the fifth most-difficult in the Big Ten and in the top 35% nationally. Of its 12 opponents, only six finished last season with a winning record.

What is cruel is the number of returning starters the Wolverines welcome back in 2017 – only five. It’s the absolute fewest in college football. Though four return on offense, only one reports back to a defense that finished last season ranked No. 2 in scoring. Michigan’s D allowed a mere 14.1 points per game in 2016, second to only Alabama at 13.0.

The Wolverines are also one of only two programs on our list mentioned in ESPN’s Post-signing day Way-Too-Early Top 25. Coming in at No. 14, they also must deal with high expectations.

Illinois’ owns the most-difficult schedule in the Big Ten in 2017. Nine of its 12 opponents made the postseason and combined the group went 92-63 (59%).

It doesn’t pair well with the mere 11 starters that return to Champaign this season – tied for the fourth-fewest in a Big Ten short on experience. It’s a tough situation for an Illini program that hasn’t posted a winning record since 2011.

The Falcons’ schedule increases a whopping 85 points in strength in 2017, up from the No. 118 rank Steele gave it a year ago. It’s the third-most difficult slate in the Mountain West, coming in after Utah State (T28) and Fresno State (7).

Throw in a mere seven starters total and Air Force will be flying against the wind this season. Not only is it the fewest back in the conference, only one FBS team (Michigan), has less experience returning. Like the Wolverines, only starter comes back for the Falcons on defense.

The Aggies do bring back two additional starters vs. the Falcons. Overall, five are back on offense and four on defense. It’s not good news for a Utah State defense that ranked No. 11 in the FBS vs. the pass in 2016.

ECU doesn’t suffer from the same level of experience depletion as others on our list, but they get hit hard on schedule strength. The Pirates’ 2017 slate went a combined 98-59 (62.42%) last season, the third-best total in the FBS ranks.

East Carolina returns 11 starters from 2016 – again, while not tragic it’s the second-fewest in the American. It also ranks in the bottom 30% in the FBS. The biggest concern is the passing game, which loses its quarterback and top two receivers. The trio led an aerial attack that ranked No. 6 in yards in the FBS last year.

The Tigers’ situation is almost the mirror image of what ECU faces in. The difference comes down to a schedule that includes nine opponents that finished last season with a winning record/ten that made the post season and four that finished in the Top 25 for LSU vs. 8/9/3 respectively for the Pirates.

LSU’s 11 returning starters earns it a tie for the bottom slot in the SEC. It breaks down to six back on offense and five back on D. The strength of last year’s 8-4 product was a defense that ranked No. 5 in the FBS in scoring, No. 13 vs. the run and No. 23 vs. the pass.

The Tigers are second of the two schools on our list also mentioned in ESPN’s premature Top 25. At No. 9, LSU has top-ten expectations to go along with a wicked schedule and high turnover.

After plummeting to a 3-9 finish in 2016, Michigan State will battle to regain national relevance against a nasty set of circumstances. State’s schedule is the second-toughest in the Big Ten, featuring nine teams that made the postseason a year ago.

If that weren’t enough the Spartans welcome back a mere nine starters, four on offense and five on defense. It’s the second-fewest in the conference and tied for the four-fewest in the nation. Only three FBS programs suffer higher depletion.

winning percent of opponets is a worthless method of measurement since it completely ignores the strength of those teams schedules…its amazing you arent able to understand this rather obvious reality.

Phil Steele’s rankings are not based on winning percentage…it’s amazing you aren’t able to understand this rather obvious reality.

Kevin , If you look at the guys spelling errors you can understand why he can talk such jibberish.