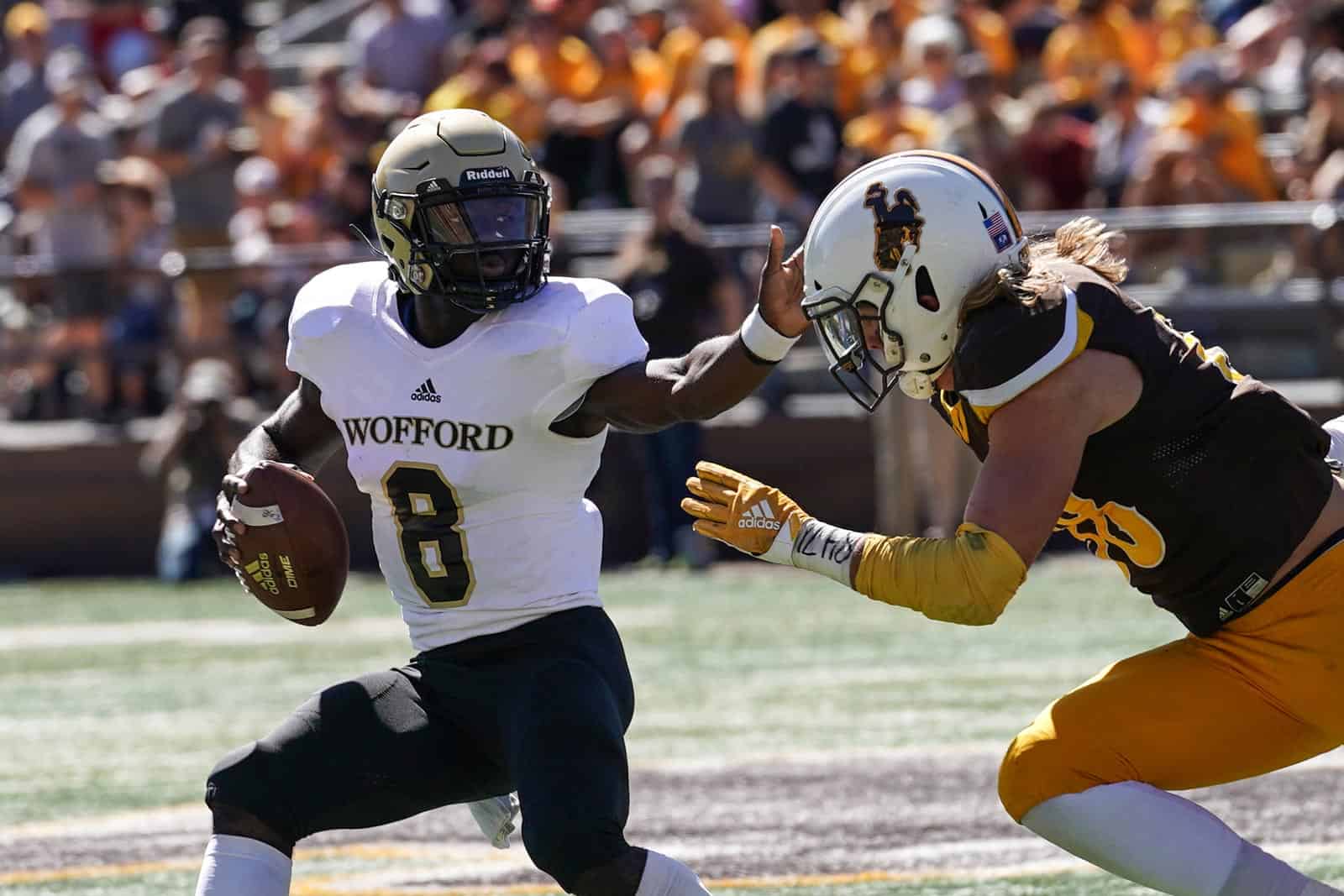 The Wofford Terriers have announced their 2019 football schedule, which includes five games at home.

Wofford will open the 2019 season on the road in Orangeburg, South Carolina, against the South Carolina State Bulldogs on Saturday, Aug. 31. This non-conference matchup was previously unreported.

Following their first open date of the season on Sept. 7, Wofford opens their home slate and Southern Conference (SoCon) action at Gibbs Stadium in Spartanburg, South Carolina, against the Samford Bulldogs on Sept. 14.

Wofford steps out of SoCon play to host the Gardner-Webb Runnin’ Bulldogs on Sept. 21 before playing consecutive conference games on the road, first at the VMI Keydets on Sept. 28. The Terriers then travel to face the ETSU Buccaneers on Oct. 5.

After their second open date of the season on Oct. 12, Wofford hosts back-to-back SoCon foes at home. The Terriers welcome the Western Carolina Catamounts on Oct. 19 (Homecoming), followed by the Chattanooga Mocs on Oct. 26.

Wofford plays their final non-conference game of the season at the Clemson Tigers on Nov. 2. That game is followed by a road trip to take on the Mercer Bears on Nov. 9.

The Furman Paladins visit Orangeburg on Nov. 16 before Wofford closes out the 2019 regular-season on the road against The Citadel Bulldogs on Nov. 23.

Wofford was selected to the FCS Playoffs in 2018. The Terriers defeated Elon 19-7 at home in the First Round, but then fell at Kennesaw State 13-10 in the Second Round and finished the season 9-4 (6-2 SoCon).