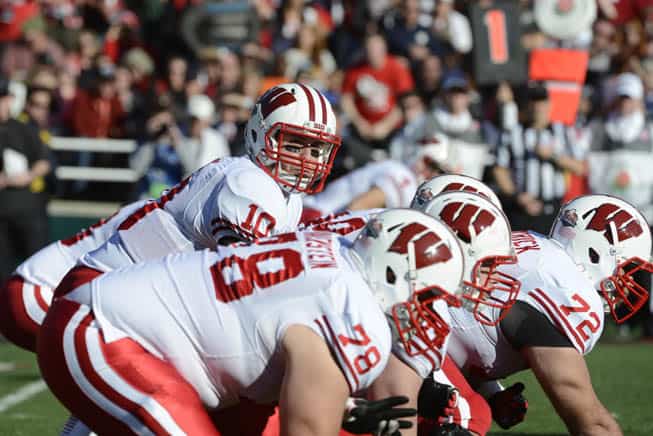 Wisconsin and Virginia Tech have postponed their 2016-17 home-and-home football series to the 2019 and 2020 seasons, The Washington Post has reported.

This is the second time the Wisconsin-Virginia Tech series has been postponed. The two schools were originally slated to meet in 2008 and 2009.

The series was postponed to allow Wisconsin to play LSU at Lambeau Field on Sept. 3, 2016, which will be the second game of a two-game neutral site series. In the first game of the series, LSU and Wisconsin will meet at Reliant Stadium in Houston on Aug. 31, 2014.

Wisconsin did not want to play LSU to open the 2016 season and then immediately travel to Virginia Tech the following week.

Virginia Tech athletic director Jim Weaver confirmed the change of the Wisconsin series to The Washington Post on Thursday.

“I can tell you for sure that the Wisconsin situation is solid because we signed a contract addendum,” Weaver added.

Weaver also stated that they have added a “major conference opponent” as a replacement for Wisconsin for the 2016 and 2017 seasons, but declined to reveal the particular school until the contract is finalized.

This is a consequence of the obsession with 9 game conference schedules. It’s going to ruin the regular season and compelling non-con match-ups. Sadly, the NCAA and college football in general is so inept right now due to focusing on arms races and finding ways to “break away” that it’s ignoring one simple change that would allow the 9 game schedule and keep 4 non cons — a 13 game regular season. Couple that with the elimination of the insanely stupid conference championships, which often pit some great team against a poor team in the other division, you’d give everyone a fair shot at 13 games, versus giving some teams 12 and some teams 13. And you’d prevent reschedules like this.

12 game schedules are fine,and so are 9 game conference schedules. With new playoff, teams need to beef up their OOC’S. 2nd time this series has been postponed, and wouldn’t be surprised for it to happen a 3rd time.