Which new Power Five head coach has the most difficult start in 2021? 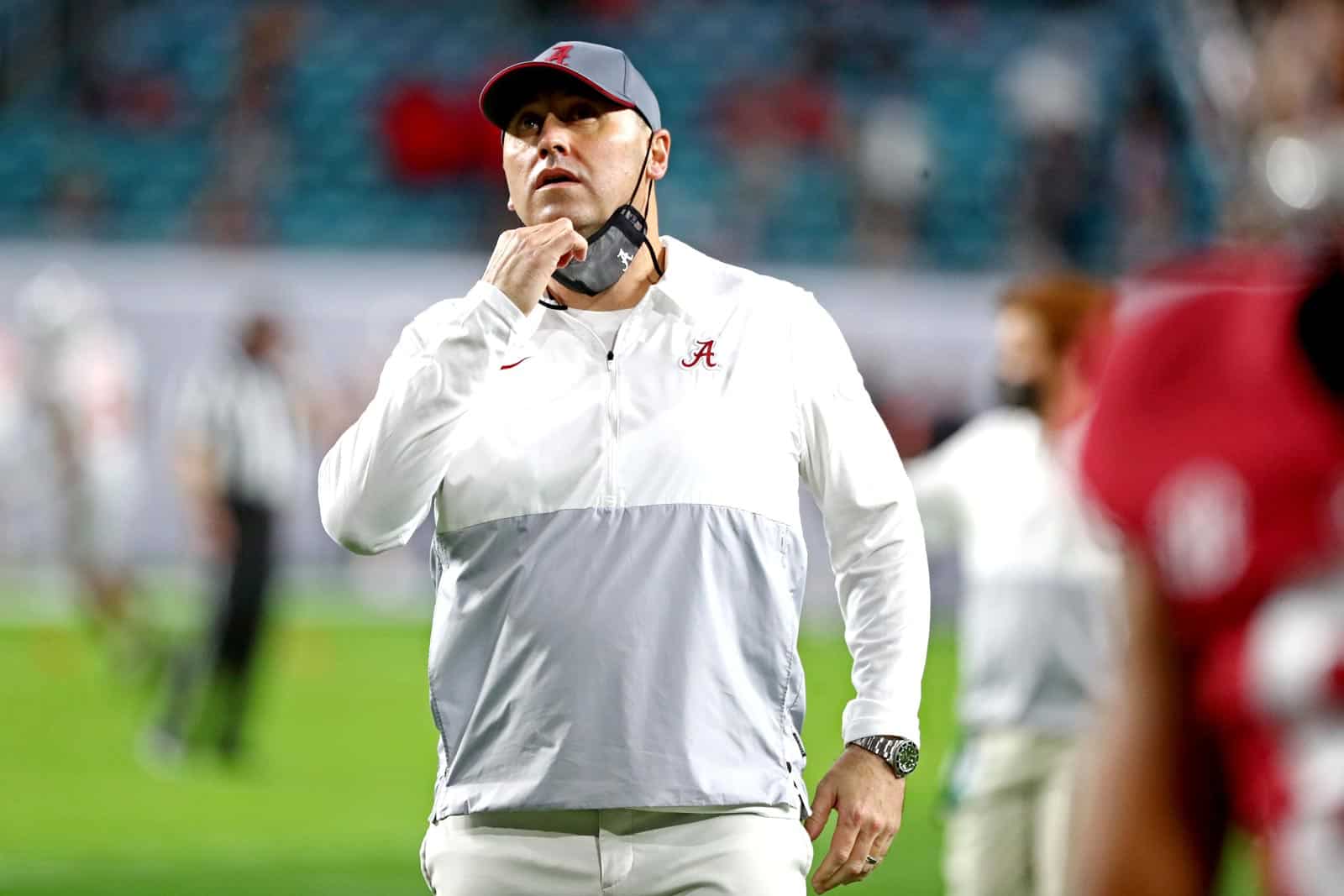 What each of these leaders’ share are the expectations associated with the biggest stage in college football. It’s a truth that is universal whether the new hire is taking over a program that’s stacked with talent and positioned to make a run or – instead – a club struggling to end a long streak of losing.

The anticipation associated with a head coaching change leads straight to September. How will we look under the new regime? Has our administration made a good choice? Is there room for hope?

It’s what makes the first several games of a new head coaches’ tenure so important. It’s the ultimate first impression. And as much as it presents an opportunity, it’s fraught. Because, as has been well documented, not all schedules are created equally. Where one guy will play a series of pushovers, start 4-0 and suddenly land in the Top 25, looking like the “answer”, another guy will face a couple of powerhouses, hit 2-2 or even 1-3 and seem like a terrible fit.

A long-time NFL assistant, Jedd Fisch has only made a handful of stops at the college level. He was a graduate assistant at his alma-mater Florida (he didn’t play college ball) from 1999-2000, was the OC/QB coach at Minnesota from 2009-10, served in the same role at Miami Fla. from 2011-12, was the passing game coordinator at Michigan from 2015-16 and finally was the OC at UCLA in 2017. His only head coaching experience – at any level – came in the two games he served as the Bruins’ interim after Jim Mora was fired.

Fisch takes over for an Arizona program that has only posted one winning record in its last five tries. The upside is, he won’t lead the Wildcats against a true Power 5 member until their Pac-12 schedule kicks off in late September. He’s got a great opportunity for a 3-0 start.

Brian Harsin spent the last seven years leading his alma mater – Boise State – to a 69-19 mark that included five double-digit finishes and three conference titles. Prior to that, in 2013, he was the head man at Arkansas State where he engineered a 7-5 finish and a Sun Belt championship. His only Power 5 coaching experience came in his two seasons as the OC at Texas from 2011-12.

Josh Heupel’s 28-8 mark in three seasons at UCF (2018-20) – also his only experience as a head coach – were enough to earn him the Tennessee job. His most recent experience at a Power 5 program came in 2016-17 when he served as the OC at Missouri.

Though Heupel has two Power 5 opponents in his first four games, he’s got a solid chance of igniting the fanbase with a 3-0 start before trying to score the Vols’ first win in Gainesville since 2003.

The son of legendary Virginia Tech head coach Frank Beamer, South Carolina will be the stage for Shane Beamer’s head coaching debut. Beamer the Younger spent four seasons (2007-10) as a defensive assistant for the Gamecocks before taking on a string of offensive roles. He coached running backs at Virginia Tech (2011-15), tight ends at Georgia (2016-17) and most recently tight ends at Oklahoma (2018-20). He’s never served as an offensive or defensive coordinator.

Beamer should be off to a 2-0 start when he leads his Gamecocks vs. Georgia in Athens, where they scored an upset win during their last visit in 2019 but haven’t earned back-to-back victories since 1989/93.

Fresh off three seasons as Notre Dame’s DC, Vanderbilt marks Clark Lea’s first head coaching job at any level. Lea played fullback at Vandy from 2002-04 and then has traveled the country coaching linebackers in the college ranks. Stops at FBS programs include UCLA (2009-11), Bowling Green (2012), Syracuse (2013-15), and Wake Forest (2017).

Lea takes over for a Commodore team that’s 3-18 over the last two seasons, its most recent win coming on Nov. 23, 2019 vs. the same East Tennessee State program that it will open its 2021 campaign against. Though a 2-2 start is plausible, one upside is getting the first two Power 5 foes at home in Nashville.

One of only two new Power 5 head coaches not to have an FCS opponent to pad their schedule, Sarkisian also opens vs. Louisiana, which ESPN has at a lofty No. 19 in its early rankings. Though it’s likely that he’ll begin his tenure in Austin with four consecutive wins, the only true gimmee (unlike most of his cohorts on this list with at least two such opponents) is Rice.

Like Sarkisian, Illinois is Bret Bielema’s third opportunity as a college head coach. Bielema went 68-24, including winning three consecutive Big Ten titles, from 2006-12 at Wisconsin before struggling to a 29-34 mark at Arkansas from 2013-17. Since then, he’s spent three seasons in the NFL, bouncing between the New England Patriots and the New York Giants.

The only new Power 5 head coach to face three Power 5 opponents in his first four outings, Bielema may struggle to immediately convince Illini fans – which have suffered through nine-straight losing seasons – that he’s the answer to their woes.

I can’t say any of these slates look particularly difficult save for the SC game between the hedges (Gainesville too tho the Gators lost a ton). The most competitive game may be Louisiana at Texas